Food safety will be the focus of World Health Day 2015

World Health Day will highlight the challenges and opportunities associated with food safety under the slogan “From farm to plate, make food safe”… 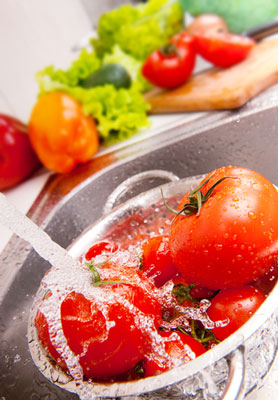 World Health Day will be celebrated on 7 April 2015, with the World Health Organisation (WHO) highlighting the challenges and opportunities associated with food safety under the slogan “From farm to plate, make food safe.” Unsafe food can contain harmful bacteria, viruses, parasites or chemical substances. WHO has started issuing the first findings from what is a broader ongoing analysis of the global burden of foodborne diseases. The full results of this research, being undertaken by WHO’s Foodborne Disease Burden Epidemiology Reference Group (FERG), are expected to be released in October 2015.

Some important results are related to enteric infections caused by viruses, bacteria and protozoa that enter the body by ingestion of contaminated food. The initial FERG figures, from 2010, show that:

WHO Director-General Dr Margaret Chan says: “A local food safety problem can rapidly become an international emergency. Investigation of an outbreak of foodborne disease is vastly more complicated when a single plate or package of food contains ingredients from multiple countries.”

Efforts to prevent such emergencies can be strengthened, however, through development of robust food safety systems that drive collective government and public action to safeguard against chemical or microbial contamination of food.

At the consumer end of the food supply chain, the public plays important roles in promoting food safety, from practicing safe food hygiene, to reading the labels when buying and preparing food. The WHO Five Keys to Safer Food explain the basic principles that each individual should know all over the world to prevent foodborne diseases.

“It often takes a crisis for the collective consciousness on food safety to be stirred and any serious response to be taken,” says Dr Kazuaki Miyagishima, Director of WHO’s Department of Food Safety and Zoonoses. “The impacts on public health and economies can be great. A sustainable response, therefore, is needed that ensures standards, checks and networks are in place to protect against food safety risks.”

For out more about World Health Day at www.who.int/world-health-day.

You can find out more about food safety in the first 2015 issue of New Food Magazine.