A spicy dish a day may keep Alzheimer’s away

There is currently no known cure for Alzheimer’s disease, but new research linking the memory-impairing illness and the consumption of spicy food may offer hope. 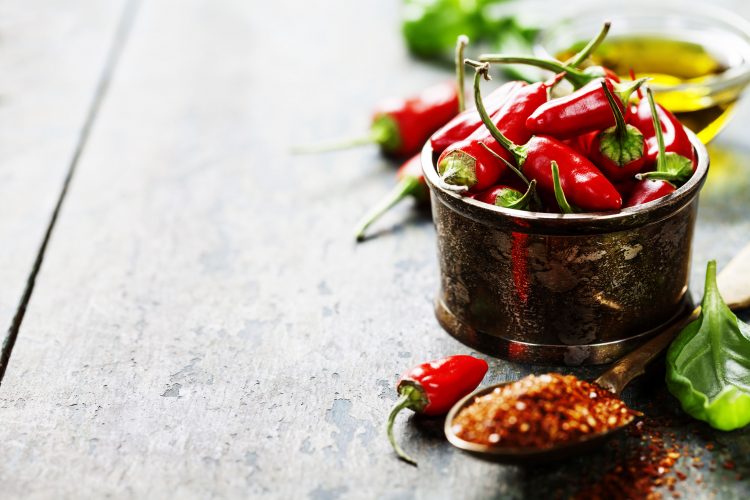 It was previously thought that spicy food might have been a contributing factor to cognitive illnesses such as Alzheimer’s disease.1 However, new research has indicated the opposite; that consuming such foodstuff could in fact help keep this illness at bay.

According to a study published in Chinese Medical Journal, scientists from Third Military Medical University, Qingdao University and Fudan University have identified a link between the consumption of spicy food and the levels of biomarkers associated with Alzheimer’s.

The team performed two parallel studies – one case-control study with equal numbers of patients with Alzheimer’s disease and individuals who were ‘cognitively normal’, and another cohort study with double the number of individuals without the disease. They assessed spicy food consumption using a ‘Food Frequency Questionnaire’ (FFQ) that highlighted the consumption frequency of a fixed number of spicy food items by these individuals, during the period of assessment.

In addition to this, they also performed a ‘Mini-Mental Status Examination’ (MMSE), the scores of which determined if the assessed individual had no, mild, moderate, or severe cognitive impairment. They then compared the FFQ results with the levels of Alzheimer’s-related biomarkers in the patients.

The case-control study showed that those with Alzheimer’s disease consumed less spicy food, compared to those deemed cognitively normal. They also found that FFQ scores positively correlated with MMSE scores, implying that consumption of spicy food can alter the cognitive state and may serve as a preventive strategy against cognitive decline. Their findings were reinforced by similar results from the cohort study.

“Spicy food consumption is closely related to higher cognition levels, and reversed Alzheimer’s disease biomarkers in the cerebrospinal fluid, suggesting that a capsaicin-rich diet might have the potential to modify the cognitive status and cerebral pathologies associated with Alzheimer’s disease,” said Dr Yan-Jiang Wang, the corresponding author of the study.

Capsaicin is currently used in topical creams and gels to relieve intractable neuropathic pain, uremic pruritus and rheumatoid arthritis, and may be used to help treat Alzheimer’s in the future too.

While more research is needed, this study does suggest that spicy food may indeed prove useful in the search for a cure to this debilitating disease.