A guide to microbiological testing

What are the challenges to be aware of in food analysis? ALS microbiologist, Andy Muirhead, looks at some common uncertainties and issues of note, while clarifying reasons behind some testing practices. 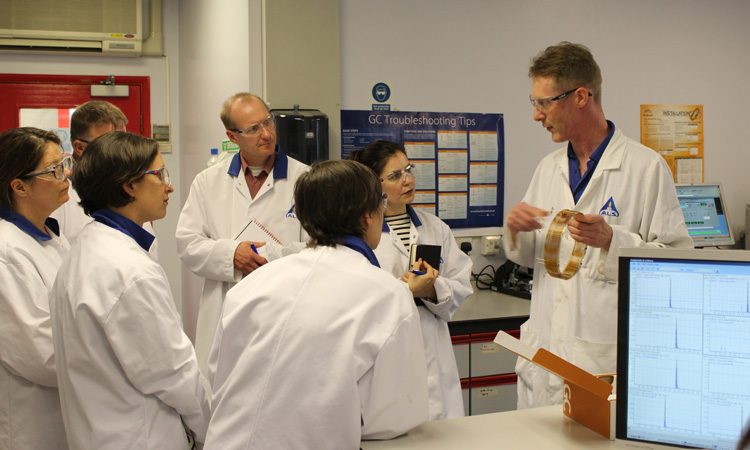 One of the biggest challenges in food microbiology is that microorganisms are not distributed evenly within any food sample. Some may prefer to live and grow on the surface of the food, whereas others are better suited to grow in the central core of the product.

When a food product is comprised of several different ingredients, each individual ingredient may have its own microbiological loading. This may significantly affect the result, depending on how much of that ingredient is included in the sample portion. Multi-component products will also have a variety of intrinsic properties such as moisture, water activity and pH, and these too will all influence whether microorganisms can grow or are inhibited from growing during the normal storage conditions of the product.

Due to this uneven distribution of both the microorganisms and the conditions that affect their growth within a single food matrix, a microbiologist will quite naturally obtain a range of results when a food product is sampled several times. We could reduce this effect by using the whole of the sample; but as food samples must be diluted, typically in a ratio of 1:10 (as samples must be liquid in order to perform our tests), we would use an inordinate amount of sterile diluent. For that reason, we select what we hope is a representative portion of the total sample on which to perform our test.

This is the main cause of the variability that is often seen when two apparently ‘identical’ samples give what appears to be significantly different results. Laboratory results are only representative of the sample portion at the time of testing, rather than the whole sample. Add to this the uncertainty of measurement of the test, and the probability of obtaining identical results from two portions of the same sample becomes even more unlikely.

The lab performs many functions in order to follow the methodology of the test, including weighing the sample, adding the diluent, pipetting volumes into petri dishes and incubating the plates at specific temperatures for prescribed times. As with any process, all of these stages have weight/volume/temperature and time tolerances applied to them; and while the effect of one specific difference (although still being within the stipulated tolerance values) will be minimal, the cumulative effect of all of these slight differences may be more noticeable. It is therefore quite normal for two identical samples to still have slightly differing results when all of the manipulations have been performed correctly and within the prescribed tolerance values. 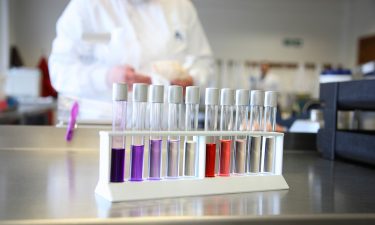 In the absence of 100 percent inspection, the degree of assurance derived from a result relies on the application of statistical techniques to sampling and depend on the number and size of samples taken. A well thought-out and risk-assessed sampling plan will (over time) provide some assurance of the likely microbiological burden of the product and provide an insight into the likely impact of the manufacturing process on food safety and quality.

There must be nothing more frustrating than when your lab contacts you to state that they have isolated a presumptive pathogen on one of your ready-to-eat products. Invariably this seems to happen late on a Friday night, especially if it’s a Bank Holiday weekend and when half of your technical team are on holiday.

When the ‘presumptive’ pathogen fails to confirm, you will probably be left wondering what on earth has gone on, so hopefully we will attempt to provide an explanation.

If pathogens are present in a sample, they are often there in relatively low numbers compared to other bacteria that may be present. We therefore employ a selective enrichment step, which is designed to promote the growth of the target pathogen while making it difficult for the other bacteria to grow. We then use a screening test, which filters out all the negative microorganisms but alerts us to anything that could be the target pathogen.

This is what happens at the presumptive stage of the test. It’s a bit like assembling a police identity parade. All of the usual suspects could be the guilty pathogen, but in reality many of them are innocent.

We are often asked why the screening tests are not more specific so that only the genuine target pathogen will trigger a presumptive result. The reason is that many of the pathogens we encounter have been damaged by the food manufacturing process. They will have been exposed to many factors such as cooking, chilling, low moisture, low pH, adverse atmospheric environments and may also face competition from other bacteria in fermented products. All these factors cause the target bacterial cells to be ‘stressed’ and behave in an atypical manner. If we made that initial screening test too specific, there is a real danger that we would miss some genuine pathogens because they are not behaving in the conventional and expected way. 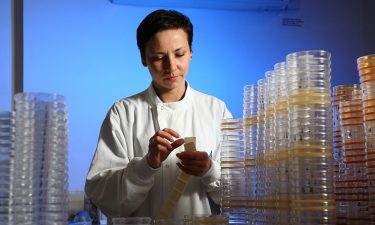 Variable results in ‘identical’ samples can be due to uneven distribution of microorganisms.

Once we have arrived at the presumptive stage, we can then employ the more specific identification and confirmation steps to see if the presumptive pathogen is in fact the target organism that we have been looking for. To complete the police line-up analogy, the suspect is charged and arrested based on his or her height, weight, hair colour, skin tone, facial appearance, fingerprints and DNA. In the lab, this assessment is performed by a mixture of biochemical identification, serology, mass spectrometry and analysis of the bacterial genetic material.

Remember that each sample is different, so do not be tempted to assume that the confirmed result of a presumptive notification will be based on historical data. Just because the presumptive result failed to confirm on the same product previously, does not mean that it will automatically fail to confirm this time.

Furthermore, the lab cannot give any sort of assurance on the likelihood of any individual presumptive confirming or not confirming, as it simply is not possible.

One recent advantage is the adoption of rapid confirmation techniques such as MALDI-TOF (mass spectrometry) and PCR (molecular tests), which at least make the confirmation stage quicker and reduce the stressful time waiting for the confirmed result.

Listeriosis has featured heavily in the news; of most recent note is the tragic death of five hospitalised patients who contracted the disease from outsourced pre-prepared salads and sandwiches.

Listeria monocytogenes is actually commonly encountered and can occasionally be present in a number of different food matrices. It seldom seems to cause problems in healthy individuals, but for those people who have an impaired or weakened immune system, the effects can be devastating.

The organism can travel through the body, using food as a vector to gain entry, and migrate through the intestinal wall to other parts of the body such as the brain or the unborn foetus. This is why pregnant women are advised to avoid the consumption of such high-risk foods as pâté, soft cheeses made from unpasteurised milk and smoked fish.

Listeria monocytogenes is a species of psychrotropic bacteria, which means that it is capable of surviving or even thriving in extremely cold environments. It therefore causes problems in those long shelf life‑refrigerated products mentioned above. Although sandwiches have a relatively short shelf life, some of its ingredients may have a longer life and therefore potentially be at risk of Listeria contamination.

The Food Standards Agency (FSA) has issued a list of groups vulnerable to Listeriosis. These include cancer patients, patients undergoing immunosuppressive therapy, unborn and newly delivered infants, pregnant women, people with diabetes, alcoholics and the elderly.

As more medical interventions include some form of immunosuppressive therapy, and as our ageing population and people diagnosed with conditions such as diabetes increases, the number of individuals in these vulnerable categories grows. It should therefore come as no surprise that the threat from Listeriosis looks set to increase over the coming years.

If you would like any advice on any of the above, then please do not hesitate to contact ALS on 01354 697 028 or email [email protected] and we will be happy to help.

Andy Muirhead joined The Leeds Public Health Laboratory in 1980, working in the clinical bacteriology, virology and environmental hygiene laboratories. In 1987, he founded PMS Micro Limited, a contract food testing laboratory situated in Leeds. After running the business for 24 years, he sold the company to Eclipse Scientific Limited. In 2012, following the acquisition of Eclipse by ALS Food & Pharmaceutical, Andy was given the role of Company Microbiologist.

2 responses to “A guide to microbiological testing”