Reinventing crisps, one bag at a time

When we set up Fairfields Farm Crisps in 2006 we never expected that in just 10 years we’d be exporting to 15 countries around the world and selling our products through national retailers and pubs, as well as on airlines and trains. From a humble potato, our business has certainly grown. 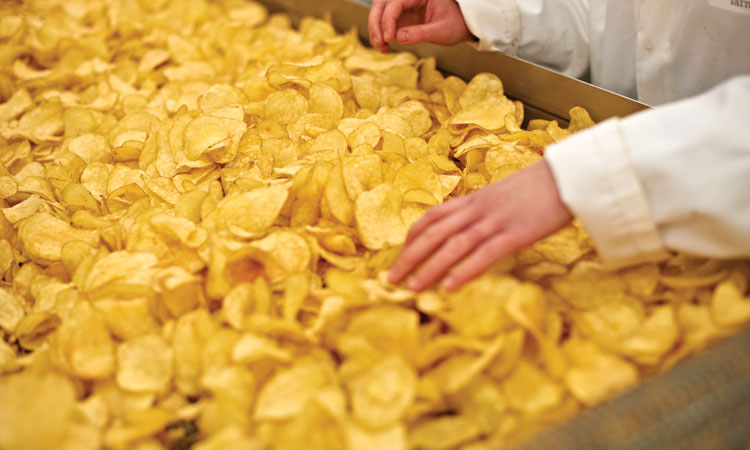 As a third-generation potato farm, diversification seemed a natural choice to me. We wanted to create something special from the potato crop we grew, that would really communicate high quality, genuine provenance and honesty. Also, I am rather fond of crisps and always have been!

Back in 2006 there were very few hand-cooked crisp brands on the market so competition wasn’t nearly as fierce as it is today. We targeted the independent farm shop and deli sector and joined forces with other like-minded producers such as Suffolk Farmhouse Cheeses, Aspall’s and Wicks Manor, to offer a selection of the highest quality crisps with true provenance – from field to pack. We focused mainly on potato varieties, but did introduce one parsnip crisp to our range, our Parsnip and Essex Honey which has always been popular. 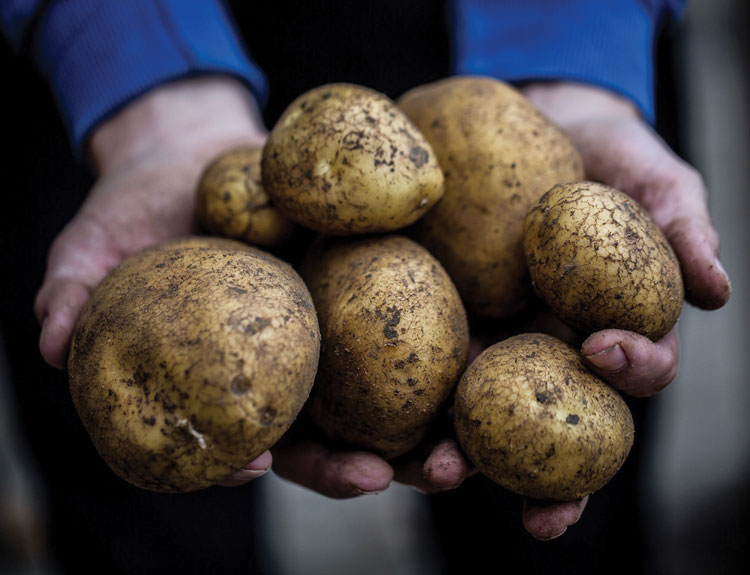 As a third-generation potato farm, diversification seemed a natural choice

The early days of setting up the brand were hard. Making the transition from being just a grower, to being a grower, manufacturer and distributor of crisps meant there was a lot to learn and a lot of trial and error. We had to acquire new skills and also build resource and experience within our team of employees. The hard work and dedication of our team from the farm, sales and manufacturing operation has been essential to our growth.

Within five years we’d firmly established our Fairfields Farm Crisps brand in the premium snack market, but the competition was growing. Looking back, I’d say the scale of the business changed when we landed our first large retail and airline accounts. We realised at that point we were on the map and that the level of resource, effort, knowledge and re-investment required needed to be increased. So that’s what we did; if you want to grow you need to make it happen, it won’t come to you.

So, in 2011 we made the decision to take the business a step forward, by opening our own on-site factory just metres from the fields. It was a substantial investment and one that took months of planning and building. There were many obstacles: planning applications, accreditations and funding; but the result was that we could harvest, wash, grade and pack our potatoes, and manufacture our crisps, within only a few metres of our fields. At the same time we built our own cold stores to allow us to store our potatoes on site after harvest and keep them in top quality condition all year round.

The factory made a fundamental difference to our business; it allowed us to offer that much sought-after provenance that so many people were demanding, whilst also giving us full control of our production so we could react to trends and demands for new flavours and variants more easily. This in turn gave us a fighting chance to stay competitive in the sector. 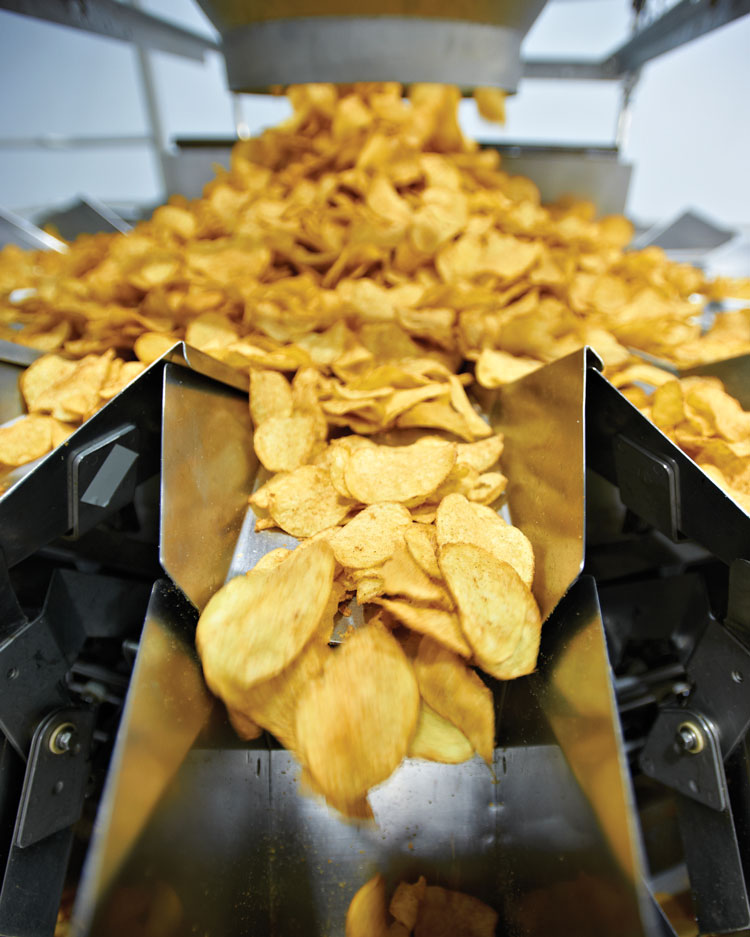 Making the transition from being just a grower, to expanding into manufacture and also distribution of crisps meant was a hard task, but one we achieved with the aid of our dedicated team.

Ten years on and the fundamental ideologies we set out with in 2006 remain the same. The independent retail sector is still the lifeblood of our clientele and we still work closely with other small businesses that are local to us in East Anglia to provide that point of difference. However, the landscape for the snack market has changed dramatically and we are now more noticeably recognised as a brand that is available national and beyond UK shores.

The crisp sector is now incredibly competitive, with brands launching all the time and a constant demand for something new from the consumer. Larger brands have also cottoned onto the ‘artisan’ concept, so we’ve had adapt to that to survive. We have found that in the fast moving snack industry innovation is key and our work on NPD is vital to our success moving forward.

We are still a relatively small business, with only 30 employees, so competing with the big boys is a challenge, but fortunately we can use our size to our advantage and react to trends quickly. For example, two years ago we launched our Kelly Bronze Turkey, Sage & Onion Crisps, followed by our Adnams Ghost Ship Ale Crisps. Both were local collaborations that have been hugely successful and cemented our brand as one that cares about provenance and locality.

However, it has been in the last two years that we feel we’ve truly put Fairfields Farm Crisps on the map. At the start of 2016 we won the East of England Co-Op Local Producer of the Year Award. It was a real testament to all our hard work and gave us national recognition. It also pushed us to consider new ways to extend our brand and new areas to move into.

One sector we recognised for growth potential was healthy snacking and in 2016 we launched our first product aimed at a new wave of clean-eating consumers – our Lentil Bites.

Produced using lentil flour, Lentil Bites are low in fat and low in calories and offer a slow-release of energy, which appeals to healthier consumers. We developed Lentil Bites in mid 2016 and launched them at the Speciality & Fine Food Fair. The response has been overwhelming.

We timed our move into the healthy snacking sector carefully. We’ve had interest from larger retailers, more enquiries from retailers and distributors overseas and new recognition within the snack market. We are now looking at developing more healthy snack products as this market is certainly growing.

The next few years is likely to bring a whole new range of challenges and changes, but running a business is all about evolving and we’re lucky to have a strong team who all care about the brand. We have lots of plans for the farm and our products and see a bright future for Fairfields Farm and the snack sector as a whole.

Robert Strathern is a third-generation potato farmer and founder of Fairfields Farm Crisps based in Essex. He lives and works on the farm with his wife and two children. 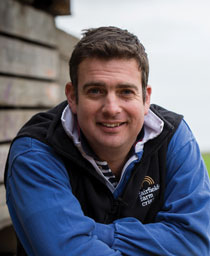