Humans depend on many different plants as food sources, but since ancient times it has been cereals which prove most important amongst them. Cereals are produced and cultivated on an annual basis, Iqra Yasmin, Food Innovation Center, University of Nebraska, investigates just why this ingredient is of such importance 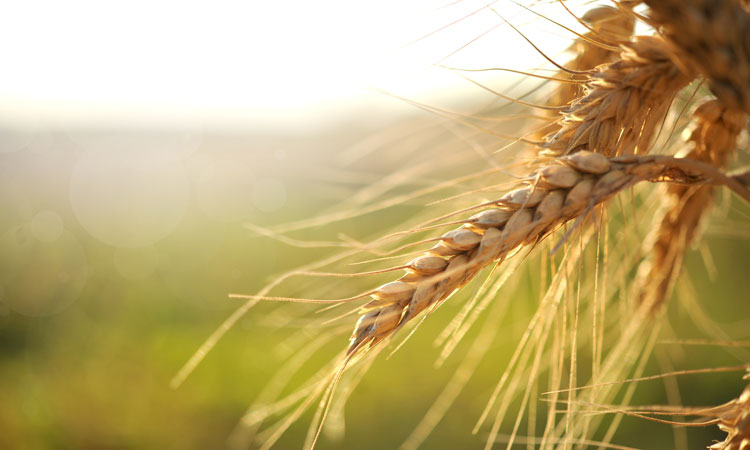 Cereals are seeds/grains of grasses and are cultivated in order to obtain the largest bounty of their fruit (seed) which consists of germ, endosperm and bran, and is also referred to as the caryopsis. Important cereals are wheat, rice, maize, oat, barley, rye, millet and sorghum. All cereals belong to the Gramineae family – other important crops included in this family are bamboo and sugar cane. Cereals are cultivated in huge amounts, and are used as a staple food in most of the developing countries as they provide more energy.

There is a long list of benefits for cereals grain, and they are an important part of our daily diet. Cereals can grow in adverse environmental and bad soil conditions, and the yield of cereal grains is not compromised due to harsh environmental conditions. They give the highest yield when compared to most other crops. After harvesting, the storage conditions can influence the nutritional value of cereals, but as cereals are a stable food with a low moisture content, they can be stored for a long period of time without effecting the nutritional value.

We can get the idea of the importance of cereals, as total annual yield is 2000 million tonnes compared to the yield of root (700 million tonnes) and legumes and oil seed crops (380 million tonnes). Cereal grains are easy to carry, package and transport from one place to another, and are used as an ingredient in many products, for example porridge, breakfast cereals, bread, cereal based beverages etc. 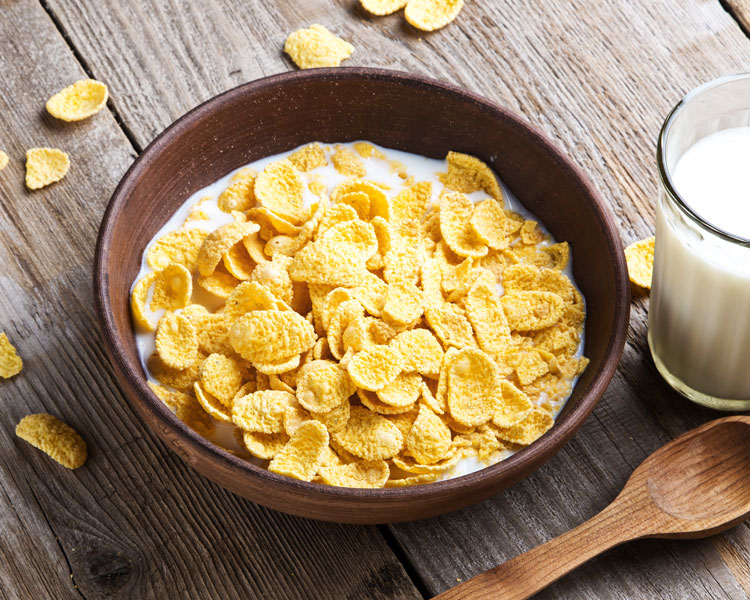 Corn is a staple cereal in continents like South America and Africa, as well as being the key ingredient in popular breakfast cereal, cornflakes.

Per capita consumption of cereal grains are increasing especially in developing countries like Southeast Asia. There are many ways to eat grains as a whole or milled or processing in other ways to make a flour, in addition of other ingredients like sugar, salt, spices, oil, bran, starch, dried form, soups, and desserts. Cereals are also used as a feed for animals that provide us milk, butter, egg, cheese and other dairy products.

Cereals contribute 75% of calories and 67% of protein intake and are the most important source of food all over the world with 60% of calories and protein consumed provided by cereals. Cereals provide 10000-15000kJ/Kg of energy, approximately 15-20 times more than fruits and vegetables. Wheat is used as a staple food in most countries. Wheat flour is used to prepare wide range of breads, biscuits, vital wheat gluten, noodles confectionery products and cakes. Whole wheat is a good source of dietary fibre, carotenoids and antioxidants, phosphorus, calcium, potassium, magnesium and niacin. These nutrients are helpful to prevent heart diseases and prevention and treatment of some digestive disorders as well as block the cancer promoting effect of bile. Whole wheat improves insulin sensitivity and prevents diabetes, as well as lower the risk of breast cancer by affecting hormone levels. Zeaxanthin along with Carotenoid Lutein is important for the health of human eyes and skin.

Rice (Oryza sativa) according to the figures (annual production of 652 million tons in 2007) is the second most important cereal in the world. Rice is an excellent source of calories because of its starch content. It contains 75-80% of starch, 7% of protein, 0.4-0.8% of lipids and 12% of water. Rice flour protein is of highly digestible quality and contains lysine 4.1mg/100g of protein higher than wheat. In addition it contains thiamin, riboflavin, niacin and amino acids in balanced quantity. Dry matter of milled rice contains 90% starch content and remaining is lipids, protein and ash. Rice provides 20% world’s dietary energy, contains proteins of high biological value, higher coefficient efficacy and balanced essential amino acids. Brown rice contains a bran layer which contains many bio functional and nutritional compounds. It can be consumed as parboiled rice, brown rice or white rice (instant rice), and the flour can also be used in baked products or fermented infant foods, breakfast cereals and also to create gluten free foods, starch and derivatives of starch. Rice protein, because of its low hyper susceptibility, is a tremendous alternate of powdered milk for babies.

Other cereals of note

Barley: It is highly nutritious and important for malting. Mostly used as a breakfast cereal with oat, it is also used as a feed for animals. It is mostly grown on land which is not capable of growing wheat.

Sorghum: Highly nutritious and used as a feed for livestock.

Millet: Mostly grown Asia and Africa, millet porridge is popular in China, Russia and Germany. It can also be used to make alcoholic beverages, as an animal feed and bird feed.

Oats: A staple cereal in Scotland, they are highly nutritious and used as breakfast cereals in more than half of the world. Due to high content of fibre it is popular to reduce weight and for lowering blood sugar level.

Rye: The cereal grain of cold climates, used for making beer, breads, whiskeys, vodka and also use as animal fodder.

Maize: Corn is a staple cereal in continents like South America and Africa, and used as an animal feed worldwide. Cornflakes are also a popular cereal globally.

Iqra Yasmin is a PhD student in the field of Food Science & Technology from the National Institute of Food Science and Technology, University of Agriculture Faisalabad, Pakistan. She received her Bachelor’s degree in Agriculture and Master’s degree in Food Science and Technology from the same University. Currently she is in UNL in Food Innovation Center as a visiting research scholar and working with Dr. Changmou Xu. Her research project has been focused on the utilisation of oat and barley in the development of cereal based fermented products. She has also been focusing on encapsulation techniques to increase the survivability and stability of probiotic during processing and storage.

University of Agriculture Faisalabad in Pakistan

By Iqra Yasmin - PhD student at University of Agriculture Faisalabad

University of Agriculture Faisalabad in Pakistan

4 responses to “Cereal grain health benefits as a functional food”