It has been over a year since the Directive 2009/39/EC on foodstuffs was repealed. The directive was targeted at particular nutritional uses known as the PARNUTSs Directive and was replaced by the new Regulation (EU) 609/2013 on Food for Specific Groups (FSG Regulation) which entered into force on 16 July 2016. ECCO’s Petr Mensik explains the changes between the directives as well as the resulting impact on food labels.

In contrast to the PARNUTs Directive, which regulated food consumed by persons with particular nutritional requirements, including infants and young children, persons with digestive system disorders, athletes and people on low-calorie diets, the scope of foods under the new FSG Regulation is narrower.

The new regulation, as well as related implementing acts, set the compositional and labelling rules only for some of the categories covered in the past by the PARNUTs Directive. Some of the food categories, for example gluten-free and very-low gluten foods, are regulated under new legislation1 but for some food categories there is no longer specific EU legislation. This is the case of young child formula for children aged 1-3 years (so called “growing-up milks”) and foods intended for sports people. The European Commission in both its reports analysing the need to establish special rules for young-child formulae and food intended for sports people concluded that there is no need to set specific rules for the two categories and that these products can be regulated under the general legislative framework applying to foods. This raises questions especially for sports food, for which, the Commission report recognises that this category may include some element of specificity that may have to be taken into account by the Commission in the application and implementation of the horizontal rules.

As regards the categories covered by the FSG Regulation, under the new rules laid down in Commission Delegated Regulation (EU) 2016/127 supplementing the FSG Regulation, from 22 February 2020 it will no longer be allowed to make a nutrition claim for optional ingredients in infant formula. The only exception is a statement regarding the addition of docosahexaenoic acid ‘contains Docosahexaenoic acid (as required by the legislation for all infant formula)’ or ‘contains DHA (as required by the legislation for all infant formula)’ which can be used only for infant formula placed on the market before 22 February 2025. The mandatory addition of docosahexaenoic acid to infant formula and follow-on formula is a new requirement introduced by the Delegated Regulation; however DHA was allowed on a voluntary basis under the PARNUTs Directive therefore the statement is allowed for a limited period of time in order to avoid confusion.

For follow-on formula, the changes introduced by the Delegated Regulation include restriction of health claims made on these products. From 22 February 2022 the health claim related to hydrolysed protein and reduction of risk of developing allergy to milk proteins will be the only permitted health claim on follow-on formula and will be authorised by the Commission on a case by case basis, after a scientific assessment by EFSA on the basis of appropriate studies, performed on the specific product.

Specific compositional and information requirements for food for special medical purposes which are also in the scope of the FSG Regulation are laid down in Commission Delegated Regulation (EU) 2016/128, applicable from 22 February 2019, which also bans the use of nutrition and health claims on these products. The same approach has been introduced in the draft Delegated Regulation on Total Diet Replacement which is another category included under the FSG Regulation. The Draft Regulation, which has been criticised by the industry also for the proposed compositional requirements, was submitted for scrutiny to the European Parliament and the Council in June this year.

For young child formula and sports food, which do not fall under the scope of the FSG Regulation, there are many questions still to be answered. Without a specific legal framework, young child formula will no longer be differentiated from other products for general consumers, and inter alia, will be subject to adult nutrient reference values which are not appropriate for young children. Therefore, Member States may start developing their own national rules to regulate these products.

For sports foods the new situation raises questions about the labelling elements which are not covered by the general framework for labelling of food2 used to better inform sports people about their particular nutritional characteristics and instructions for use, as well as the specific nutrition and health claims on sports foods which differ from the claims made on foods for the general population with different nutritional needs. Sports foods may also contain vitamins and minerals in amounts below what is considered as a “significant amount” due to the specific nutritional needs during physical activity. Therefore, labelling of these products needs to be further addressed in the EU legislation. 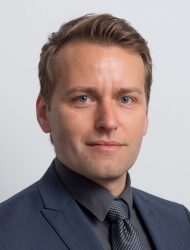 Petr Mensik is ‎EU Affairs Manager at The European Consulting Company (ECCO). After completing an engineer’s degree in quality assurance and food technology from the Czech Agricultural University in Prague, he worked for several years at a large multi-national food and drink company in the fields of nutrition, consumer communication, regulatory affairs and quality assurance.