Brexit continues to dominate not just UK and European headlines but it seems the whole world is watching. The British economy owes a lot to the food and beverage industry, which employs an estimated 13% of the population and in turn is heavily dependent on British farming. Roy Manuell, Junior Editor, explores how the effect of Britain’s exit from the European Union on its agricultural and farming sector could still go either way. 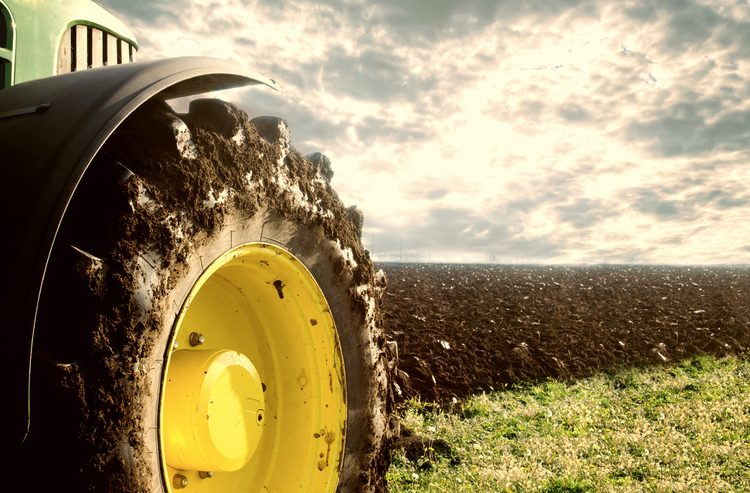 Food and beverage production might represent the UK’s last remaining bastion of manufacturing power. Greater than the automobile and aerospace industry combined in terms of GDP output, it is an undisputed key contributor to the British economy. It is therefore imperative that Brexit proves a friend not foe to the UK food and beverage sector. Within the industry, British farming plays an integral role in economic output: Including agriculture, it is thought that the food and beverage sector employs over 13% of the UK’s working population and we must consider that reportedly 55% of UK agricultural income is driven by EU subsidies. This article questions – in light of its domestic economic importance, what the wider impact of Brexit will be on British agriculture if European subsidies are no longer granted?

The issue has two routes, many experts believe. On the one hand, Brexit embodies a menacing rupture to British food and agricultural infrastructure from which the UK may never recover. The other side of the debate argues that Brexit itself presents a unique and exciting opportunity for reform.

We must first look at the hypothetically crippling Brexit; a situation in which the current £2.4bn amount per annum given in subsidies from the EU is not sufficiently replaced by the UK government. British farmers who are estimated on average to earn little over £20,000 in annual salary, initially desired Brexit and voted for a less bureaucratic equivalent to the EU’s Common Agricultural Policy (CAP); one that is more tailored to British needs. Simply removing the CAP, however, “could devastate British farming” Meurig Raymond, the NFU President, told the BBC earlier in 2017. This in turn would have a monumental impact upon the British economy if we consider the sheer weight of the sector on its overall dynamic. The fallout from a damaged agricultural universe in the UK would have far reaching consequences for the entire population, notably on the inevitable high premium put on food prices for consumers.

The need for UK governmental action

Meurig Raymond called for a new “British agricultural policy” with “guarantees that the support given to our farmers is equal to that given to farmers in the EU, who will still be our principal competitors”.

In short, the CAP subsidies would need to be replaced by the central UK government and many senior politicians who campaigned for Brexit are adamant that this is possible and preferable. However, if they are not, land prices could well crash and 90% of farmers could face the collapse of their business, estimates consultancy firm Informa Agribusiness Intelligence. To add insult to injury Scottish politician Calum Kerr stated citing evidence that 90% of beef and lamb exports, as well as 70% of pork exports, are channelled to the EU. This statistical dependence would need to be shifted.

The overall economic outlook for Post-Brexit Britain may well be defined by labour shortages, rising inflation, a fragile sterling and rising food prices. Brexit, as put by Ms Raymond, certainly has the potential to “devastate British Farming.”

Many employed in the industry are worried that Brexit will put the brakes on the progress made in UK agriculture in reducing its carbon footprint. The Soil Association, a UK charity that campaigns for healthy, humane and sustainable food, emphasises the challenges that farming faces in meeting the UK’s commitment to reduce greenhouse gas emissions by at least 80% by 2050 and reverse declines in wildlife in light of Brexit. The Charity’s Innovation Director, Dr Tom MacMillan, gave evidence to a House of Lords Committee earlier this year arguing that Brexit will either significantly disrupt the UK’s food and beverage industry’s progress, or alternatively provide “an opportunity for the Government to evaluate not only the level, but the objectives and structure of financial support to farmers, and to design simpler support schemes which are effective in the context of UK agriculture”.

Regulation ultimately defines the respective arguments posed by those in favour of, or against, Brexit. 80% of all UK food legislation has previously been negotiated in a European context. In short, the practical burdens that Britain faces in amending or abolishing the thousands of regulations on food and farming are obvious. The bureaucratic complexity of the European Union is notorious – many argue extreme and often unnecessary. Several cite the example of the olive oil can and the fact that its precise size must adhere to what is decided in Brussels. On the other hand, EU food safety laws are widely considered the most thorough and ensure that trade between nations is seamless. Can Britain afford to lose the strength of EU food safety standards and the ease of trade, or conversely does Brexit present a window of opportunity?

This argument is held by many: Brexit can be an opportunity to cut the red tape, reduce the regulatory overload and allow Britain to define its own agricultural outlook and trade networks – perhaps with more of a global focus.

Industry working with the UK government towards a fresh outlook

Former UK Environment, Food and Rural Affairs Secretary Owen Paterson was a staunch advocate of Britain’s exit from the European Union and argues that it fundamentally represents an opportunity.

“This is tremendous for farming and for our countryside,” he said. “This gives us the freedom to repatriate policy. Our self-sufficiency in food is down to 59pc, I am told. We need to grow more food.” Mr Paterson further urged farmers to use the summer of 2017 to aid the government in implementing “a new forward-looking policy to grow more food and boost the rural economy”.

With Michael Gove, a senior British politician, now at the helm of the Department for Environment, Food and Rural Affairs (Defra), there is hope that as an economic liberal he will embrace new trade opportunities and a less regulated approach to farming, as well as a shift towards a healthier food ecosystem that errs more towards natural produce with less emphasis on meat production.

In this respect, it could certainly be argued that Brexit poses an opportunity for responsible reform. Whether the possibility for this will overcome the extensive stretch of obstacles in its way is, however, very much a different question.