The Sound of the Crowd

The drinks can is increasingly becoming the consumer’s drink pack of choice, with growth of the craft beer movement, and now soft drinks, playing a key role in changing the general perception of the can’s aesthetics. European consumers, it seems, share a cluster of primary needs when it comes to drinks packaging and, according to last year’s European research from GfK, the drinks can is more than delivering on those needs. Martin Constable, Chairman at The Can Makers, delves deeper. 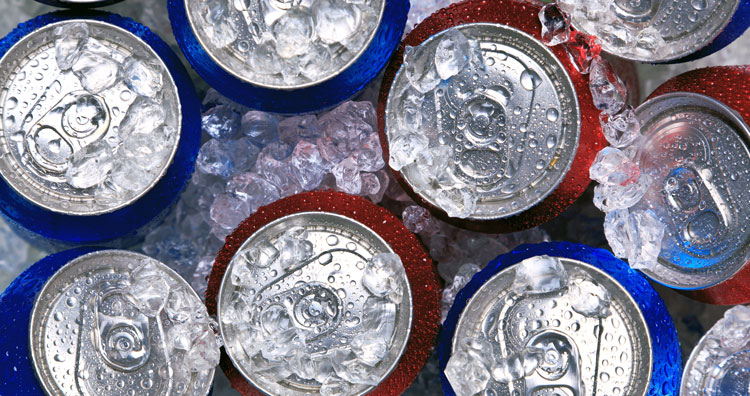 The results of this research show a positive upward trend in popularity for the can, particularly with younger age groups. Today, cans are very much seen as delivering a premium product in an easy to drink, recyclable pack. Of UK consumers, 71% said that canned drinks taste good, and 55% said they currently drink from a can at least once a week, with this figure rising to 77% for 14-17 year olds. These numbers correlate with the rise in energy and sports drinks, where research highlights a need to be seen as ‘cool and trendy’ – a consumer requirement that bodes well for the can which, with its 360-degree billboard properties and specialist print techniques, is distinguished by eye catching design and shelf standout.

Today’s drinks can has been around for 80 years and it’s still pushing the boundaries of metal forming technology – driven by cutting-edge technology to bring new levels of performance and range of forms, functionalities and decorative capabilities. The innovation displayed by the can making industry is indicative of its forward-thinking culture, always looking to invigorate the drinks market, with much of this innovation driven by new products and consumer need.

Cans are increasingly being recognised for their innovative graphic design. Many up-and-coming drinks brands are setting the standard for exciting, bright and trendy cans – picking up on the range of colours and finishes available to bring a new fresh level of design to the can’s 360 degree surface. These bold, innovative designs and all-round, printed graphics make brands stand-out, whilst keeping that all-important artisan look and feel, especially where craft drinks are concerned.

To further differentiate on the shelf in a crowded market, as well as satisfying the extra ‘wow factor’ drinks brands can add a wide array of coloured ends and tabs to their cans. Developed to further brand visibility, the new rainbow of hues gives the customer an exciting product which could prove vital for those looking to make a memorable statement at POS. And, full aperture cans, where the end can be peeled off completely, are also starting to gain recognition – appearing as a finalist for the 2016 Metal Packaging Manufacturers Association awards. These cans are expected to prove popular at sporting events and music festivals where consumers need to drink on-the-go. The full aperture design has also been praised for accentuating the aroma of the drink – perfect for aromatic drinks like beer.

Another area of development is the drinks can’s tab – a distinct component of the can and one which has been the object of both design and engineering creativity. Since the progression from the old ring-pull to the modern tab, there have been significant changes with systems to regulate the flow as well as anti-rotational technology and finger wells to improve ease of opening. But, the innovation doesn’t stop there.

The emergence of cans that change colour has created quite a stir, using thermochromic inks or dyes which are temperature-sensitive, so temporarily change colour. Photochromic ink describes the reaction of this ink when exposed to sunlight. Indoors the ink is protected from UV rays by the window glass and appears almost as a pearlescent white. It’s ‘all change’ when taken outdoors though, with the ink reacting with UV rays to reveal assorted colours -so worth considering if your brand is mainly for outdoor consumption – in parks, at festivals or sporting events. While some eye-catching solutions have already hit the market, this is an area where there’s a sense of much more to come from an industry aware of the potential applications.

The possibilities for improved functionality and differentiation are exciting. There’s also growing interest in the design implications of a thermochromic ink with colours that change according to temperature – adding a chameleon-like look to cans on the shelf and in the fridge.

Cans are an ideal package for on-the go occasions, with GfK research showing a significant increase in instances of ‘cans being used most often’ whilst ‘on-the-move’ and ‘at-work’. In Germany, for example, preferences for the can ‘on-the-move’ have risen almost 10% in just five years, and in the ‘at work’ segment, figures were up 8% in the UK and Germany over the same period.

In terms of consumer needs and ways in which the can is meeting them, an interesting picture is emerging. Women, for example, are more likely to want packs to be light, easy to store and recyclable, with the drinks can delivering on most of these fronts. Advances in technology mean the can is now lighter than it’s ever been, the walls of today’s can being thinner than a human hair. Being easily stackable, cans are great for transporting in bulk, carrying home and storage. And, of course, they are 100% recyclable. Encouragingly, in many of the markets researched, women’s perception of the cans’ recyclability was also high – testament to the success of consumer campaigns such as Every Can Counts in the UK, which seeks to build awareness among the public of the can’s eco credentials.

And, while recyclability of drinks packaging was found to be of secondary importance to European consumers when compared to taste and value for money, it still emerged as being significant, especially among 35 to 54-year olds.

That consumers truly care about the environment is great news for the drinks can, which is made from permanently available materials. Encouragingly, our research shows that 74% of UK consumers are aware of this and believe that all, or most recycled cans are made into new products, with only 1% thinking drinks cans are not recyclable at all. Aluminium and steel can be recycled again and again without losing any of their structural integrity – known as ‘real’ recycling. With most other materials, there’s a limit to how often they can be recycled to the same quality but this is not the case with metal. If you heat aluminium or steel scrap in a recycling facility to the point where it melts, what comes out is completely the same as what went in. Metal is unalterable, structurally – making it an ideal building block for the circular economy.

The key universal headline is that for today’s European consumer, the taste of the drink trumps all other considerations. Not only that, but individuals polled unanimously agreed that thanks to features such as easy chill and the fact they are light-proof and hermetically sealed, the can is the best pack for guaranteeing that a drink is fresh and tasty.

This research tells a positive story for the drinks can which continues to grow in popularity. For all the cutting-edge technologies that are applied, perhaps the most impressive thing about the can industry is its pervasive culture: a passion for innovation. It’s a business proud of its achievements but usually more excited about the next innovation. Trends may come and go, and tastes continually change, but the can it seems is aligned to the purchasing habits of consumers. 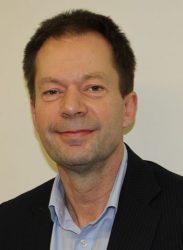 Martin Constable is Chairman at The Can Makers the trade body representing the UK companies responsible for the manufacture of beverage cans. He was appointed in 2015 prior to which he had been involved in the can making industry for over ten years, joining Crown Packaging in 2004.