The global gluten free market is expected to be worth over $8bn by 2020. The number of people diagnosed with a gluten intolerance or coeliac disease is rising rapidly and consumers are ever more eager to pursue healthier diets and lifestyles. Despite all this standards and accreditations around gluten remain extremely disparate and there is a clear lack of understanding and agreement over what gluten-free actually means. New Food spoke to experts across the gluten industry to find out more. 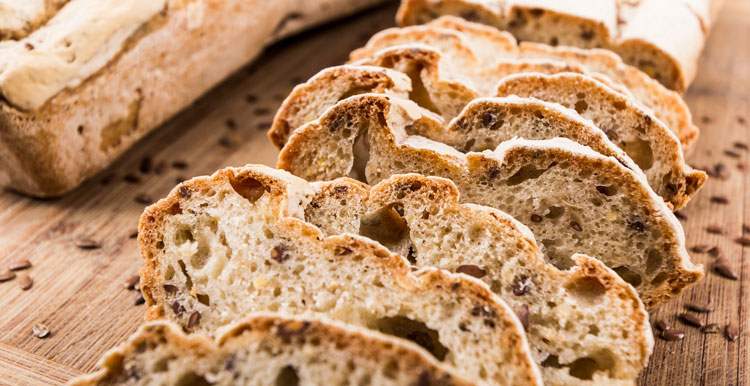 The substantial growth of the gluten market can be attributed to multiple factors. These include the rising incidences of coeliac disease, diabetes and obesity, especially in developed countries. Other influences include the growing inclination of consumers toward healthier and ‘free-from’ lifestyles.

Gluten-free products are perceived to ease digestive ailments, lower the cholesterol level, and be less fattening, which in turn are expected to drive the product demand over the forecast years. Furthermore, the easy availability of the products, through nearly every grocery store, is expected to aid industry growth, most notably in the U.S. and major European countries. Why then is there so much confusion surrounding gluten? Why are the standards and certifications so diffuse? How can clarity be restored for both manufactures and consumers?

An international inspection, verification and testing company, SGS markets itself as the ‘only global independent certification body’ offering a choice of ‘gluten-free’ endorsements to manufacturers. Accredited to provide all of the above certifications SGS says that manufacturers should take great care to consider which scheme is most applicable to them before making a decision.

It advise manufacturers to consider the target market of their product, as this may well affect their decision concerning which scheme to undertake. For example, a company marketing to European countries may decide to use the crossed grain scheme because it is administered by the Association of European Coeliac Societies (AOECS). Suppliers in North America may decide to choose between GFCO, the most popular scheme in the US, and GFCP, endorsed by the North American coeliac organization.

With the growing demand for gluten-free products on both sides of the Atlantic, and the distinct possibility that this demand could spread to other corners of the globe, this confusion will certainly not benefit consumers. Other free-from claims have been in the public consciousness far long (nuts, meat, dairy et al) and are, in many instances, easier to verify. At present the US Food and Drug Administration (FDA) allows a gluten limit of less than 20 parts per million (ppm) for foods labeled “gluten-free,” “no gluten,” “free of gluten,” or “without gluten”, and does allow oats. Canada, however, does not allow oats and, again, gluten must not exceed 20ppm. The Codex Alimentarius, used in many markets and mirrored in EU regulations, also uses 20ppm and prohibits oats but has added a ‘very low gluten’ certification for products below 100ppm but above 20ppm. One might also mention the uncertainty added to proceedings by Brexit. There looms the possibility that the post-Brexit UK could retain EU standards, but making any assumptions about the divorce proceedings seems to be a fool’s errand.

Without clear global definition of ‘gluten-free’, stakeholders need to be aware of the different options open to them when planning to define their products as ‘gluten-free’. They need to be sure they have an effective written allergen management plan, which is regularly reviewed to guarantee continuous compliance. They also need to make sure all staff undergo and implement specific training strategies related to allergens. Allergen risk management, including the risk of gluten contamination, should be integrated into the overall food safety management system, fully supported by good manufacturing practices (GMP) and Hazard Analysis and Critical Control Point (HACCP) programs.

This leads to continued uncertainty amongst both manufacturers and consumers over what ‘gluten-free’ actually means. The only thing we can say for absolute certain is that it doesn’t mean the complete an utter absence of gluten. This is important because, as charity Coeliac UK explains, gluten can have a major impact on people’s lives.

Coeliac disease is an autoimmune disorder caused by an adverse reaction to gluten and in May of this year Coeliac UK launched a ‘Freevolution Campaign’to further grow the range of foods available to people avoiding Gluten. It was fronted by Caroline Quentin, Patron of Coeliac UK.

Quentin, said: “I was diagnosed with coeliac disease two years ago and, like everyone else with the condition, when I grab a bite for lunch or go out for a meal with my family, I am putting my health in the hands of those preparing and serving the food each and every time I eat out.”

For most people living gluten free, they must do so for life as this is the only treatment for coeliac disease, a serious autoimmune condition caused by a reaction to gluten, a protein found in wheat, barley and rye. People diagnosed with coeliac disease must maintain a strict gluten free diet for the rest of their life if they are to avoid very serious complications such as osteoporosis, infertility and although rare, small bowel cancer.

From a Coeliac UK survey in 2016, over 90% of people on a gluten free diet ate out over a four-week period. However, issues around responsiveness of staff and food safety still exist, with over 50% saying that the experience can be frustrating and 25% suspecting that they had been “glutened” in the previous month.

Sarah Sleet, chief executive of Coeliac UK said “This uncertainty can make eating out a lottery at times, and trusting your health to a food establishment can often be a big and worrying step, something Coeliac UK wants to improve. While Coeliac UK has made big changes on the high street through our accreditation and training, we now want to make sure we see the same gains in the public sector and when travelling. The charity wants to improve confidence and understanding on both sides, bridging the gap between the expectations of the gluten free consumer and the skills and understanding of the caterers themselves.”

“By improving understanding about gluten free provision, we hope to improve the daily frustrations experienced by so many when eating out and drive increased availability of gluten free food, whether eating gluten free at school, in hospital, on an aeroplane, having a meal with friends or grabbing a snack for lunch, to ensure no one’s life will be limited by gluten,” continued Sleet.

This sort of information makes it all the more important that foods marketed as gluten free are in fact gluten free. According to the Gluten Free Certification Organisation (GFCO) the U.S. Food and Drug Administration recently conducted the largest recall in the agency’s history after it was reported that peanut protein was present in several batches of cumin from various suppliers. This incident combined with data from a 2011 survey in Canada that found low-level gluten contamination in 24 per cent of commercially available single-ingredient spices led to an investigation of the presence and level of gluten in commercial spices sold in the U.S.

The study took samples of eight common single ingredient spices (cumin, coriander, cloves, fenugreek, sage, thyme, white pepper and mace) from multiple suppliers and analysed them for gluten. 18 (72 per cent) had detectable gluten levels in at least one assay, and 8 (32 per cent) were detected by at least two of the assays used. Gluten levels were greater than 10 ppm (the GFCO threshold) by at least one method in 9 (36 per cent) of the samples tested, and in at least two methods in 6 (24 per cent) samples. Three (12 per cent) of the samples, representing two different spices, had levels of gluten greater than 20 ppm in at least two of the assays.

According to Cynthia Kupper, Sara Boswell, Channon Quinn and Laura Allred who carried out the test, the generally low level of gluten in these products indicates issues with cross-contamination rather than economically motivated adulteration, but the large number of samples that contain gluten draws attention to the need for tighter allergen/gluten controls in spice production and packaging facilities. All eight spices gave at least one positive result, indicating the widespread nature of the contamination. The greatest discrepancy in test results was the number of low-level positive results (10) detected by the Skerritt assay in samples that were below the limit of detection in the R5 and G12 assays. This may result from contamination with a processed product such as wheat starch that contains higher levels of residual glutenins than gliadins, and some spice companies have reported using wheat starch for “push through” cleaning between spice batches. These results indicate that spices should be screened for gluten as well as allergens, and that the choice of test method should be based on the likely contamination source.