If there’s anything to be taken away from Food Brexit 2017, it’s this: Brexit is coming, look busy. Depending on certain machinations of the British Government, we are expected to leave the European Union on 29 March 2019, just 19 months from now. In that time, there are 45 years of legislation to untangle and sensitive decisions to be made. We provide a roundup of some of the key discussions from this year’s conference. 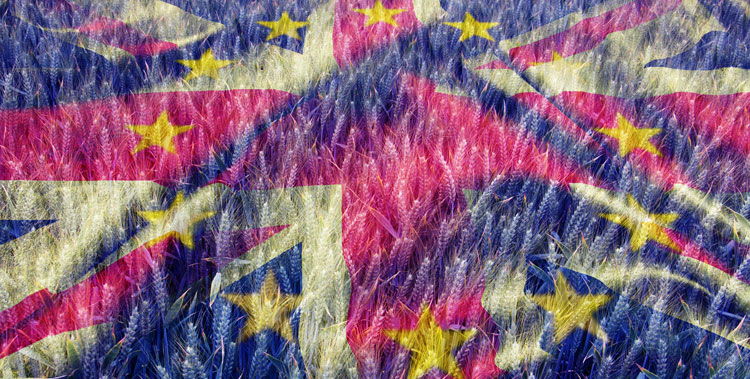 How the government will manage Brexit is famously the subject of many a bitter argument between politicians and bureaucrats, leaving the rest of us watching conversational ping-pong with a growing sense of unease. Food Brexit 2017, a conference hosted by New Food in London’s QE2 Centre on 31 October, set out to clear up some of that anxiety-provoking uncertainty. Whether anyone left any calmer is a matter of opinion, but they were certainly better prepared than they had been just a few hours before.

Erik Millstone, Professor of Science Policy at the University of Sussex, opened the discussion with a presentation on how Brexit presents a challenge to food security. Until now, the EU had stood as a shield between the UK consumer and a volatile market, Prof Millstone argued. Outside the EU, not only will prices rise because of tariffs and exchange rate shifts, but there will be consequences for the quality and safety of British food. Prof Millstone pointed to World Trade Organisation rules as being the cause for this decline in quality. A regulatory ‘race to the bottom’ would then be triggered, he said, which appeared attractive to some MPs but would be unacceptable to UK consumers. And the poorest would suffer most.

This line of future insecurity was echoed by Prof Millstone’s fellow academic and co-author of ‘Food Brexit: Time to Get Real’, Professor Terry Marsden. Professor Marsden argued that Brexit had come the wrong time for the British food industry – a time when food security and food sustainability were at a low, and the infrastructure was not in place to pick up the slack when the buffer of the EU was removed. However, he did have a hopeful message to be taken with the gloom: if handled right, Brexit may offer opportunities to reconnect with local food production systems and reform the nation’s agricultural landscape.

Prof Millstone also introduced the matter of EU workers and the staffing crisis, an issue which remerged throughout the day. In a panel discussion between four industry associations and union representatives, it formed a focus point, one with a consistent message: Britain’s young people must be encouraged to work in the food industry. This might be achieved by school visits exposing children to the spectrum of potential in the industry, particularly agriculture, but there was also talk of changing the mentality – how the food industry is perceived. A change in terminology was championed by Ufi Ibrahim, Chief Executive of the British Hospitality Association. She urged panellists to stop referring to the jobs taken up by EU workers as low skilled as this was a misconception.

The service industry perspective on Brexit

The reliance of EU workers on Britain’s food service sector was brought up during Kevin Zwolinski’s presentation on the impact of Brexit on fresh food. Providing the perspective from the food service industry, the Principal of Click-on Logistics showed delegates some statistics emphasising this reliance: 75 per cent of waiting staff and 23 per cent of the hospitality sector are EU nationals. This reliance means that the food service and hospitality sector’s future depends on the free movement of EU labour in one form or another. But if the British to EU staffing ratio was cause for concern, so too was the UK’s dependence on European fresh fruit and vegetables. There is a 9:1 import export ratio in this field, by some margin the most EU-reliant food category. At present, the UK is in no position to fill this gap, nor compete on cost, nor provide year-round supply. To build the required infrastructure might take years. He also spoke of the problems thrown up by long, snaking customs queues on fresh food. Fridge vans, he observed, do not have an unlimited fuel supply and there is the question of who is responsible for the delay in delivery.

The Food Brexit line-up saw representatives from Enterprise Ireland, Bord Bia and Food Drink Ireland give slightly different takes on what Brexit meant and will mean for Ireland. Kevin Buckley, Manager of European Food FDI at Enterprise Ireland, opened his presentation by emphasising that the shock felt by many in the UK on the morning of 24 June was echoed across the Irish Sea; it was the most significant change to Irish business for 50 years, he said. Things have been positive in Ireland over recent years. He spoke of a decade-long growth trajectory reaching €21.6bn last year. This, he said, contributed to the creation of record employment in Enterprise Ireland-backed companies, breaking 201,000 for the first time.

An unexpected blow to the Irish food industry

Brexit has been an unexpected blow to this growth and stands to be disruptive as the trade lines are redrawn. Mr Buckley illustrated this by pointing to a slowdown in UK market growth between 2016 and 2017 from 12 to 2 per cent. There are more than 1,400 companies in Ireland with high levels of sales to the UK, employing 102,000 workers. All of these stood to lose along with the UK if there was no post-Brexit deal or a poor one. Part of the solution, he said, was the Prepare for Brexit campaign, launched in Ireland in March and publicised on national and local media. It calls for an ‘intensification’ of what Ireland is already doing, supporting innovation and competitiveness to bolster the Irish economy.

The point of Food Brexit 2017 was not to achieve industry wide consensus, although it might be said that there was certainly an atmosphere of accord in the room. It was to spur debate, to try to open delegates and speakers up to the range of possibilities, good and bad, thrown up by Brexit so that none come as a surprise. To steal Mr Buckley’s campaign slogan, it was about getting Brexit ready