The pros and cons of personalised packaging for FMCG brands

With personalisation an ever-increasing phenomenon, Econsultancy takes a look at what effect personalised packaging is having on the consumer… 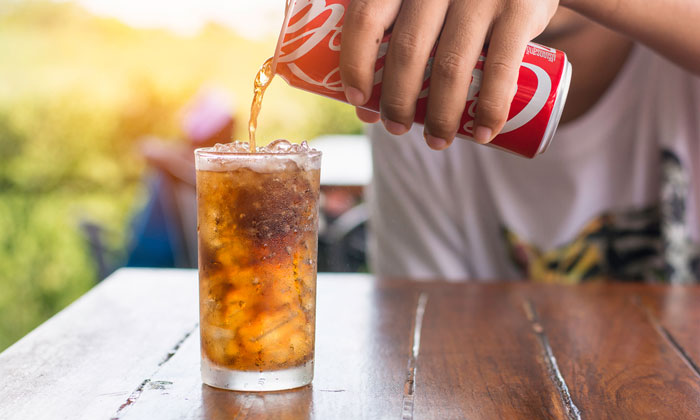 With personalisation an ever-increasing phenomenon, we take a look at what effect personalised packaging is having on the consumer, courtesy of Nikki Gilliland from Econsultancy. The success of Coca-Cola’s ‘Share a Coke’ campaign proved that people can’t get enough of personalisation.

The opportunity to buy a can of Coke with their name plastered on it proved irresistible for many consumers, leading to sales of the beverage growing by 2.75% in the UK, and increasing soft drinks sales by 2% overall.

Since 2011, a number of other FMCG brands have embraced this trend, launching personalised (or customised) versions of products, usually with a pretty noticeable mark-up.

But is this a marketing gimmick, or a strategy that can actually increase loyalty long-term? Let’s start with a few examples, and reasons why they often resonate.

Coca-Cola’s Share a Coke campaign was born out of the realisation that – while many viewed the brand as iconic – young people were failing to connect with it on a relatable level.

Consequently, the campaign was created to directly communicate with this core demographic, with the personalisation element used to heighten its impact.

But why is using someone’s name so powerful? Apparently, it’s one of the most effective ways to instil a sense of importance in another person, as well as create a long-lasting impression. Think of it like a brand’s version of a firm handshake.

For brands aiming to create personal and one-to-one connection with audiences, it tends to be a simple but highly effective approach. With consumers supposedly taking an average of three to seven seconds to pick a drink from a supermarket shelf, using a name is an instantaneous way of catching attention and increase sales. By turning an everyday item into something unique or customised, brands are also able to increase the value of their products – both figuratively and literally.

One example of this is Heinz, which sold personalised cans of soup via its ‘Get Well Soon’ campaign for over twice the price of a regular item.

With the added incentive of £1 per can sold also going to charity, consumers appeared to be more than willing to pay the extra, with more than 96,000 people logging into Facebook to find out more.

This opt-in element is partly why the campaign worked so well. Instead of using the concept to drive its main television ads, Heinz aimed to create a trickle effect, with consumer interest being subtly piqued, before users would have to actively seek out the service on social.

While personalisation can be used as a straight-forward sales tactic, it can also help brands understand consumer needs for the long-term and inform future engagement. Likewise, it can also be used to emphasise a brand’s values, particularly when it comes to community.

Take Nutella, for example, whose personalisation campaign was built around the unique ways people already use the chocolate spread as an ingredient in meals and snacks.

Featuring these as ‘Nutella stories’ on its website and social media, it manages to foster a sense of community and increase the chances of turning customers into brand advocates.

The problem with personalisation

There is the argument that personalised packaging isn’t actually personal – how can it be when there are millions of people around the world with the same first name?

Similarly, there is the danger that charging over the odds for something so basic could actually put consumers off rather than draw them in. Ultimately, there must be a trade-off, with customers feeling like they are getting something of real value in return for their money (and data).

If they don’t, brands run the risk of appearing outdated or blatantly chasing sales, simultaneously alienating consumers through overly friendly or personal messaging.

While personalised packaging has proven to be a success for brands like Marmite and Coke, the concept certainly has its limitations. Perhaps the next step will be true personalisation in terms of tailored ingredients or recipes.

We’ve already seen some experimentation with this concept. Kit-Kat’s pop-up chocolatory built on Coke’s naming trend with the added incentive of customised toppings and flavours.

While my own review was that it was somewhat underwhelming – with the concept coming off as overhyped and overpriced – it is still an interesting example of how to take personalisation to the next level.