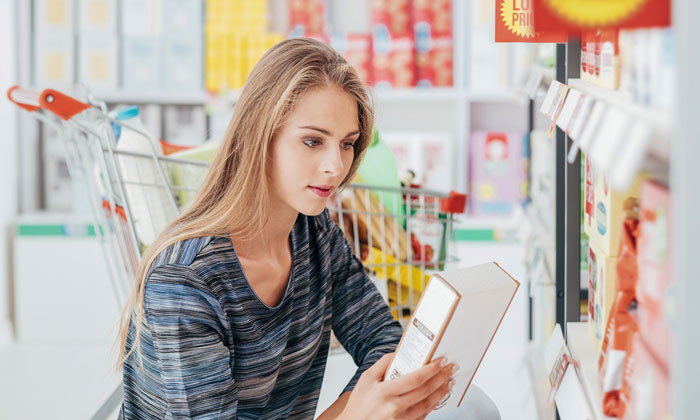 Most US consumers have no idea about the true motive behind the sell-by-date on their food labels says the Washington Post in an article published today. 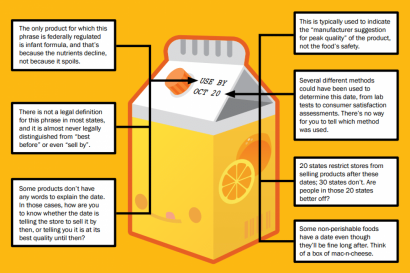 The Food Marketing Institute and the Grocery Manufacturers Association, the two largest trade groups for the grocery industry, announced that they’ve adopted standardised, voluntary regulations to clear up what product date labels mean.

Current regulations allow manufacturers to use up to ten variations on their labelling but in new proposals, only “Use By” and “Best if Used By” would be permitted.

As articulated by Caitlin Dewey of the Washington Post:

“Best if Used By” is a quality descriptor — a subjective guess of when the manufacturer thinks the product should be consumed for peak flavour.”

Many consumers believe the current use of the “Best Used By” labelling rhetoric is a compulsory “must consume by” label. In reality, it is just a guideline – often a measure to avoid a court case – and thus tacitly encourages food waste and many to avoid foods even if consuming on the date specified on the label.

When consumers see a date labelled “use by” it is often assumed that it’s a food-safety claim, regulated by some objective standard. The objectivity of standard is not the case.

Currently, the phraseology to be too vague and both the USDA and many pressure groups have been asking that this is cleaned up. 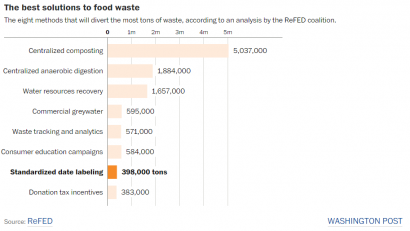 Several of the largest retailers have already voiced support, including Walmart, an American multinational retailing corporation that operates as a chain of hypermarkets, discount department stores, and grocery stores.

It is estimated by the anti-food-waste coalition ReFED estimates that 398,000 tons, or $1.8 billion, could be saved through standardised date labels. Food waste, in particular for the millennial and younger generations, has already been proven to be a significant issue and in light of global food security issues, as reported here by New Food, a responsible approach to food waste is imperative.

It is likely, if truly implemented, that new proposals will come into effect in 2018, tghough some US states are anticipating in advance the regulation, Montana ensuring that all milk must come with a “sell by” label.

As put by Ms Dewey:

“After all, Broad-Leib points out, if Americans don’t understand food waste the new labels won’t help. And ultimately, neither will anything else.”

It’s time that correct and responsible labelling practices and regulation begin to play their part in this widespread challenge.