There are currently over one thousand recognised pesticides utilised in the production of foodstuffs worldwide, with the requirement for pesticide usage growing as consumer demand for food at a low cost and out of season increases. With pesticides such as lindane and carbendazim linked with cancer, fertility problems and hormone disruption, strict regulations governing pesticide usage have been globally implemented with Maximum Residue Limits (MRLs) for pesticides being imposed. The general level of MRLs acceptable in food products has recently been reduced in the EU and Japan to below 0.01mg/kg (10 ppb). 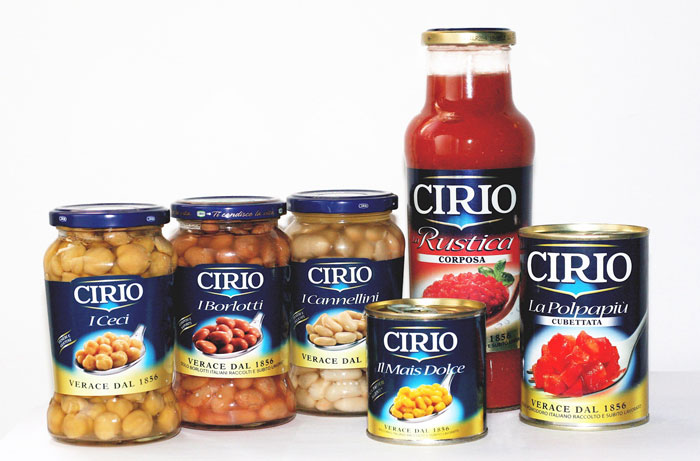 As a consequence of these regulations, the multi-residue monitoring of pesticides in agricultural products such as fruit and vegetables is an ongoing requirement for regulatory agencies, contract laboratories and industrial laboratories. Many samples are analysed annually to ensure regulatory compliance, product quality and the protection of consumers. Pesticide control laboratories are therefore under increasing pressure to maximise the range of pesticides detected in a single run and in complex matrices while minimising cost. Through the development of a multi-residue method, laboratories are able to reduce their cost-per-analysis and increase sample throughput.

Pesticide analysis in the agri-food industry

Conserve Italia processes approximately 650,000 tons of raw materials each year, including fruit, vegetables and tomatoes. The company also provides the European market with over one million tons of finished goods such as fruit juices, canned vegetables and tomato sauces and purees. Since forming in 1976, Conserve Italia has enjoyed significant expansion with the acquisition of a number of companies, including Conserves France, Mediterranean Growers (UK), Juver Alimentacion (Spain) and Warburger (Germany). The company holds a prominent position in the European preserved fruit and vegetables markets, with control over eight production and sales companies and a turnover of over one billion Euros.

As part of its food production processes, Conserve Italia must ensure product safety and customer health by directly monitoring the full life cycle of produce from cultivation to production. This requires the implementation of a quality assurance system throughout the entire supply chain to protect against residual ‘phyto pharmaceuticals’ also known as pesticides, and requires effective sample analysis. In order to facilitate this meticulous monitoring, a main internal laboratory within the business centre of Conserve Italia in Bologna, Italy was opened. The laboratory employs 11 chemical and biochemical specialists and it functions as a dedicated centre for monitoring the food quality and safety of Conserve Italia’s food products.

Companies in the agri-food industry must strictly adhere to existing regulations in order to ensure consumer safety and the swift release of products to the market. Pesticide analysis raises a number of challenges for laboratories and operators due to the diverse chemistries within the contaminants. The rapid and cost-effective sample preparation is necessary to allow these labs to process high numbers of samples. A crucial challenge when detecting and quantifying a significant number of pesticides in one run is elution. Due to the fact that the majority of compounds partially or completely co-elute, high speed analytical instrumentation is required to generate a sufficient number of data points and ensure reliable integration of overlapping chromatographic peaks.

Gas chromatography / mass spectrometry (GC/MS) has the potential to analyse over 500 currently used pesticides, while a large group of highly polar pesticides can be detected by liquid chromatography/mass spectrometry (LC/MS). Until recently, Conserve Italia routinely used the ISTISAN method but has now adopted the QuEChERS (Quick, Easy, Cheap, Effective, Rugged and Safe) method, published recently as AOAC method 2007.01 and European Standard EN 15662 approved in 2008. As with many methods prior to the development of QuEChERS, the ISTISAN method of extracting pesticide residues from food samples and preparing them for analysis often proved time consuming, expensive and labour intensive. A comparative study was conducted by Conserve Italia to explore the effectiveness of the QuEChERS method in comparison to the ISTISAN method, with the use of GC/MS/MS (Thermo Scientific TSQ Quantum GC) and UHPLC/MS/MS (Thermo Scientific Accela UHPLC and TSQ Quantum Access Max), when performing multi-residue extraction, clean-up and analysis.

The QuEChERS technique (otherwise known as dispersive SPE – dSPE) combines an extraction method for pesticides in fruits and vegetables with a clean-up method that removes sugars, lipids, organic acids, sterols, proteins, pigments and excess water. The sample preparation procedure presented here consists of three steps, as shown in Figure 1: extraction, cleanup and solvent exchange. The solvent exchange, not typically used by traditional QuECHERS, provides a final solvent that is more amendable to GC splitless injection and concentrates the analytes to reach lower detection limits. When employing the QuEChERS method, food / agricultural samples are extracted with an aqueous miscible solvent while being exposed to high amounts of salts and/or buffering agents to induce liquid phase separation and stabilise acid and base labile pesticides. After a process of shaking and centrifugation, an aliquot of the organic phase is subjected to further cleanup using SPE. Unlike traditional methods which rely on the use of SPE tubes, with QuEChERS the cleanup is facilitated by mixing bulk amounts of SPE with the extract. Following sample cleanup, the mixture is centrifuged and the ensuing supernatant can be analysed directly or undergo further treatment depending on the specific analysis.

Since its conception, the QuEChERS method has quickly gained popularity with the initial version being modified to ensure efficient extraction of pH dependent compounds (e.g. phenoxyalcanoic acids) and to minimise degradation of susceptible compounds (e.g. base and acid labile pesticides) along with expanding the spectrum of matrices covered. The principal appeal of QuEChERS is that it is streamlined and therefore avoids over-complication and time-consuming analytical processes. New forms of pesticides are continuously formulated, displaying physical properties that differ significantly from their predecessors such as 4,4’-DDT. The majority of these new pesticides possess a reduced molecular weight and have been created to disintegrate rapidly in the environment. In order to identify and quantify these compounds in food effectively, consideration must be given to the sample preparation for extraction and the instruments parameters for analysis.

The study revealed that extraction using the QuEChERS method takes 10 minutes and purification lasts five minutes. In comparison, the ISTISAN method extraction time is recorded as 30 minutes and purification takes 60 minutes. Analysis time is also significantly reduced, with analysis time using traditional HPLC recorded as 60 minutes and analysis time with UHPLC recorded as just 17 minutes. This indicates that, by using the QuEChERS method with GC/MS/MS and UHPLC/MS/MS, overall throughput time can be decreased by over 80 per cent. With pressure on companies during agricultural harvests between May and November to have a turnaround analysis time of three days, such a decrease in throughput time is a key benefit of the QuEChERS method. Additional to this, with the use of QuEChERS, the amount of consumable glassware or centrifuges required is significantly lower than with ISTISAN or other traditional methods, reducing overall expense as a result. The reduced need for extraction instruments also provides significant savings of time, with laboratory staff freed from activities such as cleaning glassware and other time consuming elements of traditional sample preparation and cleanup. Also noted in the study is the reduced exposure of laboratory staff to solvents and reagents when using QuEChERS, improving health and safety conditions within the workplace.

Food laboratories are increasingly being asked to meet lower detections over a wider range of compounds and matrices. Governmental regulatory agencies are adding more compounds and lowering the MRLs for those already in existence. A key factor in improving sample throughput and providing a robust analysis begins with the sample extraction and concentration.

The combination of both LC/MS/MS and GC/MS/MS instrumentation with QuEChERS has facilitated Conserve Italia’s ability to perform pesticide analysis three times faster than with traditional previous extraction methods. While some analysts may be inclined to believe that switching from complex traditional analytical procedures to faster, streamlined approaches may result in a decline in accuracy, the report indicates that this is not the case. With the use of a streamlined method such as QuEChERS, the lack of complicated procedures can not only reduce throughput time but can also reduce the chance of systematic or random errors, therefore increasing levels of accuracy.

Gerry Broski is the Marketing Director for Food Safety, with more than 25 years of experience in various aspects of food safety, from analysis to process to production. Gerry earned an MBA, and a Bachelor of Science Degree in Marketing from Franklin University, in Columbus Ohio. He is a member of the American Marketing Association and the International Association of Business Communicators. Gerry has been with Thermo Fisher Scientific for seven years. Prior to this, he worked for Mettler Toledo Inc., in various technical, sales, and marketing roles.

Renzo Boni studied Chemistry at the University of Bologna in Italy and began his research work into pesticide analysis in 1978. Since 1993, he has worked at Conserve Italia and has published over 15 research papers.