The overwhelming importance of women to the global fishing industry

New Food presents an excellent analysis by Kilden, an information centre for gender research on the importance of women to the global fishing industry… 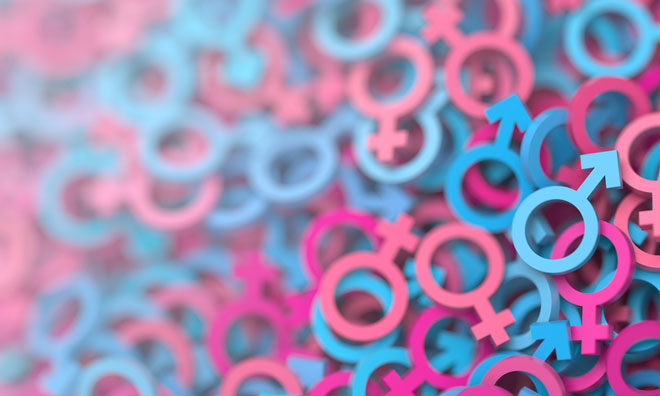 New Food presents an excellent analysis by Kilden, an information centre for gender research on the importance of women to the global fishing industry. Although women play a central role in the fishing industry in many parts of the world, their contribution has not been sufficiently recognised. Now, the gender perspective on fishing is finally asserting itself.

According to Professor Siri Gerrard, little has been said about gender and gender perspectives in relation to the fishing industry in Norway the past fifteen years. She has studied fishing and the fisheries policy for more than forty years.

“But there’s a lot going on globally,” she says.

Scholars and world leaders are preoccupied with how important women in rural areas are for our common future.

“I say it again: Rural women are decisive actors for reaching our common goal, which is to combat starvation and malnutrition globally,” said Graziano da Silva, Director-General of the Food and Agriculture Organization of the United Nations (FAO), speaking at a UN high-level event in Rome in December.

Among other things, FAO works towards making women more visible within the fishing industries. They are often strongly represented at all stages, from haul to refinement. But their contribution is not recognised. They are invisible. Thus, they are not given access to the same benefits as men are, such as new technology. When women are made visible, however, small changes can make big differences.

The audience at the event heard about one project from the Ivory Coast. Here, smoked fish is an important part of the diet; it is both nutritious and it keeps well. For many women, fish smoking is the only possible source of income, but the work entails some serious health injuries such as eye diseases and respiratory diseases.

When women are made visible, however, small changes can make big differences.

“If you have children and don’t do this work, how are you supposed to feed them or send them to school?” asks fish smoker Tia Florence in FAO’s film. She describes the job in the following way:

“This is hell itself.”

The children are also exposed, as they often come to work with their mothers.

As part of the project, the women were given access to basic smoker ovens – a measure which resulted in better health for both mothers and children, and lower environmental expenditures as a result of less use of wood firing and less discharge of toxic substances. But there are other ripple effects too: The fish taste better, which gives better prices, and the work is less demanding. This means more spare time for the women, which they spend on education among other things.

Livelihood for one out of ten

There are many similar projects. Throughout, research shows that it is worthwhile to facilitate for women, as they to a larger extent than men invest their extra income in family and local community. The ripple effects are several.

Norway is also involved on the global scale, particularly through NORAD (the Norwegian Agency for Development Cooperation). They have, among other things, supported an international network of researchers working with women and gender policy within fishing and aquaculture. In August, Siri Gerrard participated at a conference organised by this network: 6th Global Symposium on Gender in Aquaculture and Fisheries. Researchers and other interested parties were gathered in order to discuss how to strengthen the fishing industry by bringing in gender and especially women’s perspectives.

“Fishing, aquaculture, and related industries make up the livelihood for as much as ten to twelve per cent of the world’s population. And half of these people are women,” said Jennifer Gee at the conference.

She is fishery officer and works with statistics and information at FAO. According to Gee, gender and the fisheries has been a topic for several decades within the organisation, but it is only recently that their work is beginning to show concrete results in the projects.

“Project partners such as the EU and Norwegian authorities have strict requirements in terms of gender perspectives. This helps ensure that gender becomes more than just a bullet point on a check list.”

Women are pushed out

The research projects that were presented during the international symposium demonstrate that women within the fishing industry have many disadvantages: They have little access to bank credit, technology, and market information, and many run a high security risk.

In some places, technological progress is pushing women out of arenas they previously had access to. In India, for instance, the fishers’ catch became much bigger when they advanced to motorised boats. Women fishmongers used to take care of the fish retails, but this has now been left to male merchants. Several studies show that improved facilities for storing and processing fish make male fishers want to compete with women over access to these facilities.

A study from Bangladesh found that income from aquaculture was a key factor for women’s improved recognition and financial freedom. Here, sixty per cent of the fish farmers were women.

In Costa Rica, women shell collectors have united in order to demand professional rights, as their profession is not currently recognised by the state as formal work.

A study of fish corrals in India shows that women possessed more knowledge on important parts of the production than men did. Their work provides increased family income, and the money is spent on food, health services, and education. In Cambodia and Thailand, the number of female fishers and boat owners is increasing.

When asked about why gender has become such a central issue over the past years, Jennifer Gee names particularly one important factor: social media.

“Our twitter account, FAOfish, has more than 15.000 followers, and has produced more than 17.000 tweets over the past five years.”

And about how the voluntary guidelines for sustainable small-scale fisheries (SSF guidelines) address gender equality.

These guidelines are placed on top of the agenda. They were passed by FAO’s Committee on Fisheries (COFI) in 2014, as a result of a several yearlong process involving more than 4000 interested parties from more than 120 countries. They are considered an important tool in the work for food security and against poverty, not least because FAO has estimated that ninety per cent of those whose livelihood comes from the fishing industry work in the small-scale sector.

According to Jennifer Gee, the SSF guidelines also contribute to substantiate the need for gender perspectives within the industry.

“This is the first fisheries tool with its own special chapter on gender. The guidelines are made by and for small-scale fishers and fisheries’ workers, including women, which is a major reason for their success.”

Among other things, it says in the guidelines that gender mainstreaming should be integrated in all development strategies for small-scale fisheries. The strategies have to be adjusted to suit different cultures, and should challenge practices that are discriminating to women.

It also refers to international guidelines that all countries are obliged to follow, stating that men and women should participate on equal terms in decision-making processes.

But following the SSF guidelines is voluntary. The work to implement them is still in its initial phase.

“We’re beginning to see attempts at implementation of the guidelines across the world. In Cambodia, FAO is working closely with the fisheries authorities in order to secure a good legal framework and to strengthen local fisheries, including women. She believes in success, particularly because the guidelines so clearly include both the top level and the grass roots.

“The strong focus on interested parties and social involvement combined with commitment from the authorities should secure huge impact.”

“The work with the SFF guidelines will have major impact on the industry.”

Gender equality has progressed further in Norway than in many other countries. This is also the case within the fishing industry. But when it comes to gaining access to the fisheries resources, the male dominance is still palpable, according to Siri Gerrard. Less than three per cent of Norway’s full-time fishers are women. Men dominate the power arenas. Women mostly find themselves without marketable quotas, and thus without the ability to cumulate capital on equal terms as their male colleagues. In Norway, too, women’s contribution has been invisible for a long time.

“What has saved many women here in Norway are the social rights they are entitled to as citizens,” says Gerrard.