Testing foods for the presence of microbial contaminants

While there are relatively few microbial pathogens which are tested for in foods compared to the number of chemicals which might be sought, cheap, sensitive and rapid methods remain elusive… 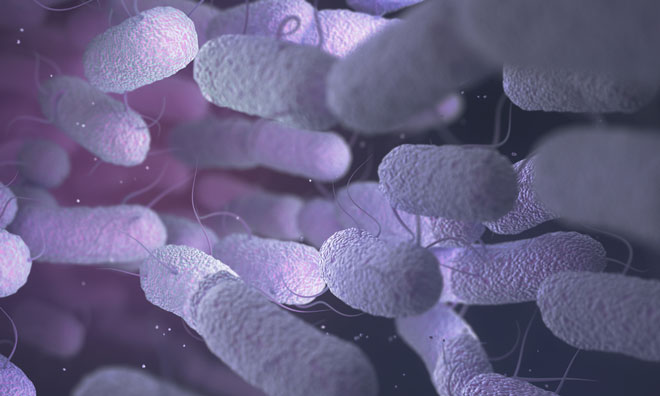 While there are relatively few microbial pathogens which are tested for in foods compared to the number of chemicals which might be sought, the holy trinity of cheap, sensitive and rapid methods remains elusive. As the old saying goes ‘pick any two’!

One of the biggest problems in testing for foodborne pathogens is the need to detect their presence at very low concentrations. Standard cultural methods theoretically can detect 1 cell in a 25g sample, equating to 0.04 cell/g. This level of sensitivity cannot be classed as overkill since pathogens can be present in foods associated with outbreaks at very low concentrations. For example Salmonella has been reported at concentrations of around 1 cell in 20g in outbreaks involving flour, paprika flavoured crisps(1), tahini(2), ice cream(3) and herbal tea(4); and as low as 1 cell in 250g in powdered infant formula(5). Although heterogeneity might mean that people got sick eating portions of food containing more bacteria than those measured in the actual food samples analysed, there is a clear need to be able to test at this order of concentration to detect those foods which might contain the high concentration spikes.

The “standard cultural methods” mentioned above rely on enrichment, in which a food sample is incubated in the presence of a nutrient medium which lets any pathogens grow and achieve a concentration which can readily be detected. Many rapid methods claim test results in, say, 30 minutes but this is after the enrichment which takes 1-2 days in most cases. So “rapid” methods are certainly quicker that traditional methods (which may need days more testing time) but still need that lengthy first phase.

Nucleic acid amplification (NAA) techniques such as the polymerase chain reaction (PCR) and loop-mediated amplification (LAMP)(6) can be highly specific, as they target the genomic blueprint of the target microorganism, and are highly sensitive, being theoretically capable of detecting one target molecule per reaction.  Direct detection of microorganisms in a food matrix by a NAA-based method can, however, be very problematical when the target microorganisms are present in low numbers.

Extraction of purified nucleic acids from large samples is very difficult, and a complicating issue is that substances can be co-extracted which can inhibit the NAA reaction.  The use of enrichment as a first step in sample treatment prior to NAA can overcome these problems, as it increases the original number of cells while diluting out inhibitors, and ensures that the method is compatible with conventional culture-based techniques. NAA can be used as a screen for contaminated samples, which can then be confirmed as target-positive by returning to the enrichment culture and following a cultural method. This approach has the best potential for allowing adoption of NAA-based methods by industry.

The primary target for NAA methods is DNA, which can be found in a cell whether it is viable or not, and is very stable. Therefore a PCR or LAMP signal will not indicate whether the detected microorganism is viable. Methods have been proposed in which cells are treated with a nucleic acid-binding dye prior to PCR, on the assumption that a non-viable cell is porous to the dye which will then bind to DNA and prevent amplification. If a cell is viable the dye cannot enter, and so only DNA from viable cells will be amplified. Although this approach has been tested experimentally it has not been thoroughly validated and, in any case, relies on an assumption that may not hold true for all types of cell inactivation scenarios.

A promising approach to detect viable bacterial cells directly through NAA is called NASBA(7, 8), the rather generically termed “Nucleic Acid Sequence-Based Amplification” technique. Here, the amplification target is RNA. When targeting messenger RNA, which is a short-lived molecule produced by viable cells, a NASBA signal reflects the viability of the target microorganism. Some promising results have been obtained but the approach has not been widely adopted.

A caveat to this is that when testing for some viruses (e.g. norovirus) and parasites (e.g. Toxoplasma) there is no scope for enrichment. The process for detecting these organisms involves releasing them from the food, concentrating and purifying them to point where they can be detected- usually by the presence of specific RNA or DNA sequences, but does the detection of Norovirus RNA in a raspberry sample indicate that it contains infectious viruses or non-infectious particles?

Any test which is employed must meet criteria with respect to reliability. A cheap test which is completely unreliable is, obviously, of no use. A test method with no control to show that it has functioned correctly should be regarded with suspicion. The gold standards in microbiological testing are the ISO methods. The drawback with the ISO methods is that they tend to follow “traditional microbiology”. For example, the confirmation of individual suspect Campylobacter colonies on a plate involves a panel of phenotypic tests, and if you want to know the species, a second panel of tests. A faster and less resource-intensive approach might be to use PCR for identification(9), but if the test is being done to be equivalent to the ISO method then the PCR option cannot be used until it has been shown to be equivalent to ISO, and that is not a trivial undertaking. Other organisations run quality control programmes for the validation of rapid tests, such as the AOAC and AFNOR which reflect the reliability of microbiological test kits.

Another aspect to microbiological food testing is what is done with the data? It is simply not possible to test enough samples to have any real confidence that a batch of a food product is safe. For example if 10 samples from a lot which is 1% contaminated are tested, there is a 90% probability of missing the contamination. The probability of missing this contaminated batch reduces to 9% if (a mere!) 240 samples are tested. Some interesting worked examples are given in a recent paper (10). Test/hold and release cannot be relied on in itself as a means to ensure food safety. Testing over time, however, does contribute to due diligence and the verification that an effective HACCP plan is in place.

While the typical analytical unit for a microbiological test remains 25g, the methodologies which are currently available require enrichment for bacterial pathogens-which has pros and cons. Real time detection technologies are available(11) but these tend to work with very small volumes of sample and so the sensitivity suffers. To avoid enrichment we would need to be able to extract one cell or viral particle from a food sample into a volume where it became detectable by real time methods, as well as having a means to determine viability. Another option, which would require quite some paradigm shift, might be to test much greater numbers of smaller sample sizes to achieve the same level of consumer protection.

For more content on food analysis look out for the February 2017 issue of New Food, which will feature articles on topics such as Loop-mediated isothermal DNA AMPlification (LAMP), Fourier Transformation Infra Red (FTIR) spectroscopy, and NMR. Secure your copy by subscribing today.

One response to “Testing foods for the presence of microbial contaminants”