A closer look at… GBBO Week #5: What thinking outside the box could do for food

In light of GBBO’s Candice’s innovative use of a pasta roller to make filo pastry, we decided to apply her thinking-outside-the-box attitude more generally to the industry… 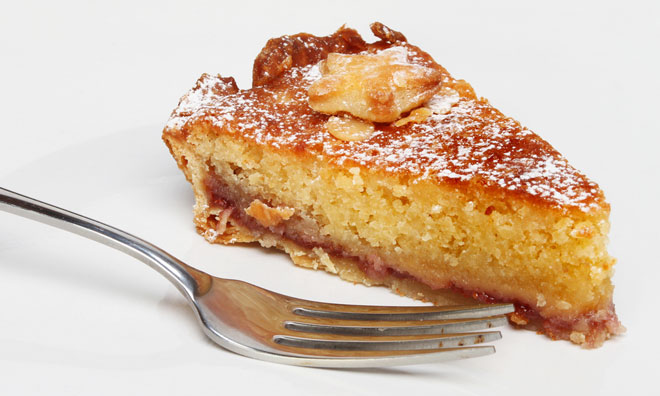 Welcome to our GBBO online feature in which we will briefly pick apart each episode of the UK television sensation Great British Bake Off as it begins its seventh series and consider a related issue each week that faces the food industry as highlighted in the show. Why? – She produced a bakewell tart pastry sitting pretty on wrong side of medium-rare

Highlight of the episode – Candice: “It’s good to get your hands in, give your sausages a squeeze”

More than a filo

Beacon of innovation, GBBO‘s Candice‘s ruthlessly effective thinking-outside-the-box attitude also made us think: perhaps the food industry can learn from this.

With obesity and the sugar intake polemic forever occupying the headlines, we decided to take a closer look at the American Chemical Society’s (ACS) presentation last month of a new innovative device that could transform the taste of foods low in fat, salts and sugars.

Candice, in turning towards a pasta roller to forge the perfect filo pastry provided us with a microcosm that might well be applied to the industry as a whole. Perhaps the food industry should adopt the Candiceian outside-the-box mentality and turn towards science and a chemical solution in order to solve, or rather alleviate the burden of pressing issues such as obesity and diabetes that might be attributed to the brutal reality that unhealthy, sugar/fat/salt-filled products fundamentally taste and appear more appealing. Scientists may be closing in on a way to let consumers savour the sweet taste of cake, cookies and other culinary delights without the sugar rush.

In preliminary tests using a new device developed in-house that allows them to screen for odour compounds in real foods, they have isolated several natural aromatic molecules that could be used to trick our brains into believing that desserts and other foods contain more fat, sugar or salt than they actually do.

The researchers presented their work today at the 252nd National Meeting & Exposition of the American Chemical Society (ACS). ACS, the world’s largest scientific society held the meeting that featured more than 9,000 presentations on a wide range of science topics.

“Most consumers know that they should be eating more healthful foods made with reduced amounts of fat, sugar and salt. But this is problematic because these are the very ingredients that make many of the foods we like taste so delicious,” says Thierry Thomas-Danguin, Ph.D.

“Based on our lab work, we’ve come to believe that aromas can help compensate for the reduction of fat, sugar and salt in healthful foods and make them more appealing to consumers.”

Aroma plays a vital role in how we perceive food (just try pinching your nose closed while you eat – odds are you won’t taste anything). Based on this fact, food scientists have long used chemical aromatics, essential oils and botanical extracts to enhance the flavor of food and beverages to boost sales.

Recently, scientists have turned their attention to using aromas to improve the taste of foods made with reduced amounts of fat, sugar and salt, which many consumers avoid because of their notoriously bland flavor.

“If you buy a product made with 30 percent less salt, and you don’t like it because it isn’t very tasty, what do you do?”

“You’ll probably reach for the table salt and put some into the product. So the target is missed. Our goal is to optimise the reformulation process, so the food industry can produce more healthful products that consumers will like as they are and will choose to eat them regularly.”

In earlier work, Thomas-Danguin set out to prove that if the right aroma is added in the right amount in the right places in the right food, the brain can be fooled into thinking there is more fat, sugar or salt in it. Study participants were asked to taste flan, a type of custard, made in layers containing varying amounts of ham aroma and salt. The researchers found that the ham aroma, even though it contained no salt, increased the perception of saltiness of the flan. In fact, some participants thought one variation of the custard made with ham aroma and salt distributed unevenly in layers throughout it tasted the same as a flan made in the traditional way with 40 percent more salt.

In their latest study, Thomas-Danguin and his colleagues at the Centre des Sciences du Goût de l’Alimentation in France, sought to find a new way to isolate aroma molecules associated with sweet tastes. So they created a first-of-its-kind device called a Gas Chromatograph-Olfactometry Associated Taste (GC-OAT) and used it in conjunction with an olfactoscan, which delivers a continuous stream of aromas through a tube to a subject’s nose.

Participants were asked to smell real fruit juice aroma through the olfactoscan. Meanwhile, the researchers used the GC-OAT to isolate molecules from the juice. Then, they added the molecules one at a time into the olfactoscan tube.

As the participants smelled each of these mixtures, they were asked if the molecule contributed to their perceived sweetness of the fruit juice. Thomas-Danguin says the preliminary results suggest that this new technique could eventually help food manufacturers better formulate more healthful foods without sacrificing taste, aroma or texture of the original products.