Posted: 21 September 2016 | Emma Rose, Alliance to Save Our Antibiotics | No comments yet

Emma Rose of the Alliance to Save Our Antibiotics, gives a report on the responsibility of supermarkets with respect to sustainable antibiotic use… 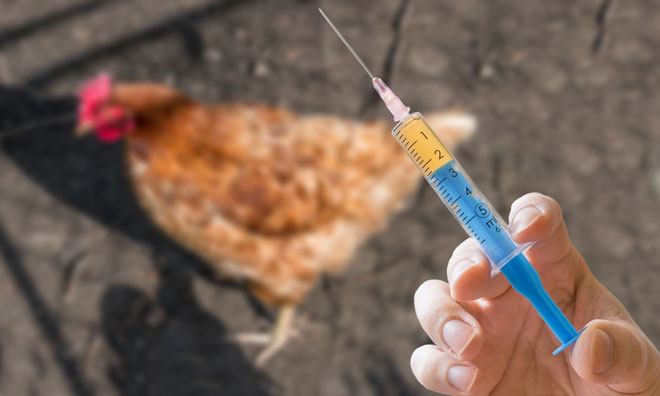 Following New Food‘s recent exclusive with Emma Rose of the Alliance to Save Our Antibiotics, we asked for a comprehensive report from the organisation on the role and responsibility of supermarkets with respect to sustainable antibiotic use. Antibiotic resistance is not a new phenomenon. Sir Alexander Fleming, in his 1945 Nobel Prize acceptance speech, warned of the risks of overusing antibiotics, for fear of fuelling the emergence of bacteria able to survive them. Unfortunately, we have collectively failed to heed this warning. For decades we have used and abused antibiotics with abandon, handing them out like sweets to anxious patients, and pumping our livestock full of them on a daily basis.

Huge quantities of antibiotics are used in livestock farming.

In the UK, around 40% of all antibiotics are given to farm animals. In the US, the figure is close to 80%.

It is currently legal within the EU to routinely and preventatively mass-medicate groups of animals, even when no disease is present in any of the livestock. Nearly 90% of veterinary antibiotics in the UK and the EU are used for the mass-medication of animals – often added to their feed or water. This is particularly common in the pig and poultry sectors, where animals are often kept in indoor, intensive systems where disease outbreaks are more common and infection spreads rapidly.

The complacency surrounding the way we use antibiotics is testament to their extraordinary success in curing human illnesses, protecting farm animals from disease, enabling the growth of the global livestock industry, and driving down food costs.

For decades we have used and abused antibiotics with abandon, handing them out like sweets to anxious patients.

But after decades of antibiotic abuse, bacteria are starting to fight back. The recent discovery of E. coli bacteria resistant to three key antibiotics on UK supermarket meat provides yet more evidence that the overuse of antibiotics in farming is undermining their efficacy in human medicine. The study, commissioned by the Alliance to Save our Antibiotics and carried out by scientists at the University of Cambridge, found E. coli bacteria resistant to multiple crucial antibiotics on UK-origin pig and chicken meat from seven major British supermarkets.

These findings are hugely concerning. As well as soaring levels of E. coli resistant to a family of ‘critically important’ antibiotics on chicken meat, high levels of resistance to two other key antibiotics Trimethoprim and Gentamicin – both of high importance for treating serious human E. coli infections – were found on pork and chicken meat across all retailers.

The study shines the spotlight on the need for UK supermarkets to shoulder some responsibility for tackling this crisis. While GPs, nurses, pharmacists and dentists have been constantly urged to rein in inappropriate prescription practices, most supermarkets continue to permit unacceptable antibiotic use within their supply chains. While some do have antibiotic-use policies in place, routine preventative mass-medication of groups of animals is still widely permitted across the industry. Supermarkets are crucial stakeholders within the AMR (antimicrobial resistance) issue due to their domination of the grocery market. Greater pressure needs to be brought to bear on these actors to use their vast buying power to protect public health, and to support livestock systems where animals are kept healthy through good husbandry and welfare, not through routine medication. Many farmers are already showing that it is possible to maintain healthy livestock populations and commercially successful farm businesses without recourse to routine antibiotic use. In organic systems, routine disease prevention is prohibited, and use of the ‘critically important’ antibiotics is heavily restricted.

To see real progress we will need a sea-change in thinking across the national food supply chain. We must stop treating farm animals as units of production which – thanks to antibiotics – can be stretched beyond their natural limits of immunity. Antibiotics must no longer serve as the cornerstone in a farming system which has been pulled out of balance; in which vast amounts of meat can be produced for far too little cost, and where profits are creamed off by large companies instead of being reinvested back into the creation of higher-welfare, humane farming models.

In the midst of this crisis there is a huge opportunity for change. Legislative reviews currently taking place in Europe are proposing new rules around veterinary antibiotic use. The upcoming UN High-Level meeting on AMR has the potential to hugely reinvigorate global collaboration on this issue. And consumers are increasingly asking questions on how antibiotics are used in meat and dairy supply chains. Food retailers must capitalise on this momentum and play their part to safeguard our antibiotics for future generations.

The Alliance to Save our Antibiotics has written to the UK’s seven largest supermarkets, calling for measures to reduce antibiotic use in their supply chains. Find out more here.