Posted: 12 May 2016 | Victoria White, Digital Content Producer | No comments yet 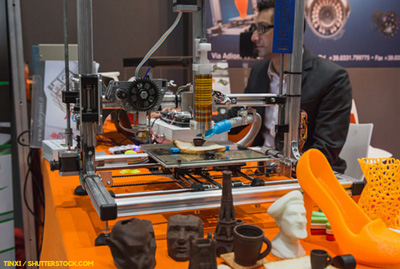 3D food printing has the potential to revolutionise food production, according to a symposium at IFT15: Where Science Feeds Innovation. With a 3D printer, it takes as much time and money to produce a complex, customised product that appeals to one person as it does to make a routine product that would be appealing to a large group. The VTT Technical Research Centre is at the forefront of the 3D food printing revolution, developing vending technology for customised snacks and tapping into the consumer trend for healthy snacks with great textures. New Food caught up with Nesli Sözer, Principal Scientist at VTT, to find out more about 3D printed food and VTT’s ambitions for vending-machine customised snacks.

Adaptation of ingredients and recipes may also hold the key to the sustainable aspects of 3D food printing. Algae protein or insects could be used as an alternative to animal meat when it comes to 3D printed food. In an article in Popular Mechanics, Kjeld van Bommel, a researcher at the Dutch Organisation for Applied Scientific Research, described an experiment where his research group included mealworm in a shortbread 3D cookie recipe. He said: “The look [of the worms] put me off, but in the shape of a cookie I’ll eat it. You eat with your eyes”. He added: “I’d rather that instead of printing a steak from cow protein, you could make it from algae or insects.”

We asked Dr Sözer about limitations on the types of materials that can be used to create 3D printed snacks. Dr Sözer explained: “We have tested several ingredients and ingredient combinations and our work is still on-going. There are some restrictions with particle size and rheological properties of the ingredients. We printed for example cellulose-starch, chocolate, protein-starch mixtures.”

VTT recently announced that they have received funding from Tekes for an ambitious project for 3D printing of multi-textural food structures in a techno-economically feasible and sustainable way. Dr Sözer hopes that the knowledge acquired through the Tekes-funded project could eventually lead to the creation of 3D food printing vending machines. But as Dr Sözer explains, it might be some time before 3D vending machines become commonplace: “There are some equipment and ingredient technology related challenges (e.g. printing time, post-processing, shelf-life and stability).”

The US military is just beginning to research 3D food printing to use in the battlefield. Mary Scerra, food technologist at the US Army Natick Soldier Research, Development and Engineering Centre (NSRDEC), said that by 2025 or 2030, the military envisions using 3D printing to customise meals for soldiers.

“Imagine warfighters in remote areas—one has muscle fatigue, one has been awake for a long period without rest, one lacks calories, one needs electrolytes, and one just wants a pizza,” Scerra said. “Wouldn’t it be interesting if they could just print and eat?”

Some of the big food manufacturing companies have also been experimenting with 3D printed food. For example, chocolate manufacturer Hershey has developed an advanced 3D chocolate printer.

Speaking when the printer was unveiled, Will Papa, Hershey’s Chief Research and Development Officer, said, “3D printing gives consumers nearly endless possibilities for personalising their chocolate, and our exhibit will be their first chance to see 3-D chocolate candy printing in action.”

Tech HD have produced a video of its top 5 3D food printers that are available now:

But will consumers embrace the idea of eating 3D printed food? Dr Sözer said his team are going to look into consumer interest: “This will be something which we will also investigate in our Tekes funded project with international consumer studies. But I have strong belief that with the increased demand for customised food and nutrition, consumers will like the idea of utilising 3D printing for their food as well.”