Here, Yvonne Wood takes a look at Campylobacter and the controls that the poultry industry are introducing to improve the situation. She also calls for greater consumer awareness and highlights the measures consumers can take to diminish the risks of food poisoning… 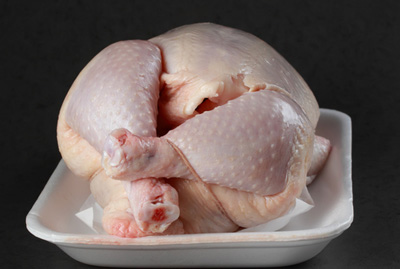 Campylobacter is considered to be the most common form of food poisoning within the UK; causing over 72,000 people to become ill, 100 deaths and an estimated cost to the economy of £900 million each year, according to the Food Standards Agency. Around four in every five cases of Campylobacter poisoning comes from contaminated chicken, which is perhaps unsurprising when you compare it to the rapid increase in poultry consumption and production over the past few years. As a result of this, Campylobacter has only recently come to the forefront as a cause for concern within the food industry, as the growth in consumption has meant that more chickens are being processed and faster; increasing the risk of cross-contamination.

Looking back even just ten years ago, the poultry industry and emphasis from the media was not focused on Campylobacter.  The concerns highlighted in the press focused more on issues like Salmonella or E.coli. Additionally, the tests that exist today for Campylobacter were not carried out, however, this food-borne pathogen is now better understood and bio security within the poultry industry has greatly improved.

One of the biggest challenges facing the poultry industry is that Campylobacter is very difficult to eradicate at farm level as it is an enteric organism, so identifying the source can be challenging. A flock tends to become infected around the time of depopulation when the birds become stressed, releasing the bacteria and spreading it from flock to flock. This is then passed on at the processing plant.  Improved bio security has been critical to keep birds as free as possible from this bacterium; in addition, boot swab testing can determine whether or not a flock is positive for Campylobacter. One possible area to encourage is to process the clean flocks before infected flocks to avoid cross contamination. However, it must be said that it is not yet possible to totally eradicate campylobacter from raw meat.

All poultry processing plants are taking the problem of Campylobacter extremely seriously. The Food Standards Agency (FSA) and Departments for Environment, Food and Rural Affairs (DEFRA) are working with industry and continue to monitor the threat by running trials to try to determine the effectiveness of new control measures. The results of these trials are due to be published shortly and should hopefully show a reduction of Campylobacter in British poultry.

The UK poultry industry as a whole is taking the situation very seriously, with third party testing organisations supporting these businesses as well as the official agencies. Third party testing organisations are working closely with the poultry industry to provide support and develop rapid Campylobacter tests so that accurate results can be achieved as quickly as possible.

Testing for Campylobacter is challenging as the species is vulnerable to environmental stresses such as exposure to air, drying and prolonged storage. It is susceptible to freezing and can die off at room temperature. All of these parameters make Campylobacter a difficult organism to culture in the laboratory and need to be taken into account during the testing process to ensure that this fastidious organism has the best possible chance of survival and growth.

Studies have shown that the direct plating (enumeration) method of analysis for this organism is superior to the enrichment method (presence/absence) for some sample types, as large numbers of non-Campylobacter species may out compete Campylobacter cells during the enrichment process. Campylobacter enumeration by selective culture is a cost effective, practical and robust method for the poultry industry to utilise in the war against this ubiquitous pathogen and can provide the poultry businesses with an accurate assessment in about half the time taken using established presence/absence techniques.

With the industry doing all it can to reduce the threat of Campylobacter, the greatest opportunity for improvement could lie with the consumer themselves. By educating them and increasing their awareness to correctly and safely handle fresh meat they can diminish the risk considerably.  Consumers can look at implementing a number of hygiene practices which would significantly reduce the number of illnesses caused by Campylobacter. These include basic practises from ensuring that raw chicken is not washed, washing their hands after handling raw chicken and sanitising the area where raw chicken has been prepared. There are also “cook in the bag” chicken products available on the market today, which minimise the handling of raw chicken by consumers completely, as the chicken is contained within the bag throughout the storage and correct cooking process. Whilst the UK industry is continuously looking at way to improve the situation and to ensure the safety of their products, it is a shared responsibility across the entire chain to be accountable; from the farm to the consumer.

2 responses to “Food Safety: a shared responsibility for Campylobacter”