Is sugar the new fat?

We want your comments on the sugar debate. Do you think manufacturers should be doing more to reduce sugar in products? Perhaps you think consumers should take more responsibility for their own sugar intake? Let us know… 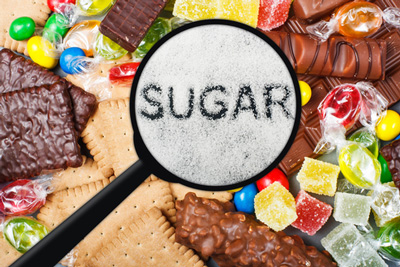 “When I arrived here I was glowing…I’ve looked in the mirror today and that’s the first time I’ve thought, ‘I look old today.’”

These are the words of Jane McDonald, a participant in a television show where celebrities were asked to go sugar free for two weeks. In a press release relating to ‘Sugar Free Farm’, ITV sells the programme as celebrities ‘turning their backs on the modern food industry’ to break their ‘addiction’ to sugar. With health organisations linking sugar consumption to obesity, the ‘modern food industry’ has come under more pressure of late to reduce the sugar content in their products. The backlash against sugar is reminiscent of the years long battle over fat in processed foods. So, is sugar the new fat? Is sugar to blame for rising rates of obesity? Public Health England recently revealed that four to 10 year old children consume around 22kg of sugar a year (or the average weight of a five year old). The growing obesity problem has led some health organisations to call for the British government to impose a 20% tax on all sugar-sweetened soft drinks. The government is expected to publish its strategy on childhood obesity this month, in which it is likely to address sugar-sweetened food and drink products and promotions.

Does a sugar tax work?

It is yet unknown if the UK government will introduce the 20% tax, but if they did, is there evidence that a sugar tax actually works at reducing childhood obesity?

In 2014, Mexico implemented an excise tax of 1 peso per litre on sugar sweetened drinks. While research has found that during 2014 the average urban Mexican purchased 4.2 fewer litres of taxed beverages, no studies have conclusively linked the sugar tax to a decline in obesity.

Indeed, last month, as reported in The Guardian, Paul Poleman, CEO of Unilever, said there was no evidence that the sugar tax in Mexico was associated with a decline in obesity. He said that the proposal of a sugar tax in the UK is ‘too simple’ and that it will not solve obesity. Instead, he said a ‘holistic approach’ was needed: “You need to attack this holistically with a lot of things. Just doing sugar alone has not proven to be the Holy Grail. It goes way beyond just putting a tax on sugar. Countries like Mexico and others that have done that are actually starting to see that as well.”

Unilever have decided to rework their products. Only last week the company announced it would be reworking its entire adult single-serve ice cream range so that all products would contain less than 250 calories. To do this, the company is reducing the size of each product rather than changing the recipe. Noel Clarke, Brand Building Director for Ice Cream, Unilever UK & Ireland, said: “We have introduced this 250 calorie cap to help make it easier for our consumers to make informed and healthier choices.”

Are consumers actively cutting down on sugar?

A recent survey by Mintel revealed that the majority of consumers in key European markets are cutting back on their consumption of sugar. There survey showed that 65% of UK consumers agree that a healthy diet should be low in sugar. Also, half of UK users who drink fewer carbonated soft drinks do so because they contain too much sugar. And the food and beverage industry is catching on to this trend, with 7% of food and drink products launched in the UK in 2015 holding a low, no or reduced sugar claim (up from 4% in 2012).

Some of the industry giants are making head room in the low, no or reduced sugar market by launching new products that meet consumer demand. In February, Dairy Crest announced it was launching reduced sugar FRijj with 40% less sugar. And in March last year, Arla launched its award-winning high-protein, low-fat and reduced-sugar Skyr yoghurt range. Also, Nestlé, Mars and other food and beverage giants have announced their commitments to reducing sugar in their products.

Is sugar the new fat?

With a lot of ‘doom and gloom’ surrounding sugar, perhaps you’ve thought ‘Maybe I should cut out sugar altogether’? Would you, like the celebrities on ‘Sugar Free Farm’, give up sugar? Perhaps, like many, you gave up sugar for January – if so, how did it go? Or like many of the participants in the Mintel survey, perhaps you are trying to cut down on sugar – do you go for no-sugar, low sugar or reduced sugar products? Do you think food and drinks manufacturers are doing enough to reduce sugar content in their products? Or do you think it should be consumers who are responsible for their own sugar intake?

Please do let us know in the comments section below because we want to hear from you on all things sugar.

Is sugar the new fat? Let us know what you think…

One response to “Is sugar the new fat?”