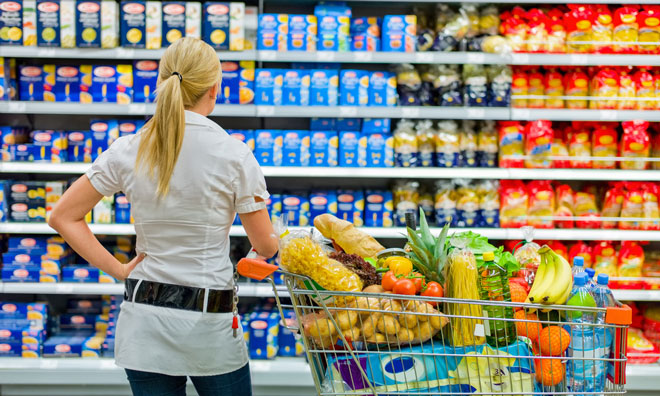 A major group of alternative and novel materials which possess future commercial potential are those derived from utilised and under-utilised food ingredients, or food grade ingredients. Consequently, they provide packaging materials which are not just biodegradable in nature, but which are edible also, thereby presenting greater opportunities for commercial application in a more sustainable manner. Therefore, the potential advantages that such packaging materials have over more current conventional packaging forms used by the food industry are obvious.

To date, the majority of food packaging materials and formats consist primarily of laminates which can be comprised of plastics, metals and/or paper and glass. These materials are, and have traditionally been, manufactured and engineered for specific food packaging applications. However, consumer demands are changing with respect to food product purchasing and consumers are becoming increasingly aware of the presence, role and implications of the food packaging that surrounds their retail food purchases.

Issues pertaining to sustainability, environment, ethics, food safety, food quality and product cost are all becoming increasingly important factors for modern-day consumers when purchasing food products and a number of these issues are also enforced by food packaging legislative regulations. Changes in consumer packaging demands are being informed by continual drip feeding of negative information pertaining to conventionally-used packaging. For example, reports1 claim that plastics formed 38 per cent of all food packaging materials used in the US last year and that most of this would end up in landfill or cause an environmental risk when processed in incinerators. The author also went on to say that only small amounts of the 38 per cent of plastic waste would go on to be recycled.

Additionally, most of the packaging used today is synthetic in nature and has been derived from fossil fuels (from naphtha or natural gas) for over half a century. Commercial usage of such forms of packaging for a whole host of goods from food and pharmaceutical products through to electronic and fragile items have relied on a plentiful supply of cheap packaging materials. However, there are now global concerns about the depletion of non-renewable raw materials for manufacturing plastics. The global economy is quickly facing the scenario that greater oil demands are being faced with falling supplies.

The need for sustainability in food packaging

It is estimated that at some point between today and 2030, oil extraction will have peaked and oil fuel for transportation will have become increasingly uneconomic2. The world’s annual consumption of plastic materials has increased from approximately five million tonnes in the 1950s to nearly 230 million tonnes today. The total production of plastics in Europe was approximately 57.5 million tonnes in 2005, representing 25 per cent of the total worldwide production of 230 million tonnes, at similar levels to that of North America, at 24 per cent. The total demand of plastics in Europe was 47.5 million tonnes in 2005, of which 17.6 million tonnes (37 per cent) were used for manufacturing packaging materials. Since 37 per cent of plastics are used for packaging, it is not surprising that this category has attracted most attention from policy-makers and environmentalists3. Food packaging is a significant part of that total and thus even a small reduction in the amount of materials used for each package would result in a significant cost reduction and may improve solid waste disposal4. The current trend in new food packaging development is that, wherever possible, it should not only be natural and ‘environmentally friendly’, but also functional and cost-effective.

Thus, development of edible/biodegradable films/coatings for effective food packaging has generated considerable interest in recent years due to their potential to reduce and/or replace conventional, non-biodegradable plastics. As food manufacturers require packaging materials to be food grade, maintain/enhance product shelf-life stability and safety and utilise nominal values of packaging, the reduction or replacement with alternative biodegradable forms would clearly allow improvement in overall operating costs while reducing waste streams. EU regulatory pressures, coupled with indirect demands via consumer groups on EU food processors and packaging manufacturers, to develop/utilise ‘environmentally friendly’ packaging systems are increasing. Research development in the area of edible/biodegradable films/coatings is a key and unique field of exploration within food packaging which possesses enormous commercial and environmental potential.

Scientific research on the production, quality and potential applications of edible/biodegradable films in food manufacturing has been carried out by several research groups worldwide and has been reported in research publications5-9. The enormous commercial and environmental potential in the area of edible/biodegradable films/coatings has often been stressed5,10,11 and numerous publications have primarily addressed issues relating to mechanical properties, gas migration, and the effects of other factors on these properties, such as type and content of plasticisers, pH, relative humidity and temperature etc.6,8,10-15.

In our most recent study, more than 20 food ingredients were investigated for their film-forming abilities and a number of optimised food-grade polymers were produced over a range of concentrations and processing parameters in an attempt to evaluate their mechanical and permeability properties (tensile strength, puncture resistance, tear strength and oxygen/water vapour permeability)16-19. The properties of biopolymer films were found to be significantly affected by pH adjustment and corn oil addition and laminated films showed the most desirable properties among all the film formats evaluated. Laminate films consisting of sodium alginate emulsion, gelatine emulsion and whey protein isolate emulsion had the highest tensile strength, puncture strength and tear strength values (55.77 MPa, 41.36 N, 27.32 N, respectively); films formed from gelatine emulsion (pH = 10.54, CO = 27.25 per cent) had the highest elongation values (351.12 per cent); composite films formed from WPI, G and SA (WPI: G: SA = 10.0:16.0:14.0) had the lowest oxygen permeability values 8.00 (cm3·mm/m2·d·kPa); Bilayer films formed from gelatine emulsion and sodium alginate emulsion had the lowest water vapour permeability values (22.63 g·mm/kPa·d·m2).

Edible films formed from protein-polysaccharide powders (whey protein concentrate (WPC)-45, alginate, pectin, carrageenan, or konjac flour) were also investigated by our group at UCC. Results showed that films formed from co-dried powders had lower water vapour permeability, higher tensile strength, elastic modulus and elongation than equivalent films formed from the dry blended powders and there was potential to alter the physical properties of hydrophilic films by combining whey protein and polysaccharide components20. Previous work by our research group also involved the extrusion of pectin, pea starch and gelatine/sodium alginate blends for the preparation of sausage casings21,22.

The limitations of edible packaging

Generally, edible films have limited application primarily because of their inferior physical characteristics. For example, single, lipid-based films have good moisture barrier properties but contain no mechanical strength23. Consequently, laminated films were formed by adhering two or more biopolymer films together. However, laminated films are advantageous to single, emulsion-based biopolymer films due to their possession of enhanced barrier properties. The creation of laminated structures has the potential to overcome these shortcomings by engineering edible/biodegradable films with multiple functional layers.

Edible films and coatings based on water-soluble proteins are often water-soluble themselves but possess excellent oxygen, lipid and flavour barrier properties. Proteins act as a cohesive, structural matrix in multicomponent systems, yielding films and coatings with good mechanical properties. Lipids, on the other hand, act as good moisture barriers, but have poor gas, lipid and flavour barriers. By combining proteins and lipids in emulsion or bilayer (a membrane consisting of two molecular layers), the positive attributes of both can be combined and the negatives minimised.

From the research conducted by the Food Packaging Group at UCC, the general characteristics of developed edible/biodegradable films are as follows:

Manufactured films were tested in food packaging/processing applications to assess their performance during food preparation and storage. Figure 6 shows one example of meat products prepared, wrapped and stored using edible film wrappings. From this one example, observed advantages in using such materials included:

The authors would like to acknowledge Dr. Mark A. E. Auty, Senior Research Scientist, Manager of the National Food Imaging Centre (NFIC), Teagasc Moorepark, Co. Cork for assistance in preparing and imaging edible/biodegradable film samples (SEM & CLSM) for this article.