Titration techniques in the food industry

Titration is an analytical technique that is widely used in the food industry. It allows food manufacturers to determine the quantity of a reactant in a sample. For example, it can be used to discover the amount of salt or sugar in a product or the concentration of vitamin C or E, which has an effect on product colour. 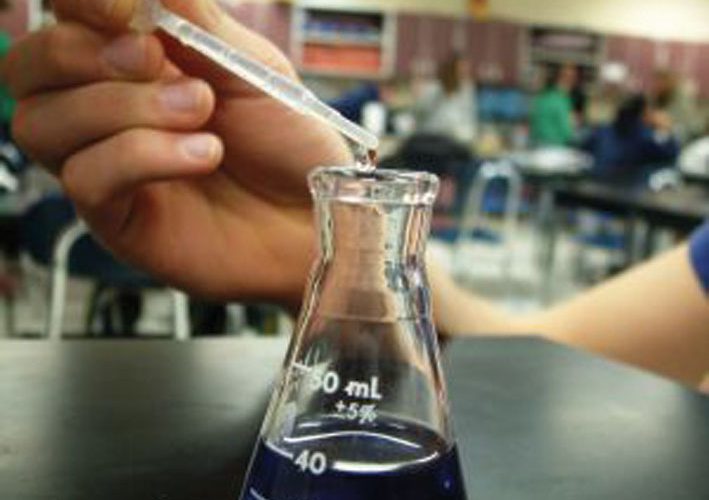 An analyte is the substance of which a concentration needs to be determined. This is achieved by use of a titrant, a carefully controlled volume of solution of which the concentration is already known. The titrant is added to the analyte by means of a buret. Different types of titration include:

Acid/base titration is based on the neutralisation of the analyte and the titrant. The endpoint is usually determined using a pH indicator.

REDOX reactions involve the titration of an oxidising agent by a reducing agent or vice-versa.

Precipitation titration has several different endpoint methods. These include:

Complexometric titration involves an indicator dye which changes colour when it reacts with certain metal ions. The dye is used to pinpoint the exact moment when all metal ions are irreversibly bound to a ligand.

Isothermal titration calorimetry is a more advanced method of titration. It is used in the food industry to study the binding of small and large molecules in food. It can be used to help understand fundamental properties of food components that underlie food quality. It is the only technique for studying interactions that directly measures enthalpy.

The Isothermal Titration Calorimeter is made of two thermal conducting cells wrapped in an adiabatic jacket. Temperature differences are detected by thermocouple circuits between the two cells. One cell, known as the reference cell, is filled with water or some kind of buffer, and the other cell, known as the sample cell, contains the macromolecule. To work the machine, a constant power of less than 1mW is applied to the reference cell. The circuit then activates the heater on the sample cell. Once this has all occurred, the titration can take place. The ligand is titrated into the sample cell. The measurements are then taken from the Calorimeter.

ITC is often used at the University of Reading, UK. Dr. Richard Frazier uses the Isothermal Titration Calorimeter provided by the University for a number of his research projects, primarily the analysis of protein-polyphenol interactions. He describes ITC as “a technique designed primarily for the study of biomolecular interactions. All reversible chemical and biochemical interactions involve changes in enthalpy (ie. The liberation or absorption of heat energy). ITC can sensitively detect these small changes in heat involving as little as nanomolecule quantities of the interacting species in solution. Since it detects a fundamental property of all molecular interactions, ITC can be considered as a universal technique and does not require chemical modification or immobilisation of either interacting species.”

Frazier mentions key applications of ITC to be:

“In a typical experiment, the macromolecule is placed in a sample cell of the calorimeter and the ligand loaded into an injection syringe. The ligand is titrated into the sample cell as a sequence of 5-10µl injections. Raw data are obtained as a plot of heating rate (µcal s-1) against time (minutes). These raw data are subsequently integrated to obtain a plot of observed enthalpy change per mole of injected ligand (ΔHobs, KJ mol-1) against ligand concentration (mM) or molar ratio (ligand:macromolecule). From this integrated plot complete thermodynamic data including enthalpy (ΔH), entropy (ΔS), free energy (ΔG), association constant (Ka) and stoichiometry (i.e. number of niding sites, n) is provided.”

“We are carrying out fundamental studies to characterise the binding of polyphenolic compounds (tannins) with proteins,” explains Frazier, “It is uncertain how protein-polyphenol interactions influence nutritional functionality, particularly in terms of bioavailability. Polyphenols are also thought to interact irreversibly with dietary proteins and digestive enzymes in the gut, and are believed to be transported bound to plasma proteins in vivo. Such protein binding may influence the physiological effects of polyphenols, depending upon their intake and structure.”

The laboratory at Reading University uses a Nano-ITC III Isothermal Titration Calorimeter that “can be operated from 0-80°C. Heat effects as small as 30 nanocalories which are detectable with 1 nanomolecule or less of biopolymer. Equilibrium constants in the range of 102 to 108 M-1 can be determined.”

Dr Frazier believes that the ITC technology has greatly advanced. “It has developed in terms of improved sensitivity and simplicity of operation. Additionally, improved software packages are available for data modelling. There are many possible applications of ITC for food science research issues. ITC is likely to grow in importance as we seek to understand fundamental mechanisms of interactions at the molecular level.” 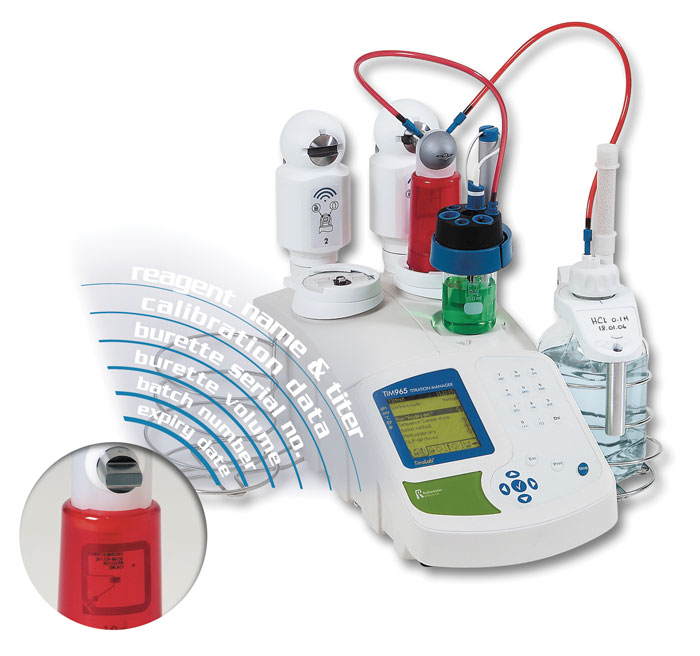 At the Israel Institute of Technology, Dr Yoav Livney also uses ITC on a regular basis. Livney describes the technique as “a highly sensitive calorimetric method used to measure heat evolved or absorbed during adding and mixing of two solutions, until the system returns to isothermal equilibrium. This is useful in the research of interactions between molecules, including binding interactions e.g. ligands binding to proteins, enzyme-substrate interactions, aggregation and micellisation phenomena, various chemical reactions, heats of dilution and more. The high sensitivity is based on the accurate measurement of temperature difference between a sample cell containing one solution, into which a computer-controlled syringe is injecting another solution while stirring. The whole system is carefully temperature controlled. Data analysis allows finding enthalpy changes, and using modeling, also binding constants, free energy changes, stoichiometry of the reaction, and entropy changes.”

Most recently, Dr Livney has used ITC to study “Micellisation of Beta-Casein” alongside many other professors in the Laboratory of Biopolymers and Nano-Biotechnology. “This was the first time micellisation of this protein has been studied by ITC, and also the first time it was observed by Cryogenic Transmission Electron Microscopy (Cryo-TEM),” he said, “We have found that in pH 7.0 and in 0.1 ionic strength the critical micellisation concentration (CMC) decreased from 0.15 to 0.006mM as the temperature was raised from 16 to 45oC. We have also found that under 30oC the micellisation was consistant with a step-wise association model (“the Kegeles model), while at the higher temperatures studied the process became more cooperative and abrupt. The Cryo-TEM images revealed small, oblate micelles, about ~13nm in diameter.”

“This research is important on a basic as well as applicative level, as the self assembly of proteins and other molecules has enormous potential in food nanotechnology. For example:

Dr Livney believes that ITC is an important food analysis tool that will continue to grow in importance. He said “I believe that ITC will become more important in the future, as a powerful tool for the study of food thermodynamics, in particular in self-assembly studies, in light of the great potential development in nanotechnology in food and biotechnology.”