Swine dysentery in the US: The past, present and future…

As antibiotic usage drops, the National Pork Board is monitoring a once-mighty bacterial swine disease now sparsely recorded in the US. Here, Tyler A. McNeil explores the infection’s wrath, halt, rebound and future. 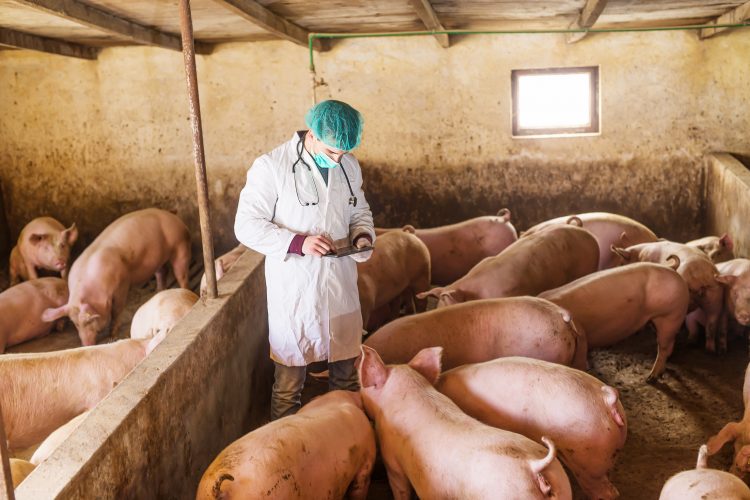 Although no longer deemed as a major threat to the American pork industry, swine dysentery should very much be on the industry’s radar. We have known for a long time that the bacteria brachyspira hyodysenteriae is closely associated with this illness in pigs, resulting in bloody diarrhoea, weight loss and dehydration in herds. However, it was only in the early 2000s, that a different bacterium, known as brachyspira hampsonii, which causes the same symptoms, was discovered.

The US Department of Agriculture’s National Pork Board believes that swine dysentery is not a huge concern, but worth monitoring as antibiotic usage drops. As the programme lacks national medical data on swine dysentery, it assesses threat levels based on laboratory testing submissions, expert analysis, and surveys. Lisa Becton, director of Swine Health Communications for the Pork Board and veterinarian, feels that more stringent antibiotic guidelines in the US could be an issue for some pork producers seeking to ward off swine dysentery and similar diseases, “depending on what happens down the road with antibiotic usage”.

US livestock antibiotic sales have dipped following tighter regulations from the US Food and Drug Administration (FDA) and more corporations opting to only use antibiotic-free meat over the last four years. The movement was an effort to prevent antibiotic-resistant bacteria from forming and potentially harmful chemicals from entering the food supply. Antibiotics carbadox, lincomycin and tiamulin have been used to treat and prevent swine dysentery in the US and other parts of the globe for decades (Carbadox is banned in the European Union, Canada, and Australia due to research showing it as a potential cancer agent in poultry).

Diagnostic pathologist, Eric Burrough of Iowa State University theorised lower antibiotic usage in the US could be a factor behind more and more swine dysentery agents at the institution’s Veterinary Diagnostic Laboratory. The older strain, brachyspira hyodysenteriae, has been increasingly detected in lab submissions since 2015, while brachyspira hampsonii, only reemerged there last year.

The number of total cases detected in feces and colon tissue submissions is not a “staggering number,” according to Burrough, it has averaged between 30-50 cases in recent years. While lab results do not represent swine populations, Burrough mentioned several potential parallels at Iowa State with industry-wide trends. Both strains of the bacteria dipped in 2013 after the porcine epidemic diarrhea virus was detected in the US. Subsequent biosecurity measures for PEDV may have cleaned out swine dysentery as well.

Biosecure environments — sanitary, pest-free environments — are the second and last line of defence against swine dysentery. The disease is transmitted through feces in or near filthy settings. Farms with flush gutter systems, pigs outdoors, poor rodent control, and exposure to wild animals near open water are more likely to have an outbreak.

Tied with poor biosecurity measures, American pork producers suffered outbreaks from the 1930s until the late 1990s, even with more antibiotics available in the latter half of the century. It was a nearly $1.2 billion blow to the country’s pork industry between 1970 and 1990.

The nation’s top pork production state, Iowa, was also heavily impacted. Around 40 percent of herds in Iowa were infected with the disease in 1982, Arizona Veterinary Diagnostic Laboratories reported.

Swine antibiotics bloomed in the 1970s to treat and prevent diseases such as swine dysentery…although there is still is no vaccine against the disease.

Some experts differ on the historic efficiency of antibiotics against the disease. James Lowe, director of the i-Learning Center at the University of Illinois at Urbana Champaign’s College of Veterinary Medicine, said that production site changes had a greater impact than medicinal defences in the late 20th Century. “The rapid onset of the disease precludes effective antibiotic therapy,” Lowe said. “Antibiotics make it suck less, but it doesn’t stop it.”

Lowe lauded Iowa pig disease researcher, Hank Harris, as a key player in swine dysentery prevention. As vice president of Pig Improvement Co. in the late 1980s, Harris developed a multi-site production system in which swine are separated for breeding, gestation and farrowing stages on cladded, indoor flooring. Each site is sanitised to remove all feces and potential disease-carriers before pigs enter.

Farms adopted the multi-site production system across most of the Midwest and other parts of the world; concurrently, the number of swine dysentery lab submissions dropped. About one million pigs are moved each day in the US as of 2019.

The Pork Board does not promote a specific system, but believes sanitation is a game-changer in each type. Becton said multi-site production can even backfire with dirty transportation, equipment or boots.“With multi-site [production], you have to be on top of your game,” she said. “And whether it’s this disease or others, if you’re not, it’s going to bite you.”

To prevent the spread of infectious illnesses like dysentery and African swine fever (ASF) via transport, the National Pig Association and the Agriculture and Horticulture Development Board have pushed a #MuckFreeTruck campaign.

Many European and Southeast Asian nations are currently wrestling with ASF, the culprit behind 25 percent of swine deaths by disease complications or eradication efforts last year. This disease has not been confirmed in North America, South America or Australia. Should ASF ever get reported in the US, veterinarians by state law are required to report it to a public health agency. This typically applies to other infectious pig diseases like swine influenza and classical swine fever, but not swine dysentery.

The United States Department of Agriculture (USDA) has centralised animal disease surveillance with a National List of Reportable Animal Diseases over the last decade. Swine dysentery is not in that system either.

Foreign traceability, industry-wide economic impact, human health implications and herd eradication rate can all factor into reportable diseases, according to Dr Meghan F. Davis, a molecular epidemiologist and environmental microbiologist at John Hopkins University in Maryland. Swine dysentery can still be problematic to pork producers, she explained, but containable per farm. “Disease reportably is different from concerns with disease or disease impact,” Davis said.

The only nationally collected data on swine dysentery is in the USDA’s periodical National Animal Health Monitoring System. The study is based on producer opinion, not case confirmations.

In three NAHMS reports (the USDA’S initiative known as National Animal Health Monitoring System) released from 2000 onwards, producers recorded low swine dysentery levels. The next report is slated to come out in 2021.

“My gut feeling on that is that it’s probably going to be similar,” Becton said, commenting on the report, “but it’s hard to say.”

Based on the Pork Board’s communication with veterinary groups, heightened biosecurity measures against PEDV (enteropathogenic porcine epidemic diarrhea virus – a member of the coronavirus family) in the mid-2010s quelled some anxiety over swine dysentery’s return. Without national data aggregated, it’s hard to track case quantity and reach.

Former Kansas Public Health Officer Gail Hansen, who advises George Washington University’s Antibiotic Resistance Action Center, speculated that it is possible for the disease to be problematic again. “Sometimes when you stop using antibiotics, the bacteria that were resistant die off and sometimes they don’t,” Gail said, “and we don’t have any good models to tell you who’s going to do what and when.”

The FDA has also launched a plan (two years ago) to restrict all over-the-counter livestock antibiotics by 2023. This is in an effort to stop over-usage, with producers only able to access antibiotics by prescription; compliance is expected this year. 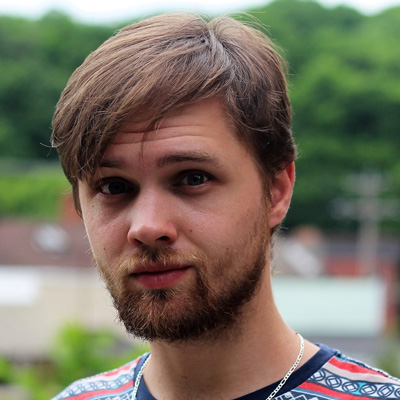 By Tyler A. McNeil