Foodstuff Production: A culture of contradictions?

Again and again consumers are confronted with scandals in the foodstuff industry. The latest case is the Fipronil egg scandal in the Netherlands and in Lower Saxony (Germany). So what can do foodstuff producers and marketers do to avoid such cases? 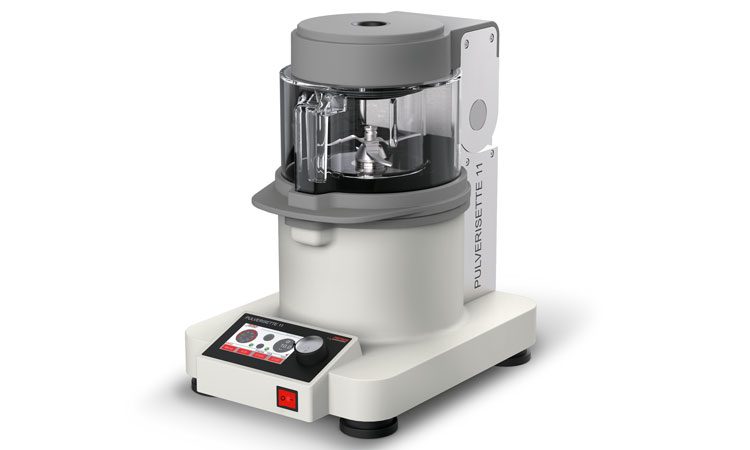 Foodstuff producers can actually do a lot, if you believe the rising costs in the area of modern foodstuff analysis. During the last few decades, newer and more sophisticated processes will be and were developed with the most sensitive detection thresholds (ELISA, PCR or the mycotoxin analysis) for quality control, in order to lower the number or even eliminate such scandals and the potential danger for consumers.

So now, in the context of these analytical processes, methods for sample preparation of the most diverse matrixes have been developed. Because, especially with food-stuffs and the raw materials, respectively convenience products are often composed clearly more heterogeneous like all other substance groups. Especially in regards to comminution, there are often limits like the rheological properties of a material, the ingredients or the volatile components which can only be prepared without regulating factors (sieves). That’s why often knife mills are utilised. FRITSCH now offers such a knife mill in industry quality: the Knife Mill PULVERISETTE 11.

The above traditional German saying asks for God’s blessing for hops and malt. Known and used as a base material for the production of beer shows hops’ much more diverse pharmacological-effective aspects. So many secondary plant substances like humulene, caryophyllene, as well as certain plant dyes, contribute to the anti-inflammatory or soothing effects of hops. It is even possible that they contain a species-related mechanism of action to the body’s own sleep hormone, melatonin.

In order to examine this in detail and to ensure a better extraction of these ingredients, fresh female hop cones were comminuted and homogenised in the PULVERISETTE 11 at 4000rpm for 15 seconds. 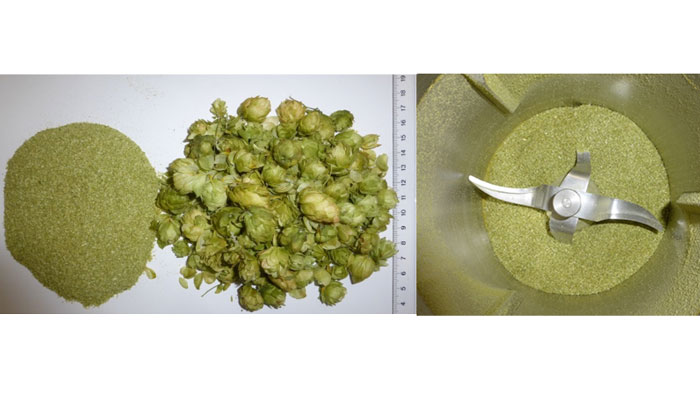 Left: Hop cones before and after the comminution. Right: Hops milled at 4000rpm, grinding time
15 seconds

In order to identify vitamins or other ingredients of fruit-flavoured hard candy according to the mandatory product labelling, usually the candy must be mechanically processed. The often-utilised HPLC requires only weighted samples of a few milligrams though, in which a realistic random distribution of characteristic features of the sampling seem difficult.

Problems during the sample preparation stage are often down to the high content of sugars and the vitamin content. An embrittlement with liquid nitrogen seems therefore unavoidable in order to change the breaking behaviour of hard candy and to guarantee the temperature stability of the vitamins.

All this can also be carried out with the Knife Mill PULVERISETTE 11. A beforehand conducted embrittlement in the stainless steel vessel, as well as only a brief comminution of 20 seconds at 5000rpm, create a finely distributed powder without a too high application of energy. 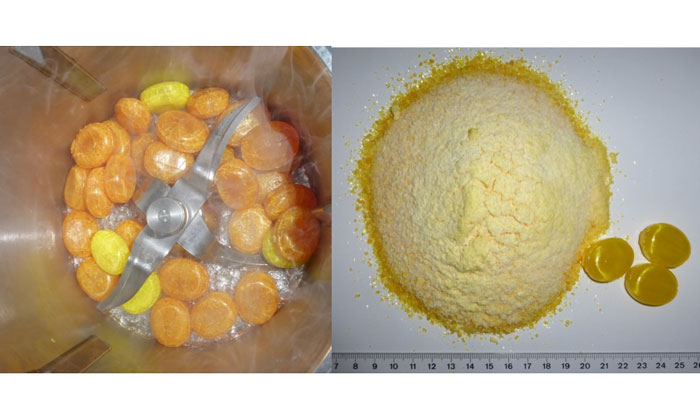 On the trail of mycotoxins

Mycotoxins as metabolites of mildew, like aspergillus niger or aspergillus flavus, present a health risk for the consumer. But they also present economic losses, as well as the possibility of unidentified infestation and the associated spoilage of the quality due to mildew is enormous. Especially significant, are the so-called aflatoxins, since they are already carcinogenic in the slightest amounts. Due to this reason, the detection limits are in the range of a few µg/kg.

Especially prone to such ‘mildew nests’ are spices or nuts of any kind. Based on the formation of nests in such material samples, the representative sample preparation for a laboratory sample requires a relatively large sample size. That’s why during the tests with the Knife Mill PULVERISETTE 11 approximately 800g of hazelnuts were processed.