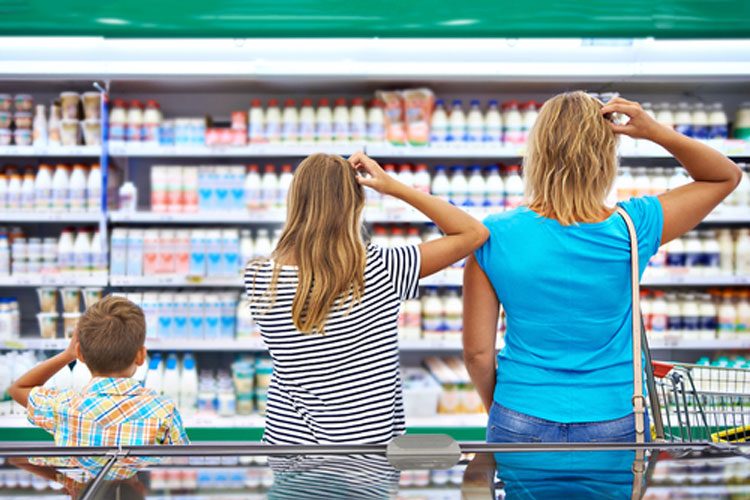 Consumers are confused about what foods are good for digestive health, according to a new survey from consultancy New Nutrition Business.

The survey asked 3,000 people from the UK, Australia, Spain, Brazil and the US to rank some common foods as good or bad for their gut health.

Says a spokesman from New Nutrition Business, “While 38 percent of respondents singled out bread as the key culprit behind gastrointestinal distress, 24 percent said it was good for digestive wellness. And despite kefir and fermented vegetables being hyped as gut health heroes, more people believed bread was good for digestion than believed kefir (17.6 percent) or fermented vegetables (15.8 percent) were good.”

Consumers appear to be  just as divided over the gut health benefits of milk and meat – nearly half of those surveyed, 46.6 percent, believed dairy milk was good for digestive health, while 30.6 percent thought milk was bad for their digestion.
Just over half, 55 percent, said they choose lactose-free foods for their digestive health (although only 15 percent claimed to be lactose-intolerant). As far as meat was concerned, 27 percent  of respondents said it was good for digestive wellness, while 33 percent believed it was bad.

“Contradictory consumer beliefs about which foods are good or bad for digestive health indicate how strongly attitudes about food and health are fragmented,” says Joana Maricato, research manager at New Nutrition Business. “Most people are adopting a wide variety of behaviours in relation to diet and health.”

This is a result of growing mistrust in official dietary guidelines, according to Maricato, and people’s desire to take back control of their diets. “Changes in dietary advice over the past 15 years have created consumer scepticism about the “expert” opinions of dieticians and nutrition researchers, just at the moment that technology has made it easier for people to find dietary information for themselves,” Maricato adds.

Most respondents, 76 percent, said they thought messages about diet and health were confusing. Asked where they learn about healthy eating and diet, most said they searched online and read blogs, while only 28 percent asked a nutritionist or a dietician.