Researchers at UCLA have partnered with sushi restaurants and government regulators to identify and prevent seafood fraud in Los Angeles. 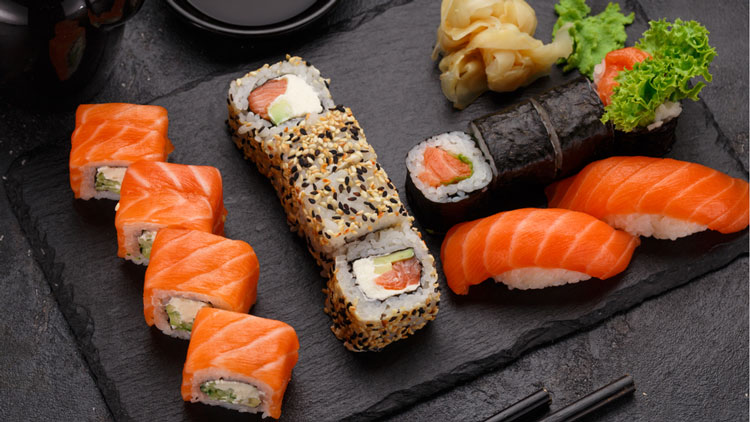 Since April, scientists along with 80 UCLA students and several others at Loyola Marymount University and Cal State University, Los Angeles, have been purchasing small pieces of sushi – each about the size of a kernel of corn – monthly from 10 restaurants. Back in the laboratory, they extract DNA and analyse the fish.

Each species of fish has a unique genetic sequence. The researchers and the students, who are enrolled in an introduction to marine biology course taught by lecturer Professor Timery DeBoer, study the DNA to distinguish one fish species from another using a tool called DNA barcoding.

Why is the sushi on your plate mislabeled? A primary factor is a discrepancy between federal Food and Drug Administration regulations and biological reality, said Prof Barber.

“Yellowtail has six species. The FDA says one can be called yellowtail and the five others have to be called amberjack,” Prof Barber mentioned. “In Japan, each of these six species of yellowtail prepared by sushi chefs is sold under a different name. These fishes vary in taste and cost. In the US, the FDA says five of these have to be sold under just one name. This is the equivalent of saying we know there are Toyotas, Hondas, Nissans, Rolls-Royces, Jaguars and BMWs, but you can call those only Toyotas or BMWs.

“It’s actually impossible for sushi restaurants to correctly identify the fish they are serving for a number of species of fish using the limited FDA-recognised names,” Barber said.

Another example is red snapper. Often, what is sold is a fish called red sea bream, said lead author Demian Willette, who earned his doctorate from UCLA and is now an assistant professor of biology at Loyola Marymount University.

The researchers are working with the FDA’s Center for Food Safety and Applied Nutrition in Los Angeles, which manages the FDA’s seafood guidelines that restaurants follow. They have already drafted recommendations for the labeling of yellowtail.

Most fish eaten in the United States are not caught in this country and often are not processed here, either, making it difficult to trace their identities, said co-author Samantha Cheng, an Arizona State University assistant research professor in the life sciences, who earned her doctorate at UCLA under Barber.

What’s a seafood-loving diner to do?

When Cheng orders sushi at restaurants, she asks which fish was used and where it originated.

“I want restaurants to be aware that people care and I want them to make an effort to determine where it was fished,” she said. “I take a lot of time at the sushi counter and grocery store and look up information about fish on my phone.”

“The best thing consumers can do is care and ask questions,” Barber said. “That will trickle down the entire supply chain. If enough people start asking where the fish is from, the restaurants will ask that of their distributors, and the distributors will ask this of the fishermen. This will work only if the people who pay the bills demand accountability.”

The monitoring project began as part of a UCLA marine science course Barber taught in which Cheng and Willette were teaching assistants.

“As scientists, we generate data and can share what we know, but we need the restaurant industry and regulators, and we learn from them,” Willette said. “We can’t solve this as scientists alone.”

The researchers are not identifying the restaurants, but some have chosen to identify themselves. One such restaurant is Sugarfish, which is now implementing suggestions from the project and whose menu identifies fish species’ names based on DNA sequencing. The restaurant is co-owned by Jerry Greenberg, who is a co-author of the journal article.

“Seafood mislabeling is a global issue, but by banding together, we can do something about it,” Cheng said. “I’m excited to see how this partnership develops.”

Willette, Cheng, Barber and colleagues reported in a January 2017 study of the DNA of fish ordered at 26 Los Angeles sushi restaurants from 2012 through 2015 that 47 percent of sushi was mislabeled. Out of 43 orders of halibut and 32 orders of red snapper, DNA tests showed the researchers were served a different kind of fish 100 percent of the time. Previous studies detected similar problems nationally and internationally, Willette said. However, halibut bought at grocery stores and tested showed nearly 100 percent accuracy of the labeling, Willette said.

“I believe this seafood monitoring project will work in reducing these mislabeling numbers and that when we’re sampling a year from now, we’ll see improvement,” Willette said.

He encourages more sushi restaurants to join the project.