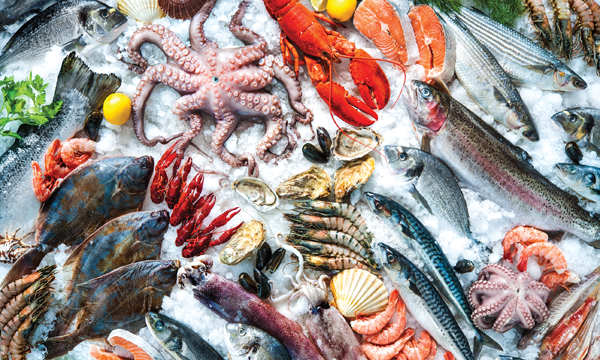 The latest seafood ratings on the Marine Conservation Society’s (MCS) Good Fish Guide website have seen three haddock fisheries in the North Sea and West of Scotland area downgraded, due to a change in scientific advice, meaning it is no longer on the charity’s recommended green list of fish to eat.

Haddock is a popular choice with seafood consumers and a favourite at the chip shop. It’s one of the UK’s ‘Big 5’ fish species along with cod, tuna, salmon and prawns.

Two North Sea haddock fisheries are now rated 4 (amber), and the other has dropped from being a good choice (rated 2) to one to eat only occasionally (rated 3).

Bernadette Clarke, MCS Good Fish Guide Manager said, “These ratings changes have come about because scientfic perception of the stock has changed. Compared to 2015, the stock numbers in 2016 were below the recommended level and at the point where action is now needed to increase the number of fish of breeding age.”

The Marine Conservation Society has updated its comprehensive set of advice on the website, and although fisheries for haddock are doing less well than in previous years, other seafood choices are looking more positive.

Nephrops, commonly known as scampi, from Farn Deeps fishery has been re-rated from a 5 (Fish to Avoid) to a 4, in recognition of improved management – and although it’s some way off being sustainable, it’s a step in the right direction. There were also improvements for scampi fisheries in the west of Scotland, Clyde and Jura catch areas.

The Guide includes new ratings from further afield. American lobster (Homarus americanus) caught on the Canadian side of the Atlantic and in the Northeast US (Gulf of Maine and Georges Bank fisheries) has become more common and clawed its way into UK supermarkets at Christmas. “Remember to choose fish from Marine Stewardship Council certified fisheries when choosing American lobster (green rated 2),” says Bernadette Clarke, “These generally implement stronger management methods to protect the stocks, habitat and to avoid the bycatch of endangered species.”

Squid, often called calamari on the menu, has been experiencing mixed fortunes globally. Populations appear to be increasing in the North Sea, but the Argentine shortfin squid – the second biggest squid fishery in the world – has seen huge decreases in landings and 2016 prices increased by 30% compared to the end 2015.

Although squid are a fast growing species and an important predator and prey species, they’re also very sensitive to environmental changes and these global swings in squid populations could be down to El Niño which this year has had a real impact on ocean temperatures. MCS says that, going forward, squid must be monitored and the level of fishing adapted appropriate to the population sizes in any specific year.

As a group, tuna are one of the UK’s five most popular fish to eat, and the UK is the second-largest importer of tuna in the world. The variety available makes choosing tuna complicated, and the level of detail given on the Good Fish Guide enables the consumer to make a sustainable choice.

Yellowfin from the Indian Ocean is a major source of tuna for the UK, mainly sold as fresh or chilled steaks. But the stock is overfished and not well managed. Red ratings remain for longline, purse seine and gill net fisheries. Even with commitments to recover the stock, levels are not expected to recover the fishery to sustainable levels within 10 years.

However, it is good news for North Atlantic albacore. The longline and pelagic trawl fisheries for this stock have improved from a 4 to a 3 and a 3 to a 2 for troll and pole & line fisheries. New stock assessments have revealed the population has recovered to a healthy level after previously being overfished. South Atlantic albacore has also seen similar improvements.

Bigeye tuna in the East Pacific Ocean, on the other hand, has been downgraded from a 3 to a 4 for the purse seine and longline fisheries because the stock is now in an overfished state.

To get the complete picture when it comes to seafood ratings, visit www.goodfishguide.org, download the App on iphone or android, or pick up a printed pocket version from MCS.

Clara Govier, Head of Charities at People’s Postcode Lottery says: “It is great to see a whole range of resources giving people the power to make their own choices on which seafood to eat. However you access it, the Good Fish Guide gives instant advice on what to eat and how to cook it, whether you’re shopping for the family in the supermarket or looking for a place to eat out. I’m delighted that players of People’s Postcode Lottery are able to support this initiative.”