The future farmer will make synthetic fertilisers at their own farm

Are farmers about to begin to produce their own synthetic fertilisers on their own farms? 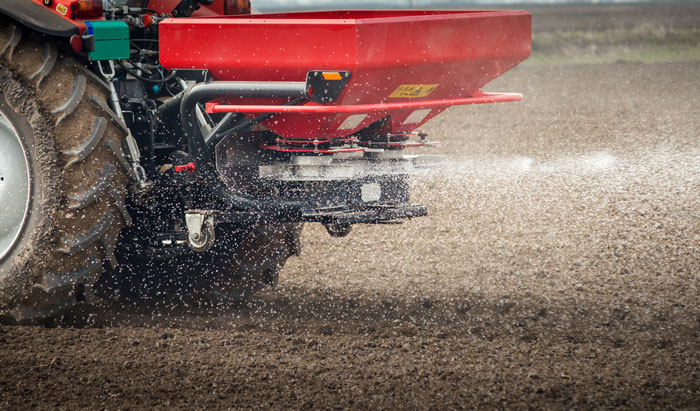 Norwegian synthetic fertiliser production began 110 years ago, and its inventor Kristian Birkeland died 100 years ago. While he made it from renewable energy and air, today it’s made from natural gas, with big CO2 emissions. “Time to think of something new,” says Truls Norby, professor in chemistry.

It’s time for something new. We have produced fertilisers the same way for a century, says Truls Norby, who is a professor in chemistry at the University of Oslo, Norway. He explores a ground-breaking idea with great benefits for the climate.

The production of synthetic fertiliser by converting airborne nitrogen to plant nutrients is one of the great Norwegian industrial adventures. The inventor Kristian Birkeland (1867-1917), who was a professor of physics at the University of Oslo (UiO), has even adorned the Norwegian 200 NOK notes since 2004.

The commercial production of synthetic fertiliser through the famous Birkeland-Eyde process started in the town Notodden in 1907, and the company Norsk Hydro ASA and later Yara ASA has produced synthetic fertilisers for billions worth in all the following years.

Kristian Birkeland died in Tokyo the winter 1917, following a severe cold. In 1927 Norsk Hydro started producing synthetic fertilisers with the less energy-consuming Haber-Bosch method, which is still in use.

Yara International is one of the world’s largest producers of synthetic fertilisers, their Norwegian production sites are on Herøya and in Glomfjord.

All you need is on the farm

I believe that this industrial adventure will some day pass. Sooner or later the farmer in Africa or India, Italy or France will no longer buy fertiliser in large bags from Norway.

She will instead make her own synthetic fertiliser with renewable energy and renewable raw materials. The only things needed for this production is energy, air and water – and the farmer in sunny countries has all that at his or her farm.

This renewable manufacturing method will be a lot better for the environment, because today’s production uses natural gas as its energy and hydrogen source, which leads to large greenhouse gas emissions.

The environment also gains from the fertiliser being produced where it’s being used, instead of being manufactured in a few large factories and transported over long distances.

Truls Norby is a professor at the Department of Chemistry and was in charge of what is said to be the University of Oslo’s first acknowledged patent in 2004. He has also co-established two companies, and in 2012 he won the university’s innovation prize.

So when Norby looks into the crystal ball, it’s worth listening.

But why does Norby think that the future farmers will make their own synthetic fertilisers?

Both the Birkeland-Eyde procedure and the Haber-Bosch method are ineffective. Besides, today’s synthetic fertiliser is being made with natural gas which contributes to CO2 emissions that are harmful for the global climate.

These emissions are superfluous, says Norby.

The production of fertiliser with the Haber-Bosch method is carried out like this: Nitrogen from the atmosphere and hydrogen from natural gas are brought together under high pressure and high temperatures. With the help of a catalyst a chemical process is set in motion, converting nitrogen (N2) and hydrogen (H2) to ammonia (NH3), which can then be used to make synthetic fertiliser.

Bacteria can already do the trick

Truls Norby is the head of a project financed by the Research Council of Norway, looking into the possibilities of cracking nitrogen with the help of a catalyst and “hard” ultra violet light (UVC) that contains a lot of energy, kills bacteria and virus and is used for air- and water cleansing.

The major idea is that UV light with different energies can come from the sun and other renewable energy sources at people’s own farms in for instance Africa, instead of from Norwegian hydroelectric power, that could be used elsewhere.

We haven’t succeeded yet, but I am convinced that it’s possible to produce synthetic fertiliser from airborne nitrogen and light – sunrays or electricity driven UV lamps from renewable sources. The nitrogen fixating bacteria that grow in the roots of the pea plants do that trick effortless, he smiles.

Professor Norby is aware that even big fertiliser producers and other research groups internationally have begun to think about this.

But as I said, we had the idea of using UVC light, because this is more energy rich than normal sunlight. I might as well admit that this proved to be more difficult than we thought when we started three years ago, but we still can’t see why this should be impossible. We are teaming up with strong international partners and are hoping for a breakthrough.

Will bring Birkeland back to his roots

The Norwegian physics professor, inventor and industrial entrepreneur Kristian Birkeland died in a hotel room in Tokyo June 15th 1917, only 49 years old. At the centennial marking of his death Norby thinks it’s time to honour Birkeland by developing something even better.

Kristian Birkeland taught us to use hydroelectric power – renewable energy – in the production of synthetic fertiliser by using nitrogen gas and airborne oxygen. Later we got the Haber-Bosch method which, in the beginning, was also based on renewable energy and renewable raw materials.

But then the “unfortunate” thing happened: We found natural gas and began reclaiming the hydrogen from it, and today we are practically feeding ourselves with natural gas. It’s crucial that we turn to producing synthetic fertiliser from renewable sources, Norby insists.

Norby has named the UVC project from the old Latin expression Plus Ultra, which has also adorned the Spanish coat of arms since the early 16th century. It derives from the even older Latin expression Non Plus Ultra, being said to have been engraved on the so-called Pillars of Hercules on both sides of the Strait of Gibraltar – where they marked the end of the known world. The expression can be translated to “Nothing further beyond” and would warn seamen not to go further.

But when Columbus returned to Spain after having discovered America, the old Latin was discarded. The Spanish king instead chose Plus Ultra – “Further beyond” as his motto.

“For researchers like us it means there is still more to discover. The project’s name also implies that we “add” ultra violet light,” he smiles.

Plus Ultra is financially supported by the EnergiX program at the Research Council of Norway. The project is a collaboration among researchers at SINTEF, NTNU, and the Centre for Materials Science and Nanotechnology (SMN) at the University of Oslo.

By University of Oslo