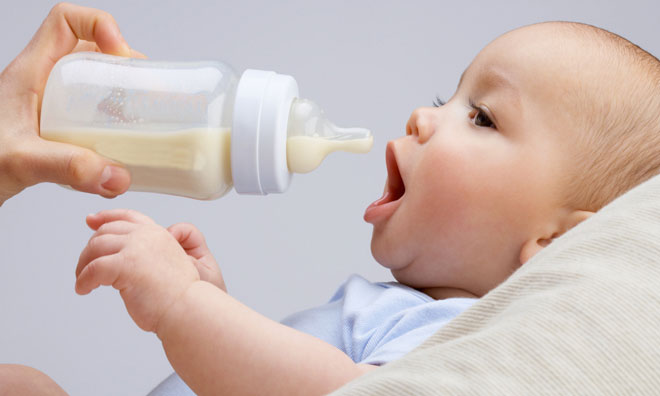 Ganeden continues its trend of being the first to receive regulatory approvals with the announcement that GanedenBC30 (Bacillus coagulans GBI-30, 6086) is FDA GRAS for infant formulas.

Already known as the leading probiotic ingredient for functional foods and beverages, GanedenBC30 is now expanding its formulation opportunities into the new space. While the probiotic supplier’s previous FDA GRAS certification covered products that could be fed to infants and children, the newest approval allows the strain to be the first and only spore-former to be used specifically in infant formulas.

An independent and critical evaluation was performed reviewing the safety of GanedenBC30 relating to usage in infant formulas.

The evaluation was conducted by a panel of safety experts, including the Chair of the Department of Pediatrics at Massachusetts General Hospital and Harvard Professor, and overseen by AIBMR.

“The safety and efficacy of the GanedenBC30 strain continues to be undoubtedly proven through solid science, leading to the receipt of numerous domestic and international certifications and approvals,” said Mike Bush, president of Ganeden.

“There are few approvals more stringent than those pertaining to infants, and our certification in infant formula speaks highly to the quality and safety of our strain, and the solid foundation of research behind it.”

Probiotics have become increasingly popular in infant products as awareness continues to rise around the importance of boosting beneficial bacteria from the start of life. Babies are born with sterile digestive tracts, and a variety of factors can affect the natural gut flora and the development of their digestive system.

“Whether a baby is bottle fed, delivered via C-section or has to be put on antibiotics all adversely affect their GI system,” said Dr. David Keller, VP of scientific operations.

“It is important to build up the good bacteria, and using a proven probiotic strain like GanedenBC30 can aid infants in this process.”

GanedenBC30 was the first Bacillus strain to receive GRAS directly from the FDA for adult usage, and has already been formulated into more than 550 probiotic foods and beverages worldwide, including a variety of children’s products. The ingredient supplier is now in discussions with leading companies in the infant category to discuss new probiotic developments.