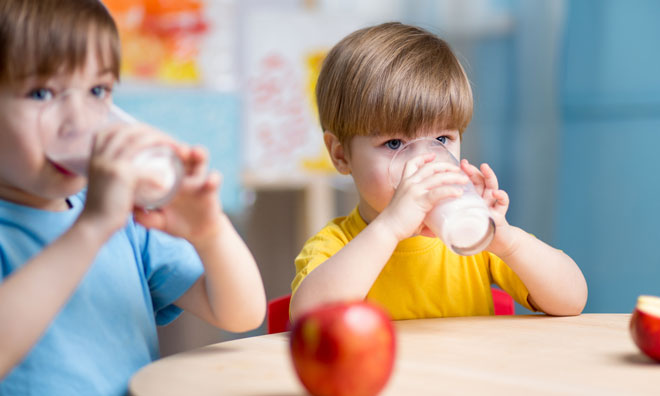 New research by the University of Auckland shows that 12 per cent more kiwi kids are meeting recommended daily dairy consumption guidelines since the introduction of the Fonterra Milk for Schools programme.

The findings of the research were announced by the study investigator Associate Professor Clare Wall, at an event today attended by Deputy Labour Leader and Health Spokesperson Hon Annette King, Olympian Eliza McCartney, and education and nutritional experts.

The national guideline for dairy consumption for primary school children is between two and three serves per day; one serve of dairy is 250ml of milk or 150g of yoghurt. Many children do not meet this guideline.

“Traditionally kids drink less milk as they get older because they start drinking soft drinks and juice. It’s great to see this hasn’t happened in the study – in fact their milk consumption is increasing.”

“Through Fonterra Milk for Schools, children’s taste for milk and understanding of the importance of dairy nutrition is resulting in positive choices around what they are drinking.”

“One of the most pleasing things we’ve seen is that along with the extra milk they get at school, they’re choosing to drink milk on the weekends as well – hopefully in preference to sugary drinks,” said Angela Rowan.

“Dairy can play a vital part in a healthy balanced diet and research shows that children who consume milk and dairy products have improved bone and dental health.

“It is good to see through Fonterra Milk for Schools these children are enjoying having dairy regularly at an age where they are forming habits that can last them a lifetime,” said Associate Professor Wall.

Since the programme began Fonterra Milk for Schools has delivered more than 70 million cartons of milk to primary schools throughout the country, including the Chatham, Stewart, Matakana and Great Barrier Islands.