Beer is the most popular alcoholic beverage in Europe. In Germany, beer enjoys a particularly high status due to the German Beer Purity Law of 1516 (the “Reinheitsgebot”), which uniquely defines the ingredients of beer to be hops, malt, yeast and water… 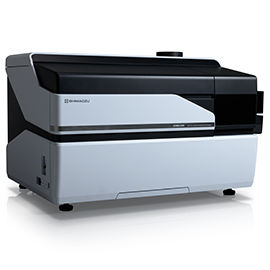 Beer is the most popular alcoholic beverage in Europe. In Germany, beer enjoys a particularly high status due to the German Beer Purity Law of 1516 (the “Reinheitsgebot”), which uniquely defines the ingredients of beer to be hops, malt, yeast and water.

The German Beer Purity Law is the oldest food law in the world, and beer is, in addition to drinking water, one of the most researched food products with the highest standards regarding quality, freshness, appearance and flavor. Statistically, per capita beer consumption in European countries was 68 liters in 2013. For these levels of consumption the question arises: just how healthy is beer and what does beer contain?

In accordance with the German Beer Purity Law of 1516, German beer consists of the ingredients hops, malt, yeast and water, as well as all major B vitamins and bitter substances. In addition, there are minerals and trace elements (e.g. Ca, Na, Mg and Zn) in beer that are important for human nutrition. However, undesirable substances such as pesticides and heavy metals (for instance Cd, Pb, Hg and As) are also detectable. To determine the organic and inorganic compounds and contaminants in food and beer, Shimadzu provides the full product portfolio of analytical instrumentation including chromatography, spectroscopy, mass spectrometry and testing machines.

The determination of inorganic contaminants

Inorganic contamination through heavy metals in beer ingredients such as water and grain and even ultra-low level element concentrations of As, Cd, Hg and Pb in the final product are analyzed using the new Shimadzu ICPMS-2030 according to DIN EN 15763: determination of arsenic, cadmium, mercury and lead in foodstuffs by inductively coupled mass spectrometry (ICP-MS) after pressure digestion. As the elemental analysis requires the ability to measure both trace and high levels, the elemental capabilities and dynamic range of inductively coupled plasma mass spectrometry (ICP-MS) make it the ideal tool for the analysis of beer and its ingredients as well as other food materials. How to determine organic contaminants

The determination of organic contaminants such as pesticides is a key feature of the triple quadrupole LCMS-8060. Pesticides can be found as contaminants in brewing water and grains. In particular, the herbicide glyphosate, which has recently become the focus of the Munich Environmental Institute, has to be monitored carefully since it is suspected to be carcinogenic.

Elevated concentrations can be expected when glyphosate is applied to a crop shortly before the harvest, a process known as siccation. Siccation is already forbidden in Germany, and Germany’s farming federation has reconfirmed that malt derived from glyphosate-sprayed barley has been banned; however, glyphosate could have been used on farms prior to the ban, meaning that barley could still have been grown in glyphosate-drenched soil.

Analysis with and without derivatization

The chromatography of glyphosate is challenging due to its high polarity. In order to overcome this, a well-established method can be utilized including a derivatization step with 9-fluorenylmethyl chloroformate (FMOC) followed by LCMS analysis. However, this derivatization is time consuming and also susceptible to errors. A sample pretreatment without derivatization is therefore desirable as it would be faster and cheaper. The high sensitivity mass spectrometer LCMS-8060 coupled to a Nexera UHPLC from Shimadzu enables glyphosate analysis with and without derivatization, and furthermore can skip a sample concentration step by solid phase extraction (SPE) for both methods, thereby additionally reducing time and cost of the analysis. Both methods allow quantification of glyphosate at 0.005 mg/kg (≙ 5 ng/mL) which is below the European Union maximum residue levels (MRL) for the raw material.