SIBA, the Society of Independent Brewers, is predicting a boost in consumer passion for British beers from local craft breweries as past experience of economic down-turn shows consumers to prefer prefer local ales over mainstream beers. 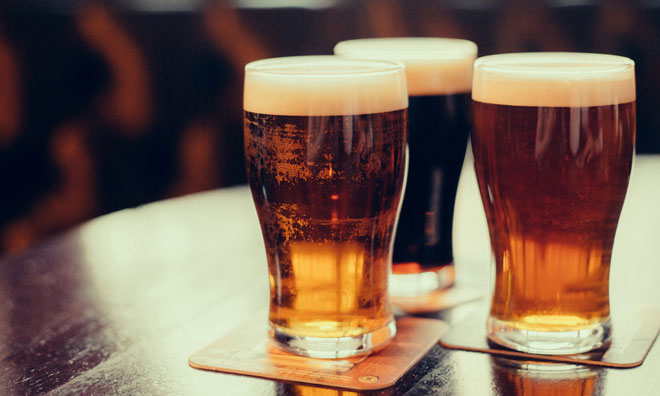 SIBA, the Society of Independent Brewers, is predicting a boost in consumer passion for British beers from local craft breweries as past experience of economic down-turn shows consumers opt to ‘trade-up on treats’. Mike Benner, Managing Director of SIBA said, “There is plenty of doom and gloom following Brexit and while it may be the case that many consumers will look for better deals on household spending generally, for beer there are some important lessons to be had from recent history. In the 2008-09 recession we saw many consumers applying ‘quality over quantity’, choosing premium local ales over mainstream beers. We also saw a strong ‘community-comfort’ effect whereby in times of uncertainty people tend to associate themselves more with their own local communities. In many ways it was these consumer trends which drove the continuing growth of local craft beer. We expect that trend to continue in the coming months of uncertainty. These effects could be positive for British craft-brewed beer in both the on and off-trade.”

SIBA is also predicting that the weaker pound will have positive effects for pubs as more UK citizens choose to holiday at home and more overseas tourists are attracted to UK shores.

Mr Benner added, “We know that the great British pub and our unique British beer are an essential part of the tourism mix and we may see some positive effects as staycations rise and tourism authorities work to boost the number of overseas visitors. It is essential that pubs get their range right in light of this, ensuring that quality local beers from craft breweries feature heavily in their offer.”

While the biggest market for SIBA brewers is local, around 17% of members exported their beers in 2015 and SIBA expects this to increase in response to the weaker pound.

Mike Benner said, “Many SIBA members are understandably anxious over the uncertainty of trade deals following Brexit, but will also look to maximise the opportunity which arises from the growing interest in craft beer around the World. British beer is unique in this booming global marketplace and craft brewers will see opportunities arising from this”