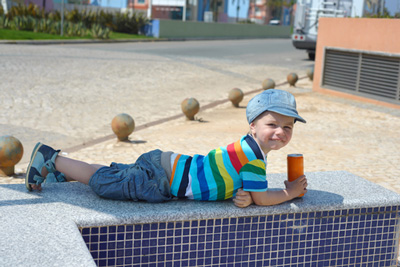 A new report from the Food Research Collaboration argues that UK policy makers must act against excessive energy drinks consumption by children and young people. The Food Research Collaboration is an initiative of the Centre for Food Policy at City University London. The report reviews the worldwide evidence on energy drinks and their impact on health. One survey outlined in the report shows that 68% of adolescents (11 to 19 year olds) and 18% of children (age 10 and under) consumer energy drinks, with 11% of adolescents and 12% of children drinking at least 1 litre in a single session.

The report also includes data from European studies that link energy drink consumption to health complaints such as headaches, stomach aches and sleeping problems. According to data cited in the report, consumption of energy drinks is also associated with risky behaviours such as binge drinking and drug use.

A single can of popular brands on the market can contain around 160mg of caffeine, while the European Food Safety Authority recommends an intake of no more than 105mg caffeine per day for an average 11-year-old.

Proposed legislation against the sale of energy drinks

The report proposes legislation against the sale of energy drinks to under-16s and a ban on marketing targeted at children. Other potential steps include in-school interventions and the implementation of shared strategies on energy drinks and children by local and health authorities.

Dr Shelina Visram, Lecturer in public policy and health at Durham University and an author of the report, said: “Youth energy drink consumption is a growing public health concern due to the high caffeine and sugar contents of these drinks. More research is needed to understand the short- and long-term effects in terms of health, wellbeing and educational outcomes. However, the available evidence indicates that these drinks are associated with a range of health complaints and risky behaviours in school-age children. Action is needed by local and national government to restrict the sale and marketing of these drinks to young people.”

Kawther Hashem, Registered nutritionist and researcher at Action on Sugar based at Queen Mary University of London, added: “Children and teenagers are being deceived into drinking large cans of energy drinks, thinking they are going to improve their performance at school, during sports, or even on a night out. In reality it is more likely increasing their risk of developing obesity, type 2 diabetes and dental caries, which will have lifelong implications on their health. The government needs to set strict limits on added sugars in these products and ban the sale to children under 16 because of their high caffeine, calorie and sugar content.”