EFSA issues statement on microplastics and nanoplastics in food

In releasing a statement, the EFSA has taken a first step towards a future assessment of the potential risks of microplastics and nanoplastics in food… 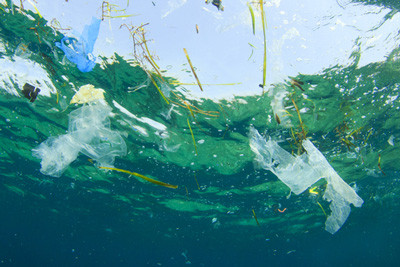 In releasing a statement, the European Food Safety Authority (EFSA) has taken a first step towards a future assessment of the potential risks to consumers from microplastics and nanoplastics in food, especially seafood. Dr Peter Hollman was a member of the working group that helped EFSA draft its Statement on microplastic and nanoplastic particles in food. Dr Hollman explained more about the statement: “EFSA has comprehensively reviewed existing literature on this topic and found there are insufficient data on the occurrence, toxicity and fate – what happens after digestion – of these materials for a full risk assessment. It also revealed that nanoplastics require particular attention. So the review has allowed EFSA to take stock of scientific developments in this area, identify data and knowledge gaps and recommend future research priorities to address them.”

EFSA defines microplastics as ranging in size from 0.1 to 5000 micrometres (µm), or 5 millimetres. Nanoplastics measure from 0.001 to 0.1 µm (i.e. 1 to 100 nanometres). Dr Hollman explained more about how they might enter the food chain: “The world’s ever increasing use of plastics has created large areas of floating plastic waste in the oceans, so-called plastic soup. Areas as big as France have been observed. This floating plastic debris is gradually fragmenting into smaller particles which eventually become microplastics and even nanoplastics. There are pellets, flakes, spheroids and beads engineered to these sizes too.”

Methods are available for identification and quantification of microplastics in food but occurrence data are limited. In contrast to microplastics no methods or occurrence data in food are available for nanoplastics, as Dr Hollman explained: “There are no data at all on nanoplastics in food but there is some information on microplastics, particularly for the marine environment. Fish show high concentrations but since microplastics are mostly present in the stomach and intestines they are usually removed and consumers are not exposed to them. But in crustaceans and bivalve molluscs like oysters and mussels, you eat the digestive tract so there is some exposure there. They have also been reported in honey, beer and table salt.”

“We know that engineered nanoparticles (from different types of nanomaterials) can enter human cells so this may have consequences for human health. But more research and data are needed.”

EFSA recommends that analytical methods should be further developed for microplastics and nanoplastics in order to assess their presence and identity, and to quantify their amount in food. Dr Hollman commented: “Research should generate data on the occurrence of microplastics and especially nanoplastics in food, their fate in the gastrointestinal tract, and their toxicity. Knowledge on the toxicity of nanoplastics is particularly needed because these particles may penetrate all kinds of tissues and eventually end up in cells.”