The US FDA has issued draft guidance for public comment that provides practical, voluntary sodium reduction targets for the food industry… 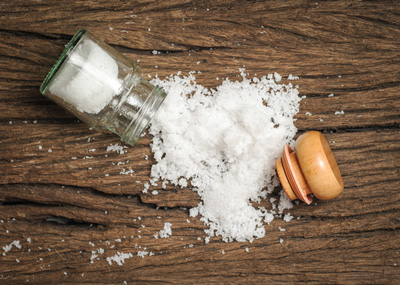 The US Food and Drug Administration (FDA) has issued draft guidance for public comment that provides practical, voluntary sodium reduction targets for the food industry. Average sodium intake in the US is approximately 3,400 mg/day. The draft short-term (two-year) and long-term (10-year) voluntary targets for industry are intended to help the American public gradually reduce sodium intake to 2,300mg per day, a level recommended by leading experts and the overwhelming body of scientific evidence. The targets are also intended to complement many existing efforts by food manufacturers, restaurants, and food service operations to reduce sodium in foods.

The FDA is especially encouraging adoption by food manufacturers whose products make up a significant portion of national sales in one or more categories and restaurant chains that are national and regional in scope.  The FDA estimates that less than 10 percent of packaged foods account for more than 80 percent of sales. According to the USDA’s Economic Research Service, about 50 percent of every food dollar goes to food consumed outside the home. Therefore the draft voluntary guidance also covers common foods served in restaurants and other food service establishments.

“The totality of the scientific evidence supports sodium reduction from current intake levels,” said Susan Mayne, Ph.D., director of the FDA’s Center for Food Safety and Applied Nutrition. “Experts at the Institute of Medicine have concluded that reducing sodium intake to 2,300 mg per day can significantly help Americans reduce their blood pressure and ultimately prevent hundreds of thousands of premature illnesses and deaths. Because the majority of sodium in our diets comes from processed and prepared foods, consumers are challenged in lowering their sodium intake themselves.”

Included in the draft guidance is a common system for defining and measuring progress on reducing sodium in the US food supply. The approach is to establish reasonable, voluntary reduction targets for the majority of processed and prepared foods, placing foods in nearly150 categories from bakery products to soups. The draft targets factor in data on consumer preferences, as well as current industry efforts to reduce sodium. The FDA is confident that the short-term targets, which seek to decrease sodium intake to about 3,000 mg per day, are readily achievable.

“We believe that the time is now to engage in a national dialogue on the problem of excess sodium. Publishing these targets is an important step in that dialogue,” added Dr Mayne.

In a statement, leading food manufacturer Mars says it applauds FDA for releasing its draft voluntary guidelines on sodium and that the release of the draft guidance will “drive a broader dialogue within the food industry and help inform consumers about the role sodium plays in their diet and overall health”.

The FDA encourages feedback from stakeholders during the 90- and 150-day comment periods on this draft guidance.