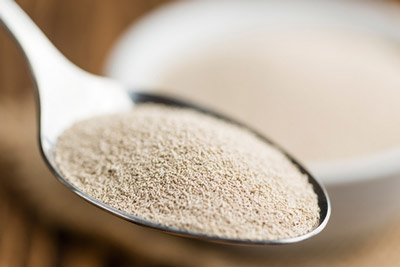 Renaissance BioScience Corp. has announced that the U.S. FDA has “no questions” in regards to Renaissance’s Generally Regarded as Safe (GRAS) notice (GRAS Notice No. GRN 000604)for its non-GMO, acrylamide-reducing (AR) baker’s yeast strain.

“The acceptance of our acrylamide-reducing yeast as GRAS by the U.S. FDA is a significant step forward in the commercialisation and marketing of the AR yeast for a wide variety of food and beverage sectors,” said Dr. John Husnik, CEO of Renaissance BioScience. “GRAS status provides further validation to food manufacturers worldwide to apply our innovative AR yeast to address the acrylamide problem that continues to be a concern in many foods and beverages. In foods that already contain yeast we believe our AR yeast can quickly and seamlessly replace the use of conventional baker’s yeast, with minimal or no change to the food production process, thereby reducing the amount of acrylamide in the final consumer product by up to 90%. For foods that do not traditionally contain yeast it is also possible to significantly reduce acrylamide levels using our AR yeast by making reasonable process alterations, as our laboratory results have shown.”

“With government reports concerning acrylamide being issued recently by the U.S. FDA, the EFSA, the U.K. FSA, Health Canada and the Japanese government, acrylamide reduction continues to be an important focus for health and food safety regulators, governments, and food and beverage manufacturers around the world ,” added Dr. Husnik.

Reduces the amount of acrylamide by up to 90%

Renaissance’s AR yeast now joins other mainstream ingredients, such as conventional baker’s yeast and other food and beverage yeasts that have GRAS status. The company’s wholly owned subsidiary, Renaissance Ingredients Inc., is responsible for commercializing the AR yeast to the global food and beverage industry.

“Recognising that food safety regulators have requested lowering acrylamide levels to As Low As Reasonably Achievable (ALARA), Renaissance Ingredients Inc. is pleased to have completed another step in the process to make our AR yeast commercially available as a safe and effective new tool for food manufacturers to lower acrylamide levels,” commented Renaissance Ingredients Inc.’s President Dr. Matthew Dahabieh.