Through a draft guidance to industry, the FDA is proposing a limit or “action level” of 100 parts per billion for inorganic arsenic in infant rice cereal… 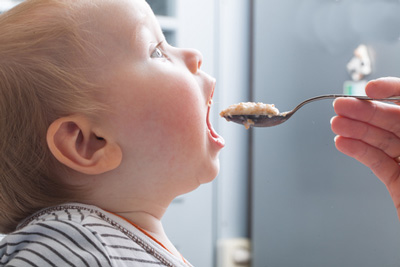 The US Food and Drug Administration (FDA) is taking steps to reduce inorganic arsenic in infant rice cereal, a leading source of arsenic exposure in infants. Relative to body weight, rice intake for infants, primarily through infant rice cereal, is about three times greater than for adults.

Through a draft guidance to industry, the FDA is proposing a limit or “action level” of 100 parts per billion (ppb) for inorganic arsenic in infant rice cereal. This is parallel to the level set by the European Commission (EC) for rice intended for the production of food for infants and young children. (The EC standard concerns the rice itself; the FDA’s proposed guidance sets a draft level for inorganic arsenic in infant rice cereal.) FDA testing found that the majority of infant rice cereal currently on the market either meets, or is close to, the proposed action level.

“Our actions are driven by our duty to protect the public health and our careful analysis of the data and the emerging science,” said Susan Mayne, Ph.D., director of the FDA’s Center for Food Safety and Applied Nutrition. “The proposed limit is a prudent and achievable step to reduce exposure to arsenic among infants.”

The agency expects manufacturers can produce infant rice cereal that meet or are below the proposed limit with the use of good manufacturing practices, such as sourcing rice with lower inorganic arsenic levels. The FDA takes an action level into account when considering an enforcement action.

Inorganic arsenic exposure in infants may result in decreased performance

The proposed limit stems from extensive testing of rice and non-rice products, a 2016 FDA risk assessment that analysed scientific studies showing an association between adverse pregnancy outcomes and neurological effects in early life with inorganic arsenic exposure, and an evaluation of the feasibility of reducing inorganic arsenic in infant rice cereal.

The FDA found that inorganic arsenic exposure in infants and pregnant women can result in a child’s decreased performance on certain developmental tests that measure learning, based on epidemiological evidence including dietary exposures.

To assess if there were other sources of inorganic arsenic in infant foods, the FDA also tested more than 400 samples of other foods commonly eaten by infants and toddlers. The agency found all the non-rice foods to be well below 100 ppb inorganic arsenic, showing that other low- arsenic options are available to be incorporated into a well-balanced diet.