CIEH to examine food hygiene practices in the home 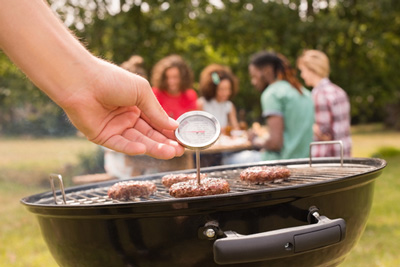 The Chartered Institute of Environmental Health (CIEH) has been commissioned by the Food Standards Agency (FSA) to undertake a review to establish the proportion of UK foodborne disease associated with food preparation and practices in the home. CIEH will seek to discover how the number of cases of foodborne disease caused by faults in the home compares with those caused by eating food prepared and consumed outside, such as from restaurants and takeaway premises.

Traditionally commercial food operations have been the main focus of attention for environmental health departments around the country. The domestic kitchen has also been recognised as an environment where people are at risk of contracting foodborne illnesses. However, there has been less attention paid to researching the extent to which poor standards of food preparation and handling contribute to making people ill.

CIEH to work closely with academic partners on the project

The project will see the CIEH work closely with academic partners on a systematic review of existing literature, as well as facilitating workshops with groups of specialists drawn from different fields.

The results are expected to be reported in the summer of 2017 and may have important implications for improving food safety in the home.

Penny Bramwell, Director of Science, Evidence and Research at the FSA, said: “The FSA has previously published research which estimates the overall burden of foodborne disease in the UK and also by pathogen and food type.

“However, we currently do not know the proportion of foodborne disease which occurs in the home as opposed to eating out. This study is attempting to address this key question.”

Frank Post, CIEH’s Executive Director of Commercial Services, said: “This is an important project given that is being undertaken on behalf of one of our key strategic partners, the FSA.

“We hope to be able to establish the extent to which the home poses a threat to our health and along the way unearth some valuable insights into poor hygiene practices that go on there.”