FSAI report highlights the risks of acrylamide and aflatoxins 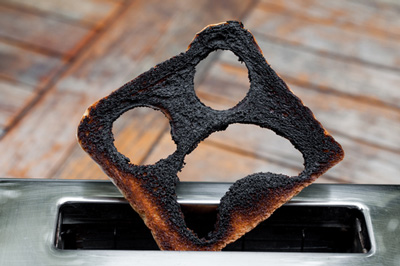 The Food Safety Authority of Ireland (FSAI) has published the results of a Total Diet Study carried out to assess the dietary exposure of the Irish population to a number of chemicals that may pose a risk to health if consumed in excessive amounts. Overall, the results show that the Irish population is generally not at risk from the chemical contaminants analysed in the diet. However, in line with international findings, potential concern is identified in relation to exposure to acrylamide (a chemical formed during the frying, roasting or baking of a variety of foods); aflatoxins (natural chemicals produced by certain fungi); and, to a lesser degree, lead. These findings are not specific to Ireland; rather, they are of concern worldwide. Continuous efforts are being made by risk managers nationally and internationally to reduce exposure to these substances to as low as reasonably achievable, bearing in mind that zero exposure is impossible. These measures include continuous review of legislation and applying best practices in agriculture and food manufacturing.

The study assessed 147 foods and beverages representative of the normal diet consumed by the population in Ireland during the period of 2012−2014. Samples analysed were based on the most commonly used food preparation practices. Chemicals studied included contaminant metals: aluminium, arsenic, cadmium, chromium, lead, mercury and tin; essential nutrients: iodine and selenium; food additives: nitrates and nitrites; food contaminants: acrylamide, mycotoxins, polycyclic aromatic hydrocarbons (PAHs); pesticide residues; and bisphenol A and phthalates which are present in some food contact materials.

Continued and regular surveillance is ‘essential’

Commenting on the results, Dr Pamela Byrne, Chief Executive, FSAI said that continued and regular surveillance is essential to ensure the ongoing safety of food eaten, produced, distributed and sold on the Irish market. She said: “While the results of the study do not give rise to any immediate concerns, we have identified a number of potential areas for further monitoring and action. These risks are of a global nature and are being addressed through legislation and other targeted measures by the European Commission, working in conjunction with European food safety agencies, including the FSAI.”

“We must recognise the investment Ireland has made in robust food consumption data for all age groups. Important work like the total diet study would not be possible without the comprehensive food consumption data provided by the Irish Universities Nutrition Alliance, which is funded by the Department of Agriculture, Food and the Marine. This information is vital for risk assessment and the protection of public health,” she added.

Sugar policy: what lies ahead for the food sector