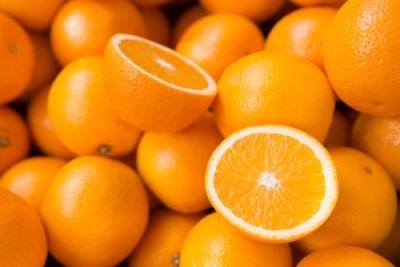 In citrus fruit, the colour of the peel is a major factor in consumer selection and in order to appeal to consumer preferences, citrus that is picked when it hasn’t reached peak colour may be treated with an emulsion containing Citrus Red No.2 (CR2) to improve peel colour. “Warm field temperatures can often result in poor peel colour, especially early in the harvest season,” the researchers said. “Under these conditions, Florida oranges, temples, tangelos, and K-Early citrus fruit are allowed to be treated with Citrus Red No. 2 dye (CR2) to help produce a more acceptable peel colour.”

The problem: CR2 has been listed as a group 2B carcinogen by both the European Union and the International Agency for Research on Cancer.

“Although not likely dangerous at levels used on citrus, and on a part of the fruit that is not ingested, there is a negative health perception, and thus a need for natural or food grade alternative colourants to replace CR2 for use on citrus,” said Jinhe Bai from the US Horticultural Research Laboratory, Agriculture Research Service, US Department of Agriculture.

Bai said that acceptable alternatives to CR2 must meet several criteria: they must produce an acceptable orange colour in treated peels, and not transfer to hands, containers, or packaging. The study evaluated five natural colourants that are commercially available and are approved as food additives: annatto, paprika, β-carotene, carrot oleoresin, and paprika oleoresin. The stability of the natural colourants (along with CR2) was evaluated by applying them on test papers and then on fresh ‘Hamlin’ oranges.

“These experiments suggest that annatto would be the most successful replacement of CR2 for use as a natural colourant on citrus fruit,” the researchers said.