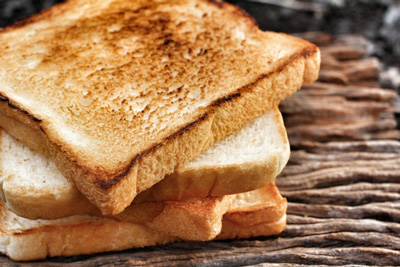 Renaissance Ingredients have released the results of an in-house, laboratory-scale analysis of the efficacy of its acrylamide-reducing (AR) baker’s yeast for applications in the global bread and baked goods market. Acrylamide is a World Health Organization Group IIA carcinogen that has been shown to be mutagenic and neurotoxic in a variety of laboratory animal studies.

The company’s non-GMO AR baker’s yeast strains (Saccharomyces cerevisiae) have been found to reduce acrylamide by up to 95% in a variety of food products by degrading the precursor compound asparagine.

In this test in both white and whole wheat bread and toast, the use of AR baker’s yeast delivered an average reduction in acrylamide of 80% relative to conventional baker’s yeast. This reduction was observed in the bread prior to toasting, as well as across three degrees of toasting (low, medium and high/dark). Importantly, no changes to the bread-making or baking processes other than the use of AR yeast were required in order to achieve these reductions.

It is well known that cooking at high temperatures significantly increases the acrylamide content of food. For example, in Renaissance’s tests, white bread baked with conventional yeast contained 30 parts per billion (ppb) of acrylamide, while dark toast made from the same bread increased the acrylamide content by 6.5 times to 195 ppb. In the case of whole wheat bread, dark toast had higher acrylamide levels of 8.9 times (34 ppb in bread increases to 301 ppb in dark toast). However, when produced with AR yeast, dark toast made from the white and whole wheat bread (that contained just 5 ppb prior to toasting) contained only 36 and 67 ppb of acrylamide, respectively, after toasting.

“Our studies show that common restaurant and consumer cooking practices can result in highly elevated levels of acrylamide in toasted bread. However, our data also show that AR yeast has the ability to mitigate this ‘acrylamide potential’ in baked goods without any changes to the cooking process. This greatly reduces the health risk that acrylamide formed during cooking poses to end consumers,” added Dahabieh. “We are now looking to work with collaborative partners at the pilot and industrial scale to confirm and refine the efficacy of AR yeast in these settings.”