The success of the beverage company Mecca Cola lies on the quality of the product, not on the fact that it wears a Halal label, explained Tawfik Mathlouti at ExpoHalal Spain… 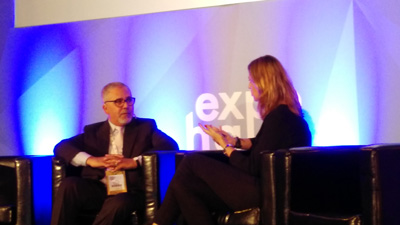 The success of the beverage company Mecca Cola lies on the quality of the product, not on the fact that it wears a Halal label, says Tawfik Mathlouti, founder of Mecca Cola. Speaking during a conference at ExpoHalal Spain 2015, the first Halal exhibition held in Spain, Mathlouti said that the best example of this idea is the middle class Chinese consumer who “goes Halal due to the quality of the products and the lack of chemicals, additives and preservatives”. This proves that “you do not have to be Muslim to drink Mecca Cola”, explained the Company founder.

Many other companies use ingredients derived from animals to make their drinks. Mecca Cola decided to eliminate animal-derived products from its ingredients and that decision helped it not only to be Halal compliant, but helped it tap into other markets interested in natural products.

“My advice is not to complicate the concept of Halal; not taking it to extremes,” stated Mathlouti, who thinks that the marketing of a product has to be done country by country and not globally. His refreshments change the level of sugar or lemon, depending on the market, but not its production.

Mecca Cola is already distributed in more than 64 countries, mainly in Asia, since its creation in France in 2002. “This same year, by November, we will come back to the Spanish market, and we hope we will distribute Mecca Cola in China starting from march 2016,” Mathlouti aimed.