In the US, as coconut water gained popularity as a health drink volumes leapt from less than half a million litres to nearly 200 million litres in 2014… 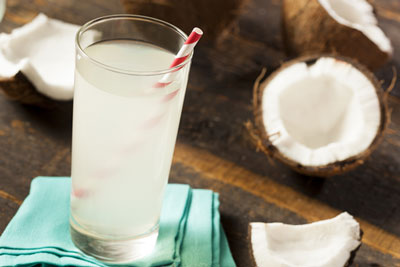 Coconut water has become one of the world’s most popular health drinks. According to Canadean, global coconut water consumption has risen by 60% over the last ten years, driven mostly by Asia and Latin America. Coconut water has only recently taken off in North America and Western Europe – in the USA volumes have leapt from less than half a million litres to nearly 200 million litres in 2014. This is where most of the branded volumes of this potassium rich drink end up. Most of the coconuts are sourced from Brazil or Thailand, countries who have consumed the drink for many years. Much of the volume sold in countries such as India is unpackaged, or straight from the coconut, sold by street vendors.

Coconut water is heralded as being low in fat, calories and sodium and therefore good for rehydration after moderate exercise. It also has more potassium than a banana which is good for curing a hangover. The electrolytes that are found in the drink have been known to settle an upset stomach by some and only to make it worse by others. Critics however are dubious as to the actual health benefits of coconut water, and how it is different to just drinking water in terms of hydration.

PepsiCo and Coca-Cola investing in the coconut water trend

Canadean’s latest data reveals that in 2014 a total of 587 million litres of coconut water were sold worldwide with consumption expected to rise by a further 15% in 2015. PepsiCo and Coca-Cola have both invested in this movement with their brands O.N.E and Kero Coco and Zico respectively. Emma Wright, Canadean Analyst, said, “The trend is only set to continue as more and more of the world is turning towards healthy low calorie soft drinks alternatives.”

Many new companies have joined the market, with existing older companies entering new markets or creating new pack sizes. Not one to be left behind Innocent, owned by Coca-Cola, known for its juices and smoothies and for promoting a healthy lifestyle, has this year launched its own brand of coconut water in order to diversify its product range and offer something new to consumers. Ferolito, Vultaggio & Sons one of the leading companies in iced/rtd tea drinks has also released its own brand CocoZona.