The FSA has published the final set of results from its year-long survey of campylobacter, a food bug mainly found on raw poultry and on fresh chickens… 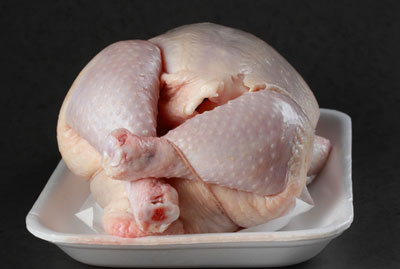 The UK Food Standards Agency (FSA) has published the final set of results from its year-long survey of campylobacter, a food bug mainly found on raw poultry and on fresh chickens. The results for the full year show:

No retailer has yet met the target for reducing campylobacter

More than 4,000 samples of fresh whole chilled chickens and packaging were tested. The chickens were bought from large UK retail outlets and smaller independent stores and butchers. The data shows variations between the retailers.

A new survey will start this summer and once again sample fresh whole chickens from all types of shops. Continued testing will help the FSA to measure the impact of the interventions now being introduced by the industry to tackle campylobacter.

The FSA has welcomed the publication today of case studies by Marks & Spencer, Morrisons, the Co-op and Waitrose  showing the results of their recently implemented campylobacter reduction plans. The data show significant decreases in the incidence of campylobacter on their raw whole chickens. The tests were carried out on more recent samples than those taken from the FSA survey samples, with some targeted to demonstrate the effect of particular interventions.

Steve Wearne, FSA Director of Policy, said, “I am absolutely delighted to see the really encouraging results from these four supermarkets and their suppliers. They are making a real difference to public health, helping to cut down on the estimated 280,000 people who get ill from campylobacter each year.

“As we have always said, if you are prepared to work across the food chain to reduce the spread of this bug then you will get results.

“I want to challenge those retailers who haven’t yet demonstrated the impact that M&S, Morrisons, the Co-op and Waitrose are having on reducing campylobacter on chickens on their shelves.  We expect all retailers and processors to be achieving the reductions we have seen in these retailers’ figures – that’s the only way we will meet the target we all signed up to.

“We are going to run this survey for a second year and will again look at campylobacter levels on chickens at retail sale. I hope that we will be able to see the results from the actions taken by the four retailers mentioned above and others come through and produce much lower figures for the incidence of campylobacter on the chicken we buy.”

Richard MacDonald, Chair of the Acting on Campylobacter Together Board, said, “I have been impressed by the level of commitment and tangible action being taken by a number of retailers and processors of chicken. I hope we continue to see further progress in our fight to significantly reduce or even eradicate campylobacter on chickens. Individual actions and cross-industry sharing of best practice are starting to have a real and tangible impact.”

*More than 1,000 colony forming units per gram. These units indicate the degree of contamination on each sample.