Pulsed electric fields could provide an energy-efficient way to preserve milk in developing countries, according to a team from Tel Aviv University… 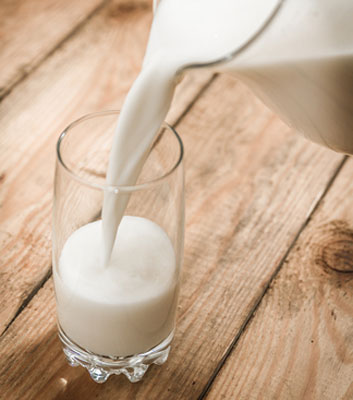 According to the study, pulsed electric fields could provide an alternative, non-thermal pasteurisation process that could hold benefits in developing countries as the technology is three times more energy-efficient than boiling and almost twice as energy efficient as refrigeration.The energy required can come from conventional sources or from solar power.

“We are on a constant hunt for new, low-cost, chemical-free technologies for milk preservation, especially for small farmers in low-income countries,” said Dr Golberg. “For 1.5 billion people without adequate access to electricity, refrigeration is simply not a possibility and boiling does not preserve milk’s freshness over time.”

In developed countries, bacterial growth in milk is managed with refrigeration. But certain pathogens like listeria monocytogenes are less sensitive to low temperature so can proliferate during transportation and in storage.

“Refrigeration slows the bacteria’s metabolism, but pulsed electric fields kill them,” said Dr Golberg, “They are a fundamentally different approach to controlling microorganisms during storage.

“Our model shows that pulsed electric fields preservation technology does not require a constant electricity supply; it can be powered for only 5.5 hours a day using small, family scale solar panels. I believe that this technology can provide a robust, simple, and energy-efficient milk preservation system that would decrease the amount of wasted milk, thus increasing the income of small farmers in developing countries.”