Nestlé has reported progress on its 2014 targets for the responsible sourcing of dairy, meat, poultry and eggs as it works to improve animal welfare… 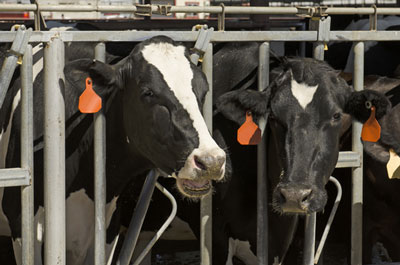 Nestlé has reported progress on its 2014 targets for the responsible sourcing of dairy, meat, poultry and eggs as the company works to further improve animal welfare in its supply chain. Last March Nestlé became the first major food company to form an international partnership with an animal welfare NGO via an agreement with World Animal Protection. Nestlé aims to achieve traceability of its supply chains for dairy and meat, poultry and eggs back to the farms. In some cases there are only two tiers between Nestlé and farms. This is therefore a relatively straightforward exercise. In other cases, this can be a challenging undertaking as there are many intermediaries involved. Nestlé is also assessing suppliers, ensuring that they demonstrate continuous progress in meeting the company’s responsible sourcing requirements for dairy and meat, poultry and eggs.

In 2013-2014 Nestlé carried out 255 third-party farm level assessments on dairy, meat, poultry and egg supply chains in Europe, North America, New Zealand and China using the protocol developed with the NGO. World Animal Protection coaches independent external auditing firm SGS to assess animal welfare practices at farm level, and shadows it during some of these assessments.

By December 2014, 27% of Nestlé’s dairy products were responsibly sourced, exceeding their 2014 target of 8%. However, 1% of Nestlé’s meat, poultry and eggs were responsibly sourced in 2014, missing the year-end target of 5%. Nestlé is working to scale-up good practices identified in the assessments. It is engaging with its suppliers on farm level remediation plans where necessary, to tackle specific areas that require improvement including cleanliness of animal enclosures, waste management processes and feed storage practices.

Nestlé will publicly report on its progress in the first quarter of 2016.