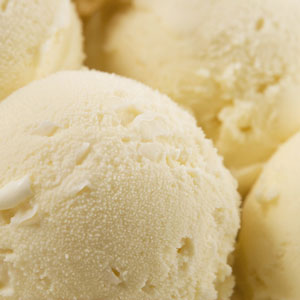 Figures released today demonstrate how significant advances in refrigeration technology have resulted in a new generation of ice cream freezer cabinets capable of a 70%* energy reduction.

Unilever scientists have developed hyper efficient point-of-sale freezer technology to replace current models that already deliver industry leading energy reductions of up to 50%. Once rolled out the new model has the potential to deliver savings equivalent to removing half a million cars* from the road network.

Having undergone a complete redesign the futuristic cabinet will not only preserve delicious treats such as Magnum and Cornetto at just the right temperature but deliver ground-breaking energy efficiency alongside increased reliability and ease of use, saving money for retailers everywhere.

Unilever Chief Sustainability Officer, Jeff Seabright comments: “Thanks to the radical approach of our scientists Wall’s ice cream cabinets across the world are driving down energy use while driving up design and innovation standards. As the market leader in ice cream and cabinet refrigeration, the size of the reductions announced coupled with our scale allows us to make a positive difference in reducing environmental impact. Enjoying an ice cream or two in summer is what fond memories are made of. Now that pleasurable experience is enhanced with added climate friendly benefits to broaden those smiles.”

Shoppers from Auckland to Zurich have, perhaps unwittingly, been doing their bit for the environment by selecting a Wall’s ice cream from the familiar red and white cabinets, as R&D Vice President ice cream, Andy Sztehlo explains: “We lead the pack when it comes to ice cream cabinet technology.

“Starting in 2004 we have undergone a journey of continuous improvement, developing our science and technology to create what by some distance is the world’s most efficient ice cream cabinet. The new technology which offers a further 20% improvement could save enough energy to power a quarter of a million homes annually.”**

The cabinet innovation falls under the Unilever Sustainable Living Plan vision of doubling the size of the business while reducing environmental impact and goes hand-in-hand with efforts to remove the last remaining Hydrofluorocarbons (HFCs) reliant freezers from use. Since 2004, using its position as the leading ice cream producer, Unilever has led these efforts, using an environment friendly hydrocarbon refrigerant alternative. More recently it has been driving an industry commitment to phase out damaging HFC’s by 2015 through participation in the Consumer Goods Forum.

In markets where the use of such hydrocarbon refrigerants are not possible, due mainly to legislative reasons, an alternative strategy has been pursued of working with stakeholders such as governments and NGOs to bring about regulatory change so greener technologies can be introduced.