California Prune Board (CPB) has reported a rise of 12 percent for UK imports of prunes in recent months. 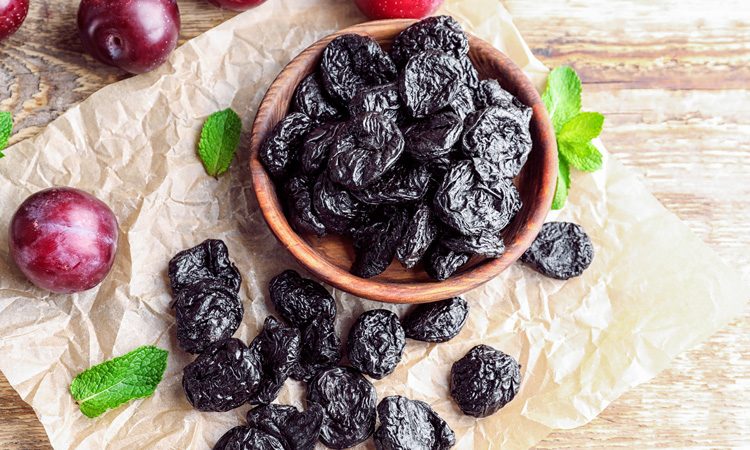 Sales of natural foods that can be stored in the cupboard are gaining traction, as worried consumers seek out longer-life snacks and cooking ingredients during the COVID-19 outbreak, according to California Prune Board (CPB).

One versatile example is dried fruit, with the CPB reporting an uplift across several of the CPB’s international markets – one which is set to continue, according to Director of International Marketing and Communications, Esther Ritson-Elliott.

“In these worrying times, consumers are stocking up on essentials which are shelf stable, especially those which can be used in a number of ways. With three prunes equivalent to one of your five a day fruit and vegetable intake, California Prunes can be a useful boost if fresh produce is difficult to get hold of. They are high in fibre, so they’re a great way to get your daily intake, plus they’re versatile enough to be eaten as a snack and used as an ingredient in both sweet and savoury dishes,” Ritson-Elliott said.

Prunes have low moisture levels, which means they can be stored in the cupboard for up to a year, according to CPB. They are are also a source of Vitamin B6 and copper, which can help maintain a normal, healthy immune system, the organisation highlighted, as well as manganese which, together with copper, contributes to the protection of cells from oxidative stress.

“In the current climate, as consumers stock up, dried fruits like California Prunes are more appealing than ever. There is an abundance of scientific evidence that shows California Prunes are a wise choice for a convenient snack or a versatile cooking ingredient, with their large size and succulent texture making them a delicious and nutritious option,” Ritson-Elliott concluded.