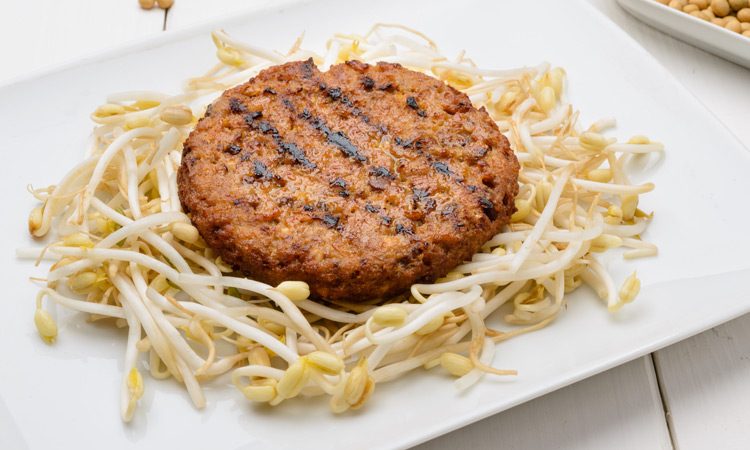 Plant-based meat products are those derived from plant-based ingredients that mimic animal-derived meat and are designed to be indistinguishable from their animal-based equivalents. They are referred to as ‘meat products’ as they directly substitute animal meat, made using plant sources such as soy, wheat and peas. The most commonly available products in the market that have used plant-based ingredients include nuggets, sausages, meatballs and burger meat patties.

The prime objective behind the concept of plant-based meat is to reduce animal meat consumption, largely due to health concerns as well as the environmental issues associated with meat production. Thus, government bodies across the globe have started paying more attention to sustainable solutions to the issues related to meat consumption. For Instance, in 2016, the Chinese government outlined a plan to reduce its citizens’ meat consumption by 50 percent. In addition, Good Food Institute (GFI) has significantly invested in various universities across the US, such as Cornell University; University of California, Davis; and University of Minnesota, in order to develop and evolve plant-based meat products in terms of their texture and taste.

An increased inclination toward healthy lifestyles, along with various initiatives taken by government bodies across the globe, has given rise to a new opportunity that enabled the development of environment-friendly, healthier and feasible solutions to curb meat consumption: plant-based meat. Many pioneers, regardless of the industry they belong to, have ventured into this realm by heavily investing in plant-based manufacturing companies. For instance, Bill Gates, founder of Microsoft Corporation (US), invested in Beyond Meat, which is one of the top five players in the global plant-based meat industry. This trend has continued to rise, and several investments and deals have taken place in the plant-based food industry over the past few years.

There are many North American companies, both start-ups and established companies, entering the plant-based market. In US the companies are expanding their presence by forming partnerships with retail chains or restaurants for distribution of plant-based meat products. One such company, Beyond Meat (US), is at the forefront, with its plant-based meat products sold in over 4,000 locations in the US. Consumers in the region are adopting a flexitarian lifestyle and incorporating plant-based foods in their daily routine diets.

Canada is another region whose consumers are demonstrating a desire to add plant-based foods to their diets, owing to the health concerns related to the consumption of animal protein products. Mexico has also experienced a rise in vegan and vegetarian eating; consumers in the region are opting for meatless versions of their popular traditional cuisines such as tacos. Thus, the North America plant-based meat market is expected to witness significant growth in the next few years. 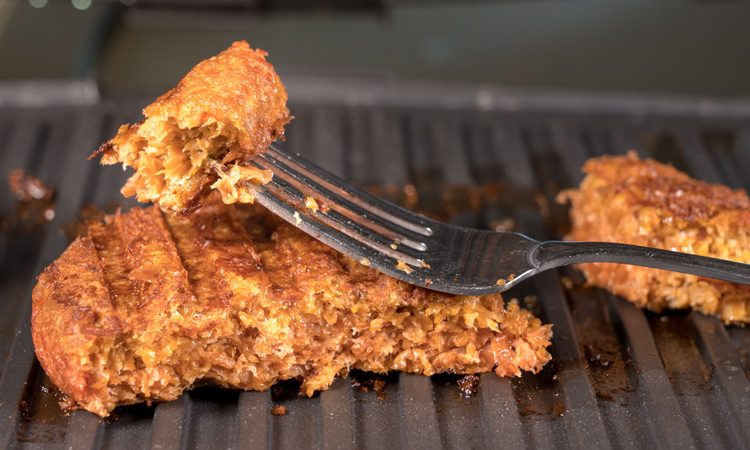 Due to rapid urbanisation and consequent lifestyle changes, there has been an increased demand for healthy food products made from healthy sources such as quinoa, oats, beans and nuts.

As opposed to animal protein-sourced foods, soy-based meat is cholesterol-free and serves as a source of fibre, vitamins and other essential nutrients; thus it’s expected to witness considerable demand in future.

Wheat is among the most commonly consumed cereal grains at a global level and incorporates several nutrients and proteins important for body growth.

Wheat serves as a source of antioxidants, vitamins, minerals and fibre. It is used as a vegetarian meat substitute and as an ingredient in a variety of plant-based meat products such as burgers, sausages, nuggets and deli slices. Leading players using wheat as an ingredient in its plant-based products include Garden Protein International (US), Morningstar Farms (US), Quorn Foods (UK), Amy’s Kitchen (US), Maple Leaf Foods (US), The Vegetarian Butcher (Netherlands), Tofurky (US), and VBites (UK).

For instance, in May 2019, Lightlife (US), an alternative protein company, launched a pea-based meat burger developed to replace beef burgers. In addition to this, Good Catch Foods’ fish-free tuna and the UK-based Nomad Foods’ Green Cuisine line (that includes meatless burgers, sausages and Swedish meatballs) also includes pea as one of the key ingredients. Owing to the increased usage and popularity of pea as an ingredient in plant-based meat products, the demand for pea protein is projected to grow considerably in the coming years.

Due to rapid urbanisation and consequent lifestyle changes, there has been an increased demand for healthy food products made from healthy sources such as quinoa, oats, beans and nuts.

Plant-based meat companies are coming up with innovative ingredients apart from the usual soy, wheat and peas. Europe was the dominant market in the others segment, owing to the presence of players such as Gold&Green Foods (Finland) that offers oat-based meat products such as patties, oat balls and hamburgers. In North America, companies such as Garden Protein International (Canada) and Morningstar Farms (US) use quinoa as one of the key ingredients to produce their respective plant-based meat products.