Webinar: Using NMR for brand protection and ensuring supply chain integrity of wine
Food Integrity, 17-18 March 2021 – Register your interest
Webinar: Pulsed Light’s Application in the Food Safety and Enhancement Space
On-Demand Webinar: A Tasty Pairing: Keeping meat products safe with the 6470B LC/TQ and the Comprehensive Veterinary Drug Workflow solution
On-Demand Webinar: Common Pitfalls in Cannabis Lab Testing – What You Should Know and How To Avoid Them
Webinar: Precise testing of pesticides in food using the SCIEX 7500 System
Take part in our survey: Shiga Toxin-Producing Escherichia coli (STEC)
In Vino Veritas. How NMR can reveal the Truth
Advertorial

Sugars from human milk – a secret weapon against allergies?

Posted: 24 April 2019 | Claudia M Hüther-Franken (on behalf of Jennewein Biotechnologie) | No comments yet 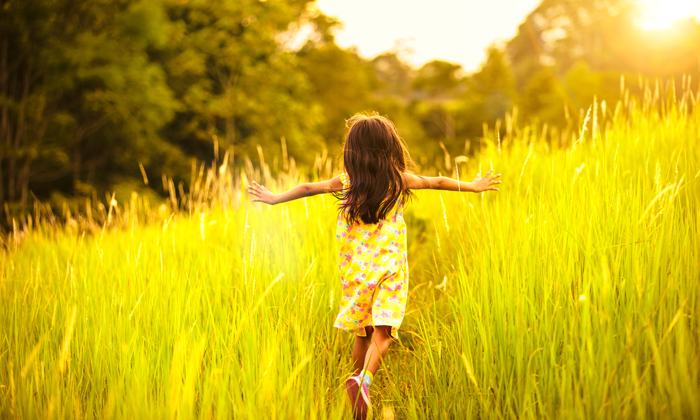 One out of four people is afflicted by allergies, and this number is on the rise. Watery eyes, a tingling sensation in the nose, asthma attacks, eczemas and swollen mucous membranes are all symptoms most of us have experienced.

Experts anticipate that allergy diseases will continue to increase on an epidemic scale. Today, neither the reason that causes the increase in allergies is known, nor are the complex mechanisms of allergy development fully understood. However, recent studies point to one potential solution for preventing the manifestation of allergies: the right mix of microbes in our body.

We’ve known for some time that external factors can influence the extent to which children develop allergies. Older siblings are often more susceptible to allergies than younger ones for instance. And evidence suggests that children who grow up on farms or have more exposure to nature are less susceptible. Furthermore, contact with a broad range of microorganisms during childhood appears to be beneficial, whether it’s teething on other children’s toys, playing in the mud and dirt or being around cattle.

Breastfeeding has also proven to be effective in protecting against allergies for similar reasons: breast-fed infants acquire a completely different set of bacteria in the intestinal tract compared to infants who are formula-fed. It’s still unclear exactly how the mechanism for the individual mix of bacteria, the personal microbiome, influences and prevents allergy development, but there is extensive research underway in this field. We are just now beginning to understand that these friendly microbes can impact our health in a number of ways. Indeed, it is proven that our microbiome interacts with the immune system at a biochemical level by secreting functional molecules, which modulate signal pathways or immune cell reactions to downregulate immune responses or prevent overreactions.

What happens in an allergy?

Allergies are caused by immunoglobulin E antibodies – or IgE for short – that recognise harmless molecules as a threat. These so-called allergens can be found on pollen, animal hair, fruits, vegetables and grain, in insect venom, household pests and mold, to name a few sources.

While the IgE’s intrinsic role in the human immune system is to defend parasites, when allergies develop the IgEs are misdirected. They bind to allergen structures and induce immune cells to release chemical mediators such as cytokines or histamines, which lead to the typical annoying symptoms. And it’s a very powerful system. The reaction takes just a matter of seconds to minutes, while other parts of the immune system need days to mediate a response; an advantageous approach when immediately combating parasites, but a precarious mechanism when the allergy is caused by a bee sting, which can lead to anaphylactic shock.

Numerous studies indicate that breastfeeding is associated with health benefits for infants and mothers. The consensus is that breast milk – meanwhile staking the claim as the gold standard – provides the ideal energy and nutrition level every infant needs. The World Health Organization (WHO) recommends that mothers rely solely on breastfeeding for the first six months, supplemented by other forms of nutrition until the child turns two.

Another factor that is responsible for the health benefits of human milk, such as protecting against allergies, is specific sugars in unique quantities and compositions. Known as human milk oligosaccharides or HMOs, these structurally diverse, unconjugated glycans are synthesised in the mammary gland and are specific to every single mother. Every woman synthesises an individual set of sugars in her milk, whose composition furthermore changes over the course of lactation. While we find about 20 to 25 gram of HMOs per litre in colostrum, which is the first milk produced directly after birth, this amount decreases over time. Mature milk only includes between 5 to 20 grams per liter, but even this is much more than in any other mammal species.

More than 150 HMOs have been identified in humans so far. No other animal has such high quantities or structural diversity when it comes to milk oligosaccharides. In cows, goats, sheep and pigs, the oligosaccharide concentration in the milk is 100 to 1000 times lower than in humans; a truly remarkable statistic.

How human milk oligosaccharides interact with our immune system

HMOs can influence immune cell responses. They affect the immune system in two ways; first indirectly by changing the infant’s intestinal microbiome and secondly, through the direct modulation of immune responses by acting on immune cell populations and the secretion of small immune-stimulating proteins called cytokines.

A balanced intestinal microbiome is crucial for the proper development of the immune system in early life. This is exactly what HMOs guarantee; a gut flora dominated by beneficial bifidobacteria and lactobacilli strains because HMOs are the preferred nutrients for these bacteria. In contrast, the microbiota in newborns that lack these bacteria have shown to precede allergy illnesses.

As already mentioned, there is little research available to detail how HMOs bolster the immune system. In a recent study, however, an analysis of 6’-sialyllactose and 2’-fucosyllactose HMOs revealed that they modulate human epithelial cell responses related to allergy diseases.

While it’s good to know how breastfeeding helps babies from developing allergies, what if breastfeeding is not possible because the mother can’t produce enough milk, doesn’t want to breastfeed or is unable to because of medications she might be taking?

HMOs can be produced with biotechnology. Special, genetically-engineered microorganisms can synthesise these sugars in a fermentation process – and Jennewein Biotechnologie is a pioneer in this field. It is the first company to successfully produce 2’-fucosyllactose and receive market approval from the FDA for use in infant and toddler nutrition in 2015. The first infant formula containing our HMO was introduced to the US market in 2016. Since 2017, Jennewein’s 2’-fucosyllactose is approved in the EU and is available in select European countries. Today, it is used to supplement baby nutrition in many countries around the globe.

The company is aiming its sights higher, however. Jennewein Biotechnology has the expertise to produce other high-quality HMOs on a large-scale, such as 3’-fucosyllactose, 6’-sialyllactose, 3’-sialyllcatose, lacto-N-tetraose and lacto-N-neotetraose. Additionally, its research and development focus a group of complex HMOs which are potentially associated with cow’s milk allergy. Currently, Jennewein Biotechnologie runs a clinical trial with an infant formula containing a combination of five HMOs reaching the next step in mimicking the HMO profile of human breast milk.

HMOs – for the best start in life

By Claudia M Hüther-Franken (on behalf of Jennewein Biotechnologie)